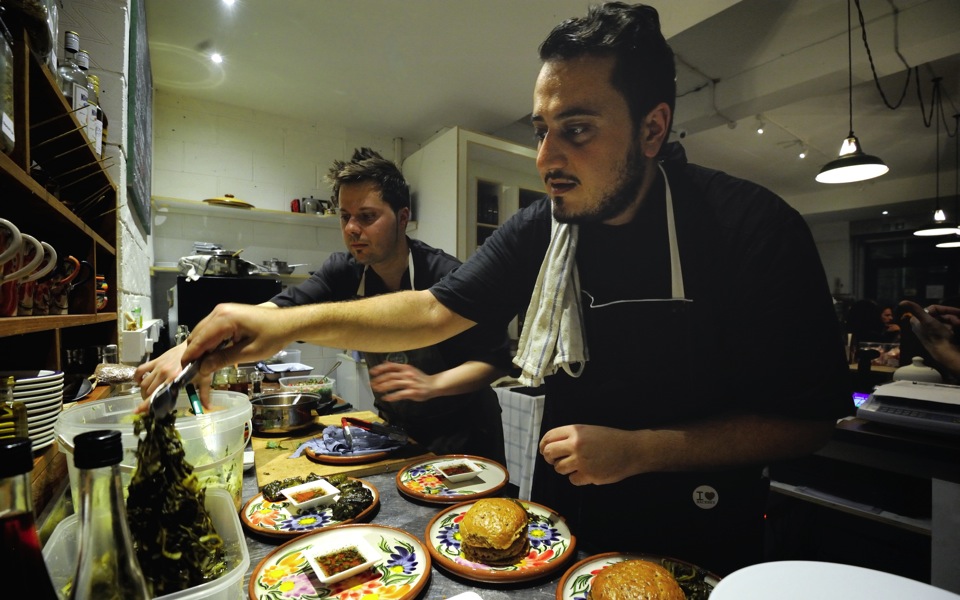 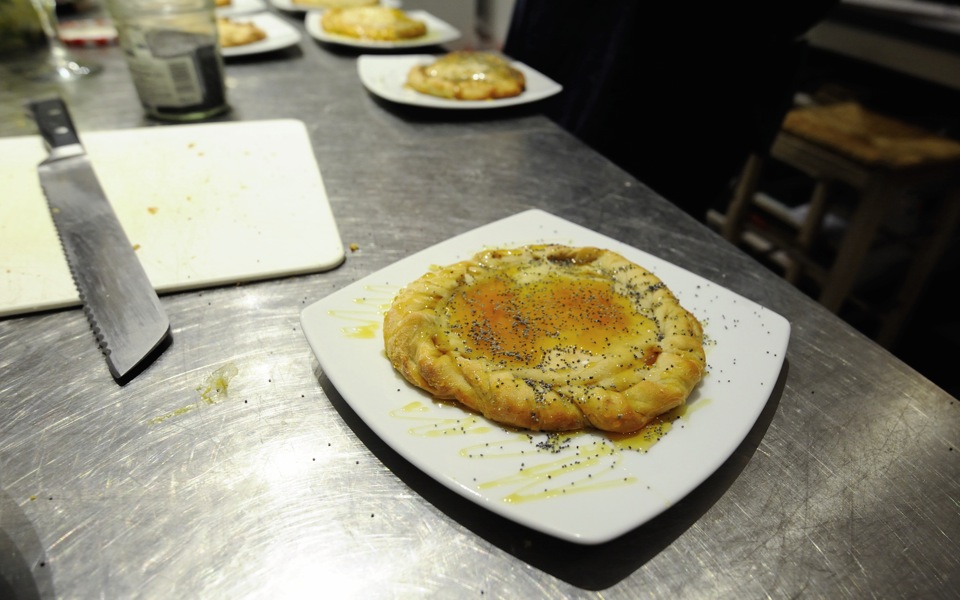 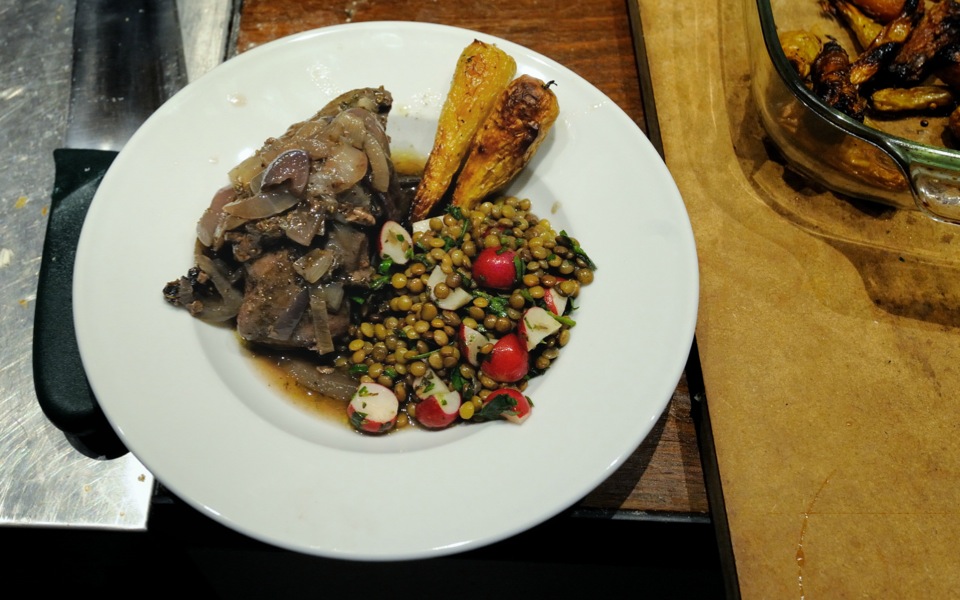 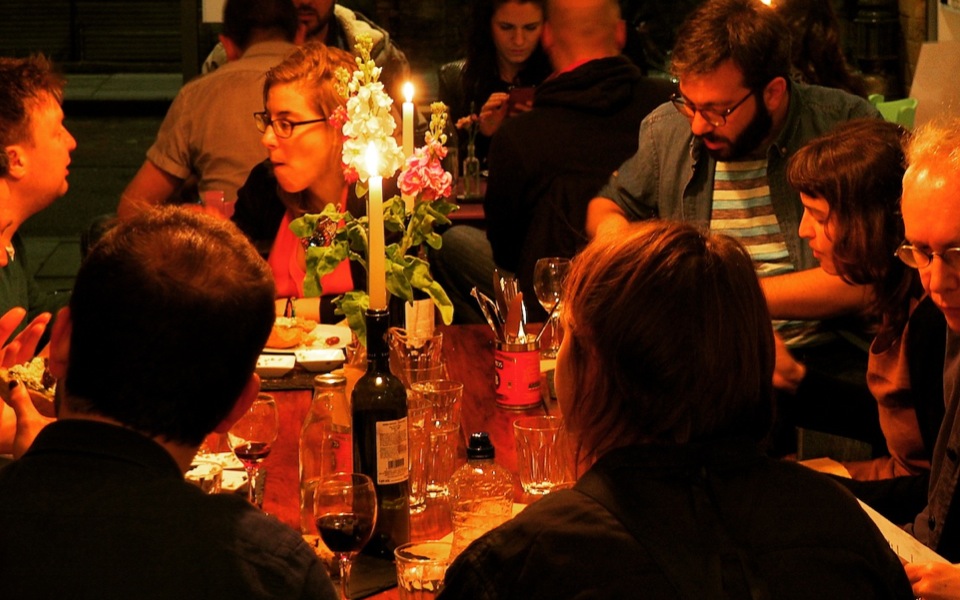 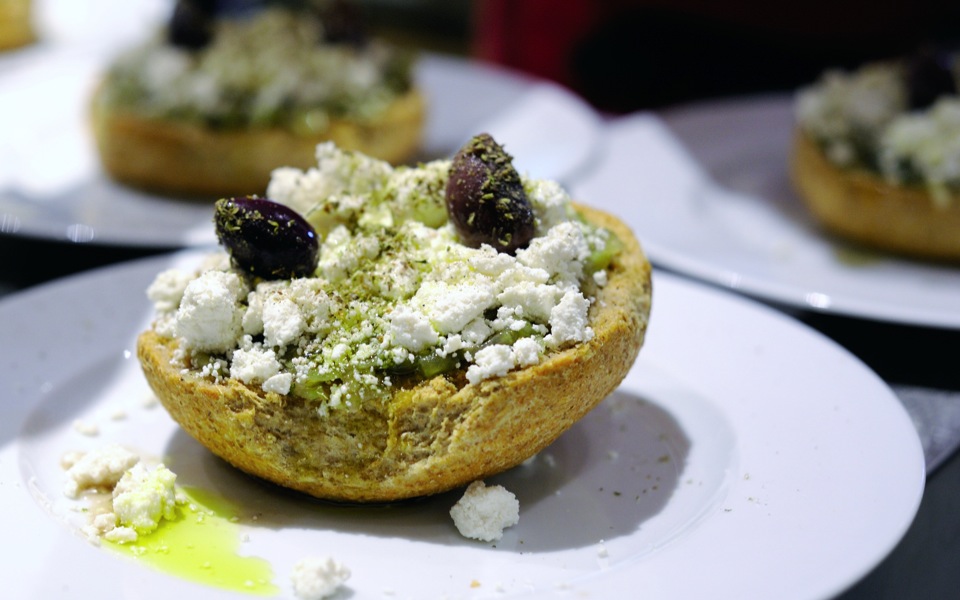 Ever wondered what Odysseus ate on his long journey back to his native Ithaca or what bread made from a 2,500-year-old recipe might taste like? The flavors of the ancient Greek world are being rekindled in London at the moment, in pop-up dining fashion.

Prepared by The Philosopher’s Stove team, the meals are based on recipes found in ancient manuscripts or fusions of old and contemporary culinary traditions. The ad hoc dinners began in May this year, with an emphasis on venues located in the British capital’s northeast.

“Given that we cannot re-enact the ancient Greek flavor palette, our project is an attempt to interpret the recipes through today’s contemporary reality, based on our own flavor horizon,” noted Stathis Georgiadis, a historian and co-founder of The Philosopher’s Stove. “We try to be as faithful as possible to recipes and references we come across to during our research, always working with the ingredients used back then. The feedback we get from those tasting our dishes is that the food is tasty, special and kind of off-the-beaten-culinary track.”

So far diners have been savoring a collection of antiquity-inspired dishes, including Dionysus’ Finger Food, a platter of vine leaves stuffed with minced pork and fried shrimps in a sour honey dipping sauce, Circe’s Pig, triple smoked pork cooked in wine, white grape juice, honey and spices – a recipe found in a papyrus at ancient Oxyrhynchus – and Cicero’s Burger, a vegetarian mix of chickpeas, walnuts, onions and spices, served with a smoked yogurt sauce and fresh coriander.

Ancient Greek poet Archestratus is widely considered to have laid the foundations for the art of gastronomy in 4th century BC Syracuse. His culinary laws included the use of quality ingredients in harmonious combinations, light sauces and a touch of spice.

The culinary spine of ancient Greek nutrition, says Georgiadis, was based on cereals, bread, fish, dairy products, cheese, eggs, honey, legumes and certain fruits – at the banquet table these were frequently accompanied by watered wine.

Have contemporary Greeks kept anything from the nutritional teachings of their ancestors?

“They certainly have. Above all, the high quality of raw materials produced on Greek soil and the purity of a number of ingredients which are intrinsically linked to Greek cuisine, such as olive oil,” noted Georgiadis. “It’s also about a certain balance and a sense of gastronomic wealth – this kind of cuisine includes almost everything. Another major factor is the notion of gathering around a table as a means of socialization. The way we get together to eat and share our food, the transformation of ancient Greek symposia, and their importance for individuals and society as a whole.”

A love of food and cooking is what brought The Philosopher’s Stove team together in the first place. Georgiadis, the team’s researcher, studied translation, interpreting and applied foreign languages before penning “Ouzo,” a guide to the signature Greek alcoholic drink, while co-founder and head chef Thomas Ntinas gained solid experience in various professional kitchens, including London’s Abbey Road Studios. The team is completed by PR manager Christina Christodoulou.

“In the past we used to organize themed dinner parties for friends,” explained Georgiadis. “At a certain point we thought it would be a good idea for us to join forces and dedicate ourselves to a field which had not been explored. During our research we realized the wealth and possibilities of ancient Greek cuisine and somehow it became our favorite. The fact that we did not come across anything similar elsewhere clearly played a decisive role. We also worked, to a smaller extent, on other themes, such as ancient Roman cuisine, while we organized an ancient Celtic banquet.”

The team is currently developing a dinner featuring Byzantine dishes which will be accompanied by live Byzantine music, as well as a series of events dedicated to the world of fiction, including a “Game of Thrones” evening and a tribute to the “adventures of Asterix and the appetite of Obelix,” as Georgiadis put it.

London was a natural choice for the team’s culinary ventures given that two-thirds of the team had been residing in the city for a number of years.

“The project was not the result of the Greek crisis, but more of a challenge, our own personal bet,” noted Georgiadis.

The decision for the cuisine to have a pop-up character, at least for the time being, was due to a number of reasons, he says, including a lack of capital to invest in a space of their own. The idea of testing their abilities in real and different conditions was also appealing, while the entire project remains a work-in-progress experiment and market research operation in an attempt to determine whether or not their concept is considered sufficiently interesting to attract enough people.

In the meantime, besides working up an appetite, diners attending the pop-up sessions do so with a feeling of anticipation and surprise. In some cases, they do their own homework before arriving for a meal.

“This is a feeling we mainly come across with private supper clubs, where the number of tickets is limited and admission is paid in advance,” noted Georgiadis. “I also believe that the restaurants, pubs and delis also benefit from this concept because they provide special choices to their clients, keeping them on their toes.”

Up to now, the reaction has been “absolutely positive,” according to Georgiadis. While diners are encouraged to leave their comments on The Philosopher’s Stove Facebook page, fellow chefs are interested in finding out more about how the team works.

“We discuss recipes and exchange ideas, always keeping in mind that we’re talking about a cuisine which is thousands of years old,” said Georgiadis. “As for the feedback from our events, it’s no coincidence that we are asked back to most of the restaurants, back to the ‘scene of the crime.’”

The team orders certain ingredients directly from Greece, while others are purchased from small, independent producers in London.

Following the success of the series, the team is currently in discussions regarding pop-up possibilities in cities around Greece as well as in Madrid. In the meantime, Georgiadis is exploring the culinary work of philosopher-mathematician Pythagoras, also a 6th century BC vegetarian.

With London ranking among the top culinary global capitals, what does The Philosopher’s Stove bring to the city’s food scene?

“As strange as it may sound, we do offer something new – and at the same time so old – to the city’s gastronomy,” noted Georgiadis. “While there are other themed dinners organized around town, I don’t believe we have come across this combination of historical research and a concept centered on cooking, aimed at a broad audience at highly affordable prices, ever before. Nor had we heard of ancient Greek cuisine in London before.”

National Printing House opens its doors to artists and the public