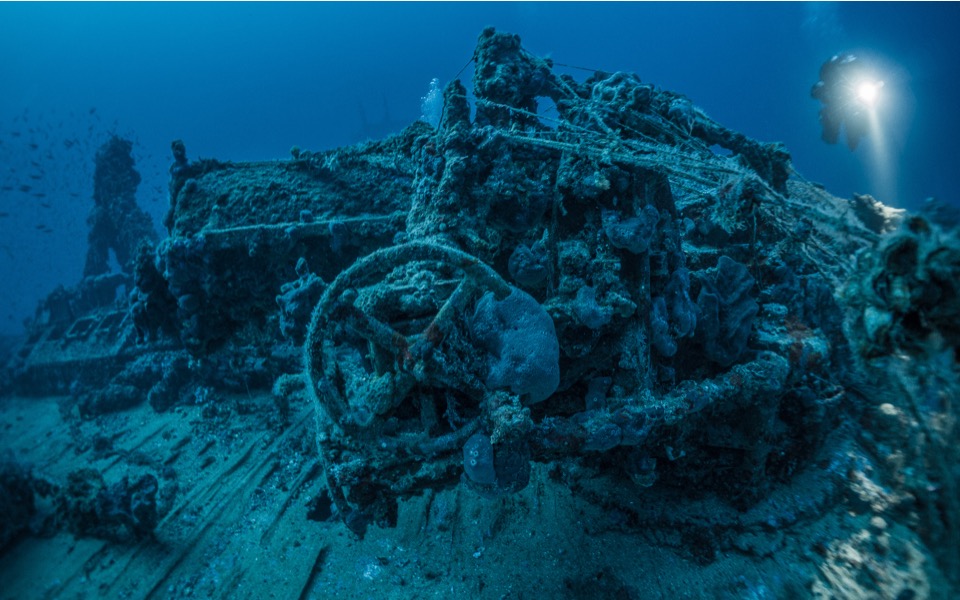 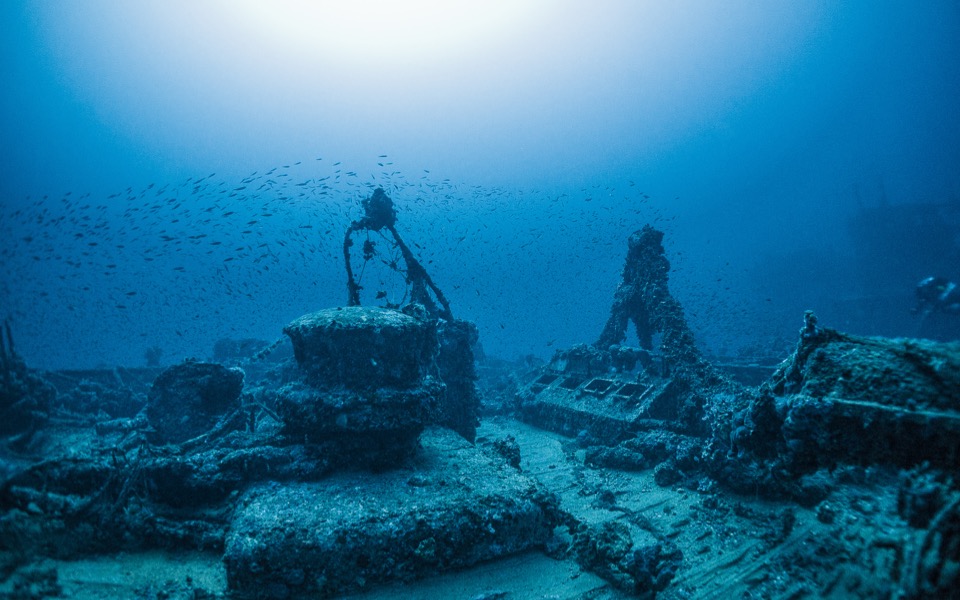 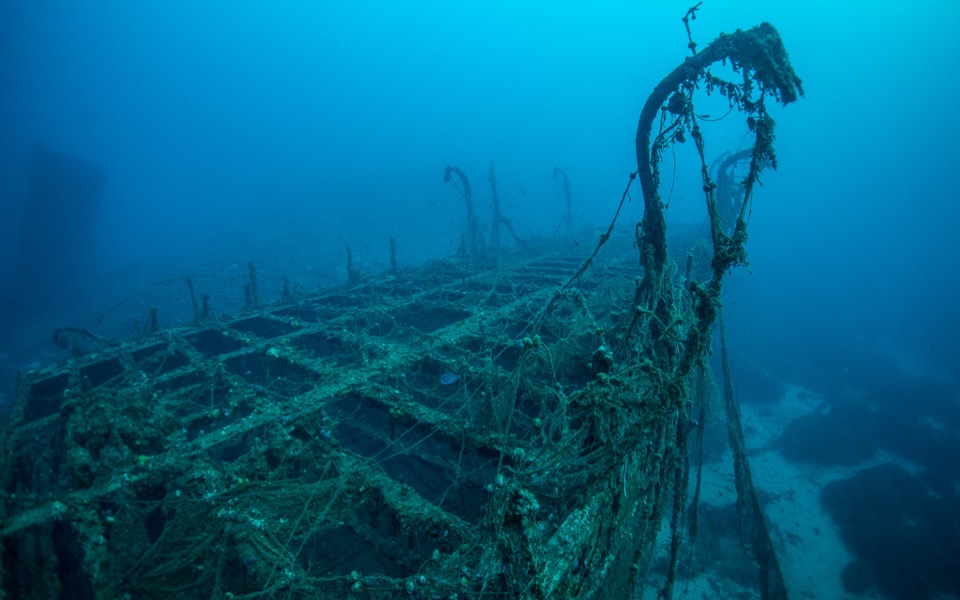 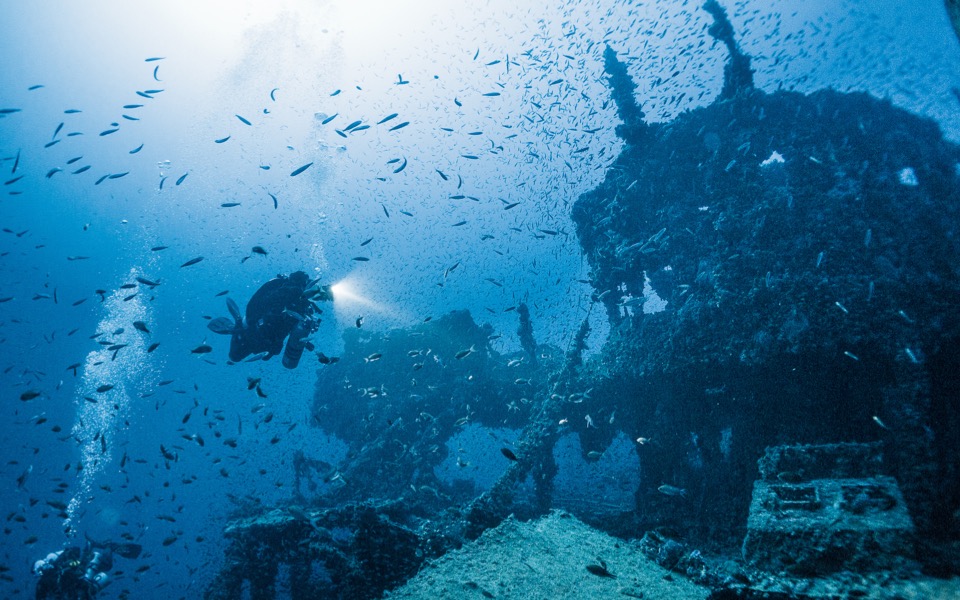 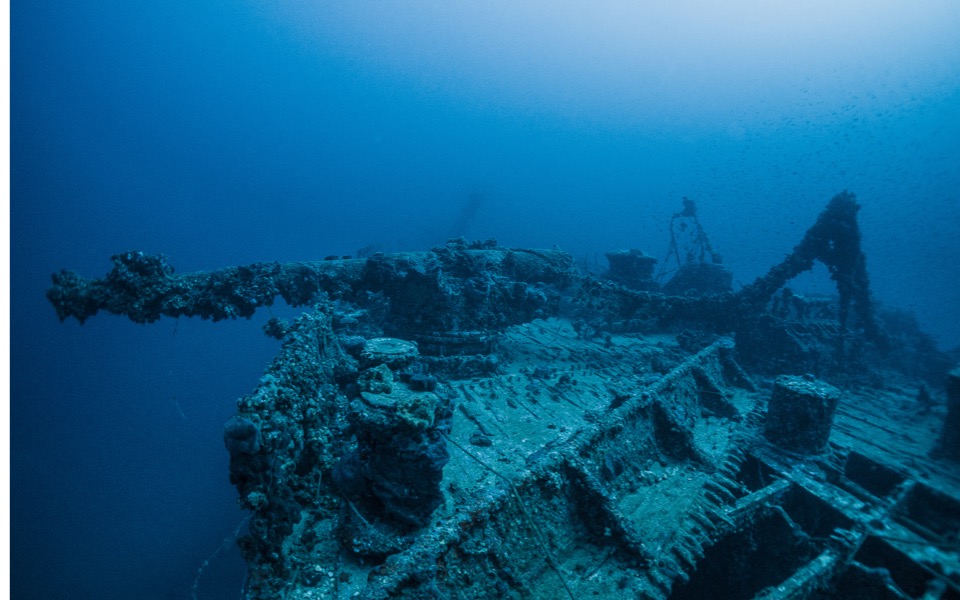 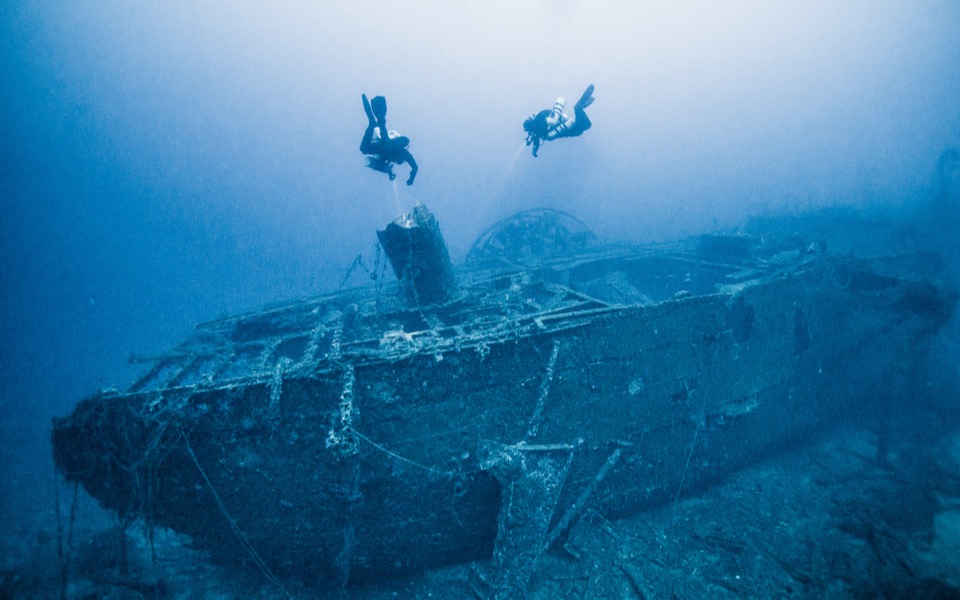 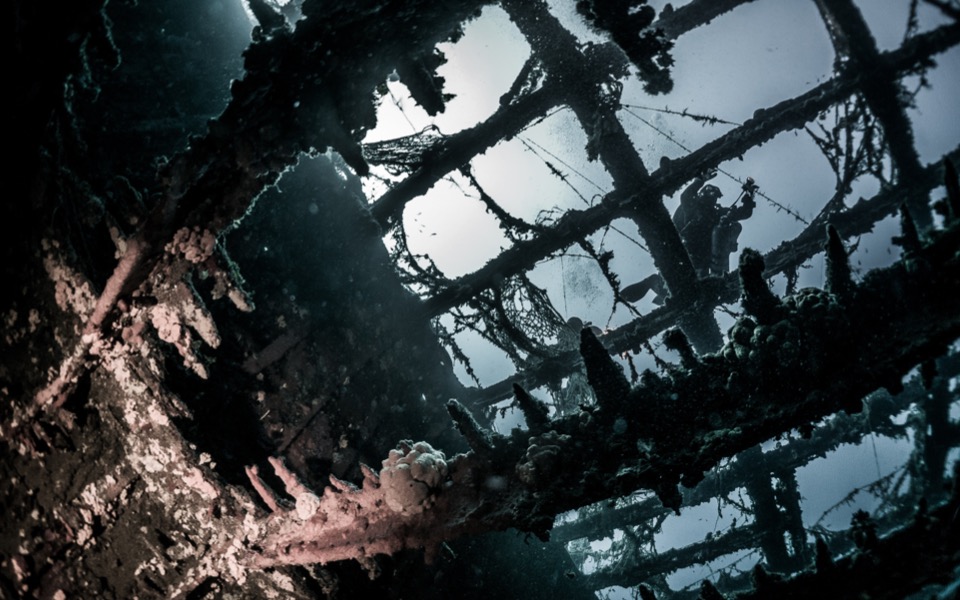 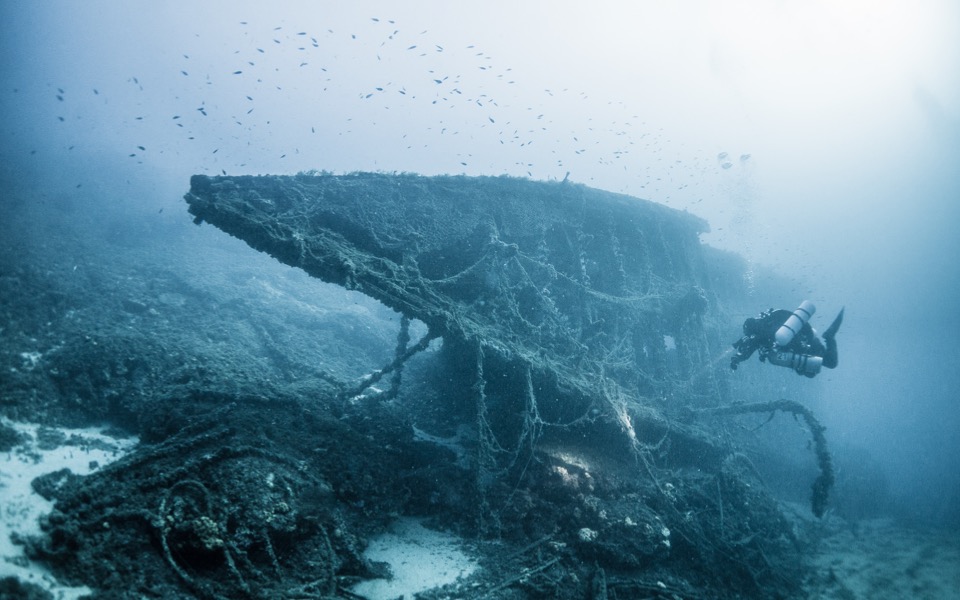 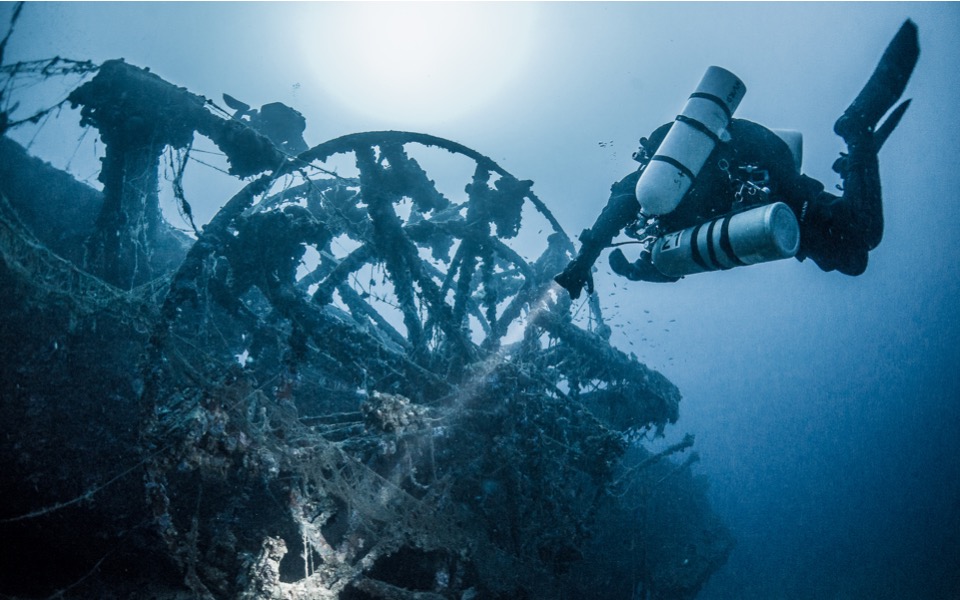 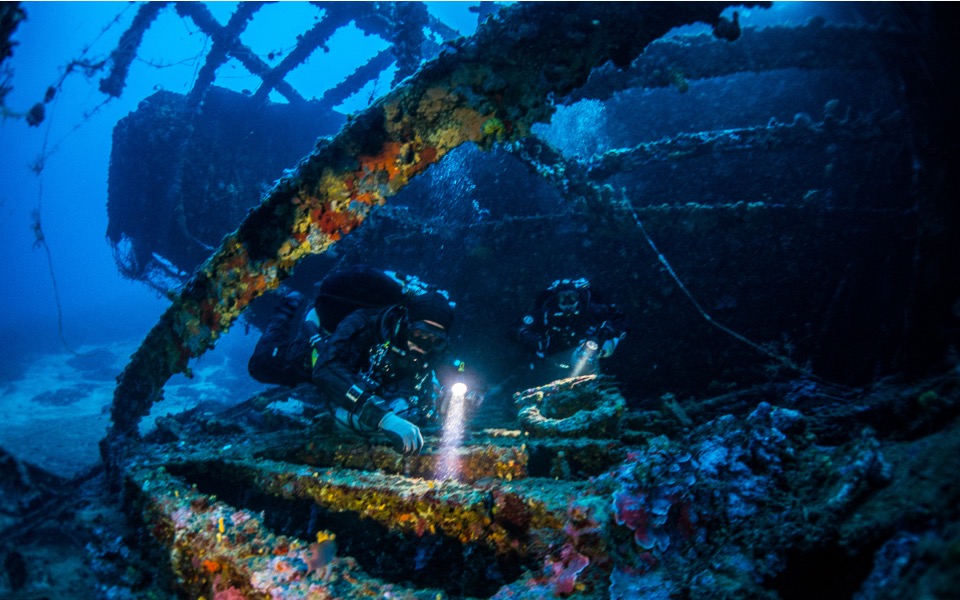 Two ocean liners requisitioned for the World War I effort sailed into the Aegean in November 1916, just a week apart. The first, the SS Burdigala, was being used by the French to transport troops and ammunition to the Balkan Front. The other, the HMHS Britannic, a sister ship of the Titanic, was put into the service of the British and transformed into a floating hospital in the Mediterranean. Both went down, separately, in the Kea Channel, in almost precisely the same spot, after ramming into mines – both sinkings are attributed to the same German U-73 submarine.

Today, just 2 nautical miles separate the two hulls, resting on the seabed for the past century. The Municipality of Kea and the Friends of Kea Society are commemorating the sinkings and on the occasion of their centenary are organizing a series of events on the island from September 30 to October 2.

The events will include an honorary tribute to the dead and wounded, as well as the placement of two bronze commemoration plaques at a depth of 100 meters near the wrecks. There will also be an international conference titled “The SS Burdigala & HMHS Britannic Wrecks,” which will include a presentation of the history of the two ships and the findings of exploratory missions, shedding light on the secrets kept closely by the Greek seas for the past 100 years.

Distinguished scientists, historians, wreck researchers, politicians, diplomats, military officers and businessmen from Greece and abroad are expected on the island, which is also hoping that the event will advance its bid to establish Kea as an international diving and tourism destination.

From their construction to their demise, the two ships are an important part of maritime history and evolution, built at a time (between the late 19th and early 20th century) when fast, safe and comfortable sea travel was still a major challenge.

The SS Burdigala was built in 1897 for German shipper Norddeutscher Lloyd and was originally called the SS Kaiser Friedrich. Intended to dominate the North Atlantic route, it was a jewel, with luxurious lounges and leisure facilities, broad decks and a capacity for 1,350 passengers. However, it became apparent from the get-go that the SS Kaiser Friedrich did not have the speed needed to cross the Atlantic within the six-day limit set by the company. This weakness spelled doom for the liner, which was abandoned for 12 years at the port of Hamburg, becoming the symbol of a grand vision but also a spectacular failure.

Eventually it was taken up by the French company Sud-Atlantique in 1912 and renamed SS Burdigala. It was subsequently commandeered for service in World War I and transformed into a troop carrier. On the morning of November 16, 1916, while en route from Thessaloniki to Toulon to pick up more troops and war materiel, it went down northwest of Kea. The initial assessment was that it had been torpedoed but, as Dimitri Galon explains in his excellent and highly analytical essay on Keadive.gr, the most likely cause was that it crashed into a mine laid by the U-73. The ship was considered lost in the Greek seas until quite recently. It was in 2008 that the Kea Dive Expedition (KDE) approached the wreck, unaware at the time that it was the legendary SS Burdigala.

The second wreck is the HMHS Britannic, a splendid, 269-meter ocean liner built by Harland and Wolff in Belfast and launched in 1914 by owner White Star Line, which just three years earlier had seen its pride and joy, the Titanic, sink into the icy waters of the Atlantic. The Britannic was not as widely touted as its sister ship, yet it was considered superior in terms of safety features. Nevertheless, the Britannic’s fate was not much different. The HMHS Britannic was requisitioned just a few days after its launch by the Royal Navy and put to work as a hospital ship, carrying thousands of wounded from the Middle Eastern theater back to the United Kingdom.

On the morning of November 21, 1916, during her sixth voyage to the front and just seven days after the sinking of the Burdigala, the Britannic followed the French ship down to the seabed, taking with it 30 souls. The majority of those who had been on board were saved. As with the Burdigala, opinion was split over whether it was torpedoed or went down after hitting a mine, but in either case, it is again the U-73 submarine that emerges as the culprit.

The wreck was discovered in 1975 by Jacques Cousteau, at a depth of 100 meters.

The two wrecks today serve as an underwater memorial to World War I and also an enormous challenge for explorers looking for lost truths from a different era off the coast of Kea. Photographs and videos from the sites of the two sinkings are quite breathtaking, as the two once-proud ocean liners appear to have come to terms with their eternal stillness, becoming a part of life beneath the dark and silent sea.

The story of the man behind the legendary Zonars