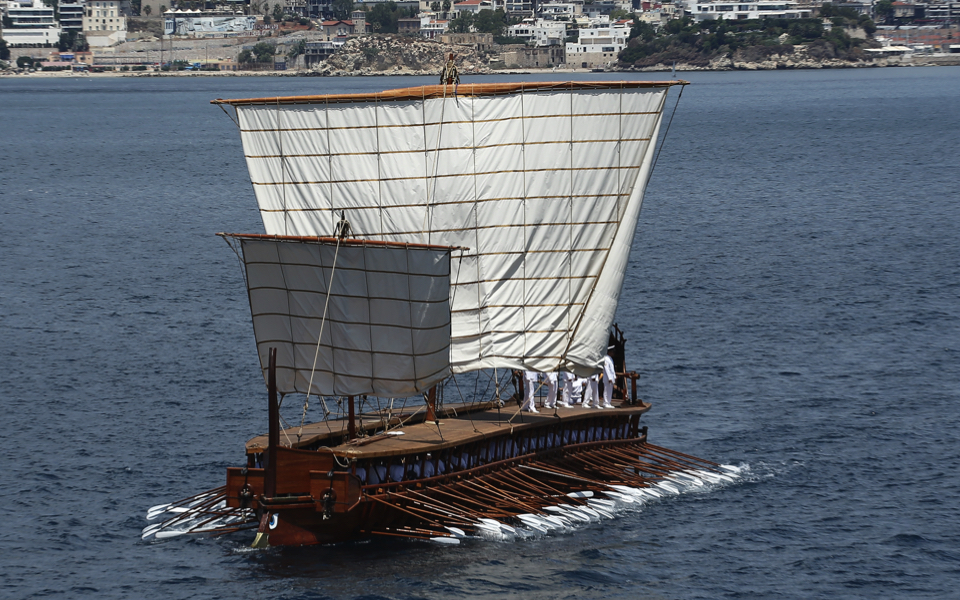 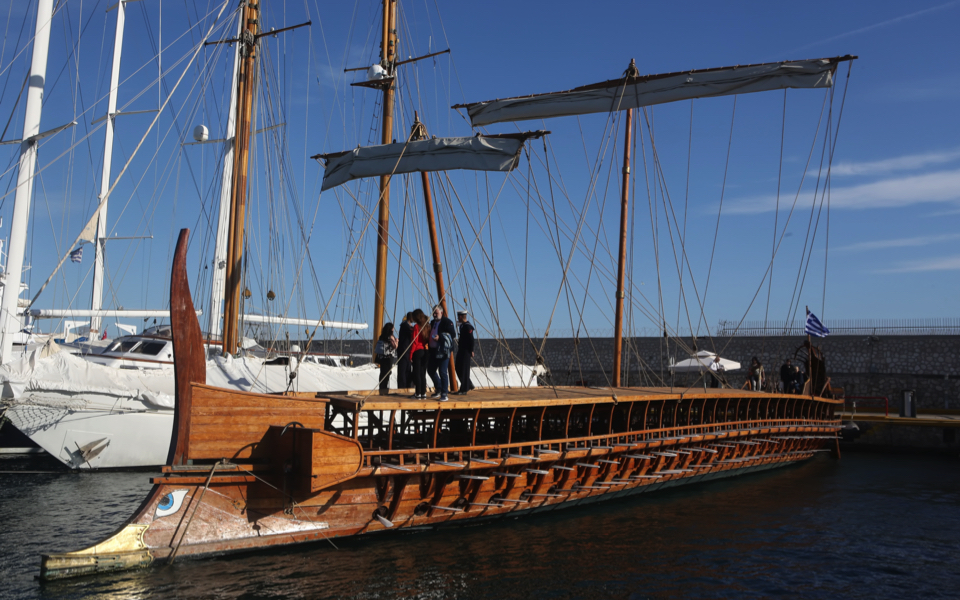 The Olympias, a reconstruction of a 5th century BC Athenian trireme, anchored at the Zea Marina in Piraeus port Thursday for the fifth straight year as part of the Sea Days 2019 initiative to raise public awareness on the marine environment.

The ship, belonging to the Hellenic Navy, was welcomed Thursday by Piraeus Mayor Yiannis Moralis.

The Olympias was constructed between 1985 and 1987 and is considered an important example of experimental archaeology. It was used to transfer the Olympic Flame from Keratsini to Piraeus for the Athens Games in 2004.

The colors and design of the Parthenon frieze