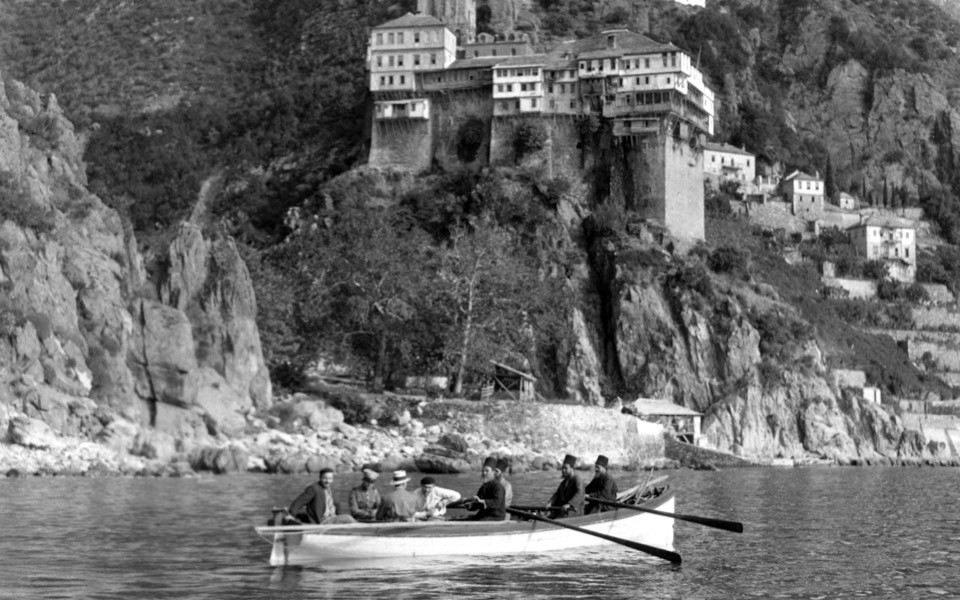 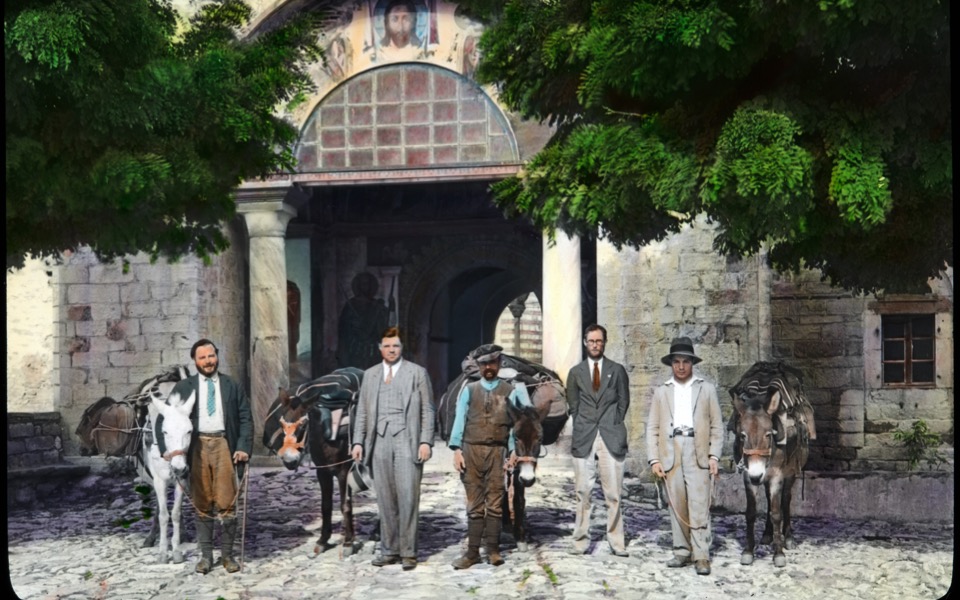 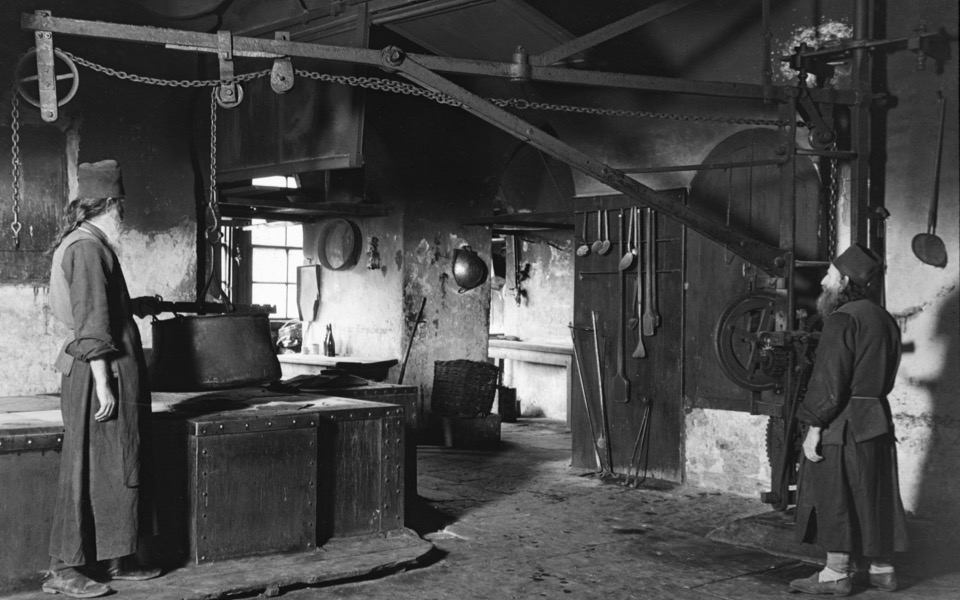 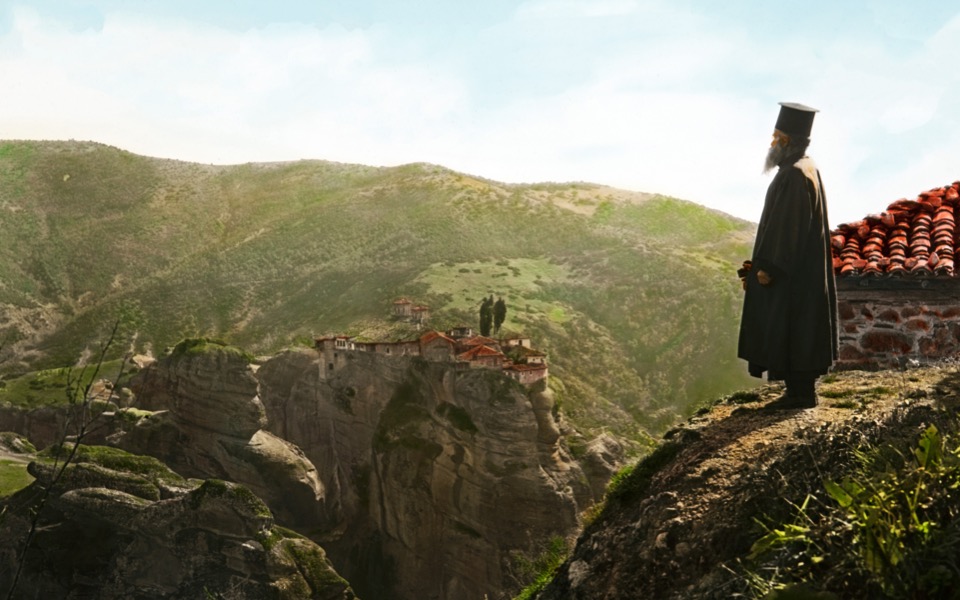 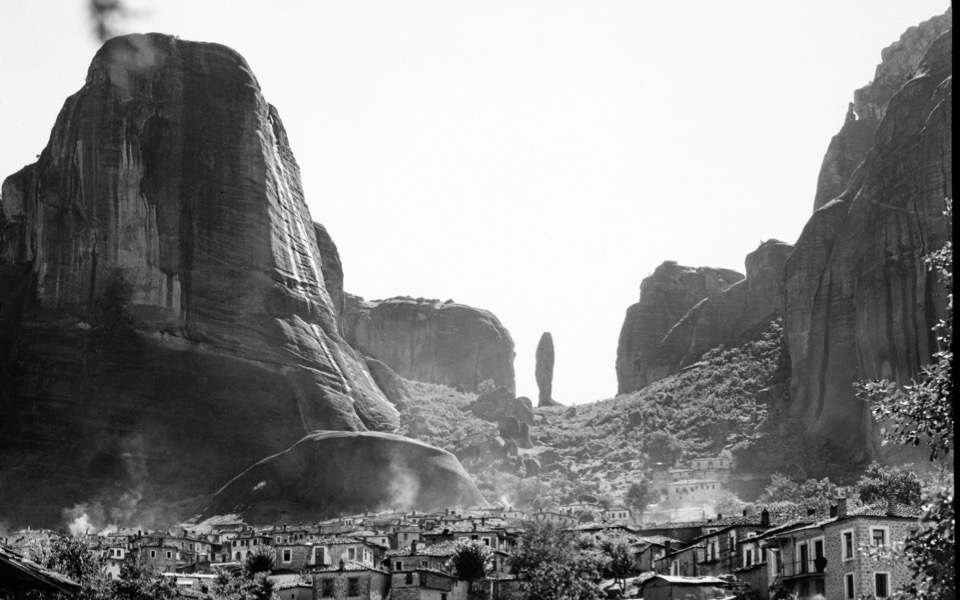 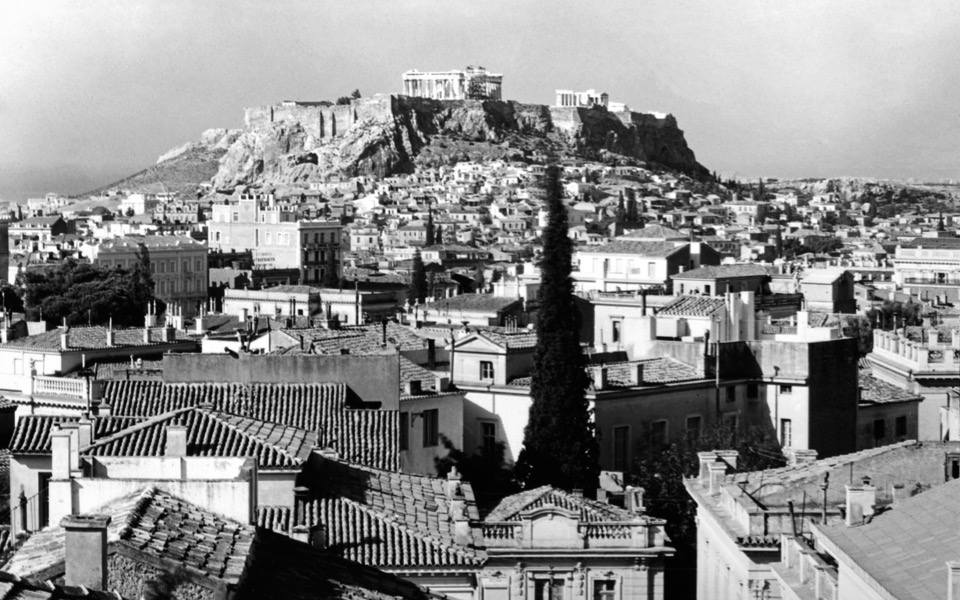 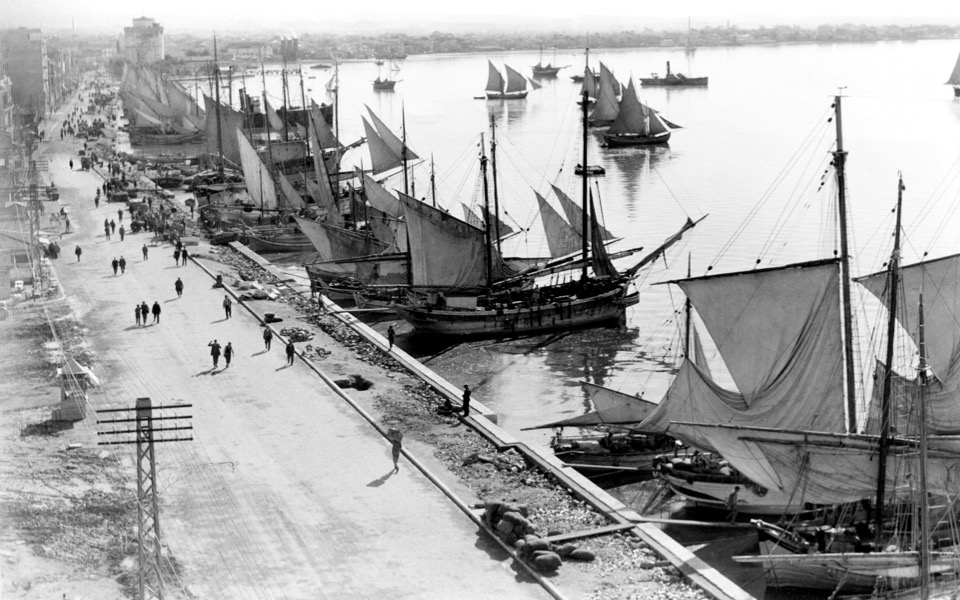 These days the discovery of film footage shot in Greece in 1929 is greeted with the same excitement as that for an ancient archaeological find. Especially when the moving image is accompanied by a rich archive of rarely seen shots of the country taken by award-winning American photographer and cinematographer Floyd Crosby (1899-1985).

This visual treasure, which had lain “buried” for decades, was discovered at Princeton University in the United States in 2017, and the initial results of research being conducted by experts at the Mount Athos Center in the northern port city of Thessaloniki suggest that it is a record of the first known mission conducted by American travelers to Mount Athos and Meteora, a mission by three artists to document these two sacred locations. A 33-minute film and 336 photographs are what survive from that journey.

The project was titled “No Woman’s Land” and was aimed at conveying images from “a fantastic place because it was unlike any place in the world. No women had lived on this peninsula for 700 years, and they didn’t even allow female animals,” as Crosby said in 1972, talking about the two-month mission.

The cinematographer had turned down a film with director Robert Flaherty in order to pursue the project. Two years later, in 1931, though, he won the Academy Award for Best Cinematography for “Tabu: A Story of the South Seas,” a silent film directed by F.W. Murnau, and in 1952 he received rave reviews for his impressive black-and-white cinematography in what is arguably one of the best films of all time, Fred Zinnemann’s dramatic western “High Noon.”

It was the late 1920s, when sound in motion pictures was still at an experimental stage, that Crosby and architect/artist Gordon McCormick (1898-1967), a member of the family that revolutionized the agricultural industry in the early 19th century, were convinced by Russian painter and explorer Vladimir Perfilieff to organize a trip to Greece to explore the two famed monastic communities. McCormick bankrolled the expedition and it was organized by Perfilieff, an emigre from eastern Siberia who had fled to the United States after the October Revolution and after fighting in World War I. He knew the history of Mount Athos and had contacts among the monks of the Russian Monastery of Agios Panteleimon.

Armed with the most technologically advanced still and film camera equipment available at the time, the three artists are believed to have landed in the Greek port of Piraeus during the fall of 1929. One photograph and two pieces of film of the Acropolis and Lycabettus are all that we have from their sojourn in Athens, as well as four photographs of Thessaloniki, their second stop, during which they possibly stayed at the Mediterranean Palace hotel.

Their expedition to Mount Athos (where they were accompanied by 20-year-old Anastasios Hadzimitsos, who went on to become an English language teacher as well as a writer and poet) and Meteora lasted two-and-a-half months.

“No journals or documents recording the expedition have survived, so we don’t know the details of the trip, the contacts they made and the monasteries they visited. A table that Gordon McCormick compiled much later – possibly when he gave the material to Princeton, of which he was an alumnus – attempting to identify the locations and monasteries they had visited against the photographs, is full of mistakes, suggesting that it was not compiled during the time of the journey,” explains the director of the Mount Athos Center, Anastasis Douros.

The only reliable surviving source of information comes from an interview with Crosby by writer Nick Pasquariello, an oral testimony in the possession of the American Film Institute. The cinematographer says that the purpose of the expedition was to acquire footage that Perfilieff could use in his lectures. “There were no roads, just paths, and every place you went you either rode a burro or walked. All you ever heard was church bells and wood chopping, they did some lumbering there, and they made some wine. It really was a fascinating experience,” he says, remembering Mount Athos.

The spark that set off the investigation into that expedition was the discovery of a small barrel found at the back of a cupboard in 2017 during a move at Princeton’s Department of Art and Archaeology. The barrel contained nine canisters of nitrate film with footage from Mount Athos, Meteora and Kalambaka. Some were in relatively good shape, others were completely ruined. The research into their provenance started when they went for digitization. Julia Gearhart, curator of image and historic collections at Princeton, and Maria Alessia Rossi, a postdoctoral fellow at the university’s Index of Medieval Art who has Greek roots, linked the content of the films to an album of photographs that had been sat in the university’s archives unexplored for decades. The puzzle is becoming clearer thanks to the painstaking research being conducted by Douros and his team of scientists and researchers. The photographic archive comprises 80 glass lantern slides, of which 16 are colored, and 256 printed black-and-white photographs of varying sizes. Of these, 268 are of Mount Athos, 51 of Meteora and Kalambaka, four of Athens and Thessaloniki, and 12 of unknown locations.

In contrast to most other expeditions to Mount Athos (like that of Frederic Boissonnas), this one was not religious in nature, nor was it aimed at recording its heirlooms and treasures. The American expedition focused on daily life at the monastic community, the monks’ ministrations, interesting architectural elements, and the people who lived in the community. The photographs consist mainly of portraits, images of group activities like the grape and walnut harvests, meals etc, and shots of several monasteries’ interiors and exteriors.

In Meteora, apart from the monasteries and sketes perched atop the rocks, the team recorded scenes of shepherds coming down to the Thessaly plain for the winter. Watching barefoot women wading across the swift and icy waters of the Pineios River while the men rode on horseback must have made an impression on the three Americans.

A good deal of the film and many of the photographs are dedicated to a specific Russian hermit. “His is a very complicated case,” says Douros. “His appearance, with a short beard and not wearing a cassock, as well as his behavior, raised a lot of questions about whether he was actually a monk. The initial thought was that these were staged images of an actor playing the monk.”

Researchers later discovered that the man in the photographs and on film is Father Ilya. He came from the Ukrainian province of Kamianets-Podilskyi and in 1904 he not only walked away from a good job at a factory of the influential Tereshchenko family to take up a monastic life, but spent 30 years living in a cave in the woods outside the Monastery of Agios Panteleimon. He lived on plants and nuts, did not speak and was dressed in rags that barely covered his body.

The high-quality prints and shots from that expedition are a valuable addition to the amazing catalogue of work on Mount Athos by foreign photographers like Piotr Sevastianov, Athelstan Riley, Ali Sami, Le Corbusier and Boissonnas.

The ‘No’ that changed perceptions of modern Greece

Roderick Beaton: Greece is a ‘work in progress’

A glimpse into the private life of Princess Sisi