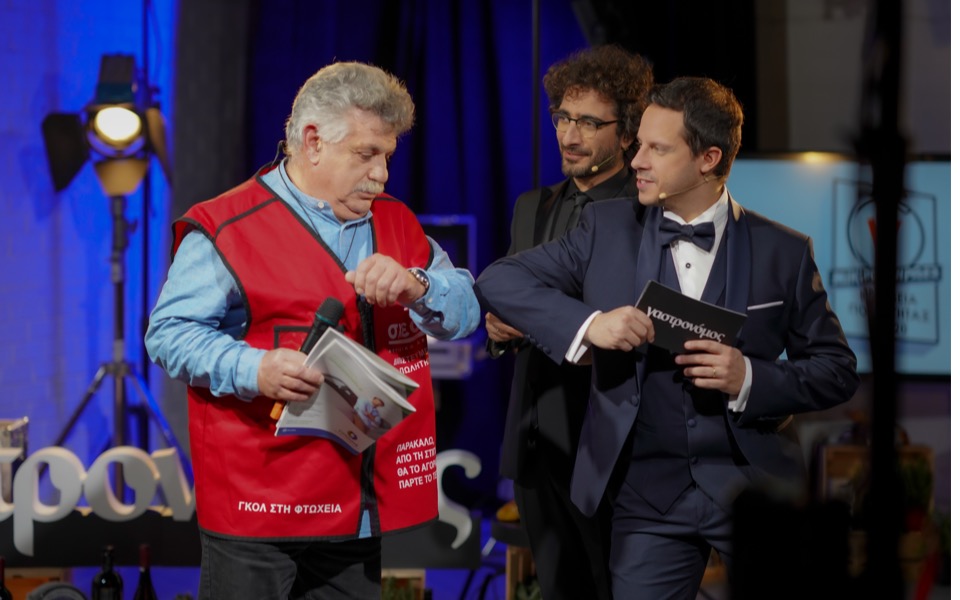 The famous Greek chef Lefteris Lazarou presented one of the Gourmet Awards and joined the hosts in a humorous tasting session. [Nikos Karanikolas] 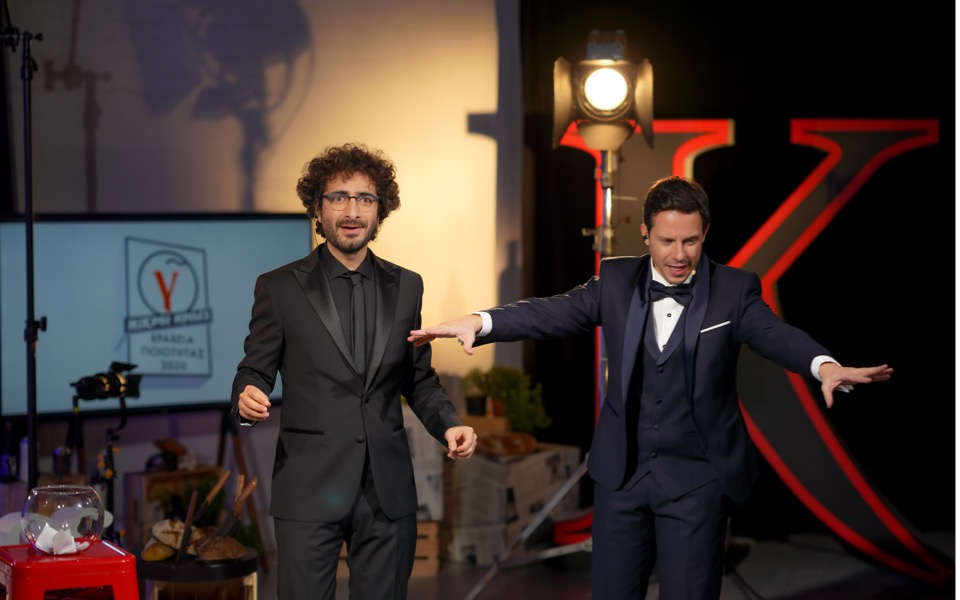 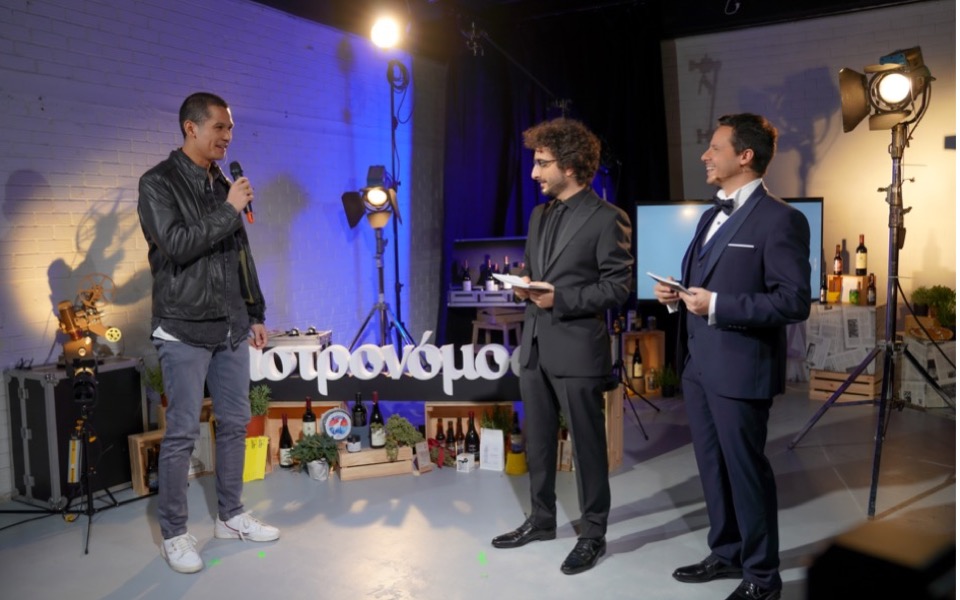 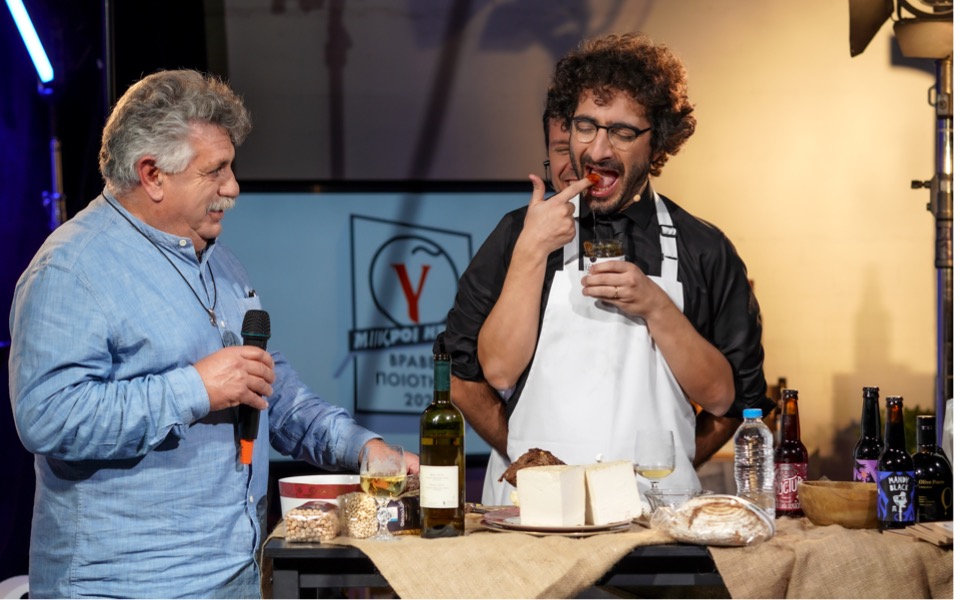 Famous chef Lefteris Lazarou presented one of the awards and joined the hosts in a humorous tasting. [Nikos Karanikolas] 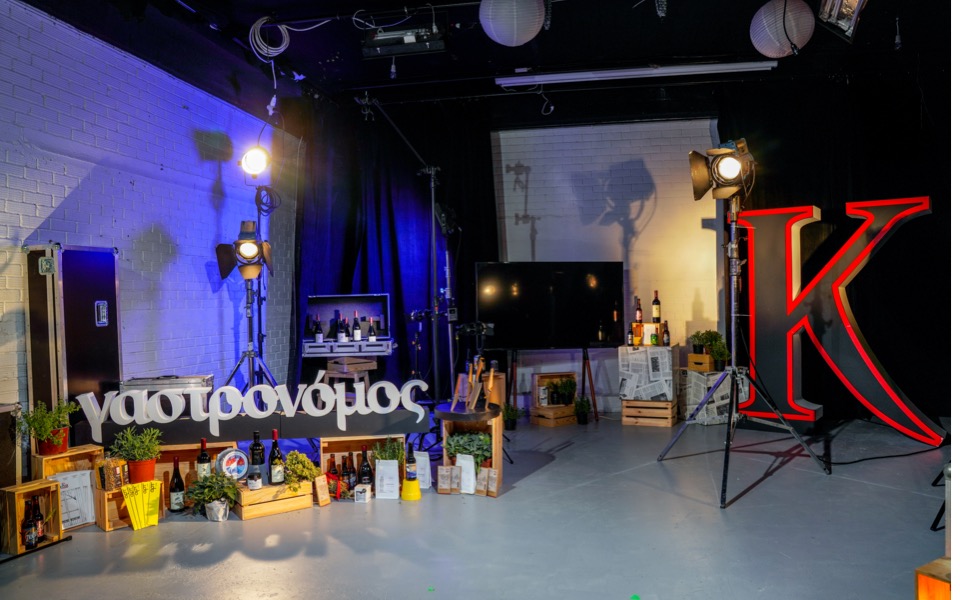 The Gastronomos Quality Awards are in their 13th year. This year, the aim was to showcase the “Little Heroes,” the generation that dared to create during the financial crisis and succeeded with whatever means they had at their disposal.

These are people in their 30s and 40s, who love nature, overflow with creativity and are among the best ambassadors for our country thanks to their products.

Due to the pandemic restrictions, the awards were presented digitally this year, and screened on Gastronomos’ YouTube channel on December 21. Besides the presenters, stand-up comedian Lambros Fisfis and actor Dimitris Makalias, two famous chefs, Sotiris Kontizas and Lefteris Lazarou, presented another facet of themselves, as comedians.

This went to Christos Alefantis, founder and editor-in-chief of street magazine Shedia. Alefantis is also the founder of Schedia Home, a restaurant in downtown Athens that also offers support to vulnerable residents.

The Babounis cheese-making business on the Aegean island of Naxos bagged this award. The family make exquisite traditional cheese from their own dairy herd. They also led efforts to have the island’s Arseniko cheese included on the European Union list of protected designation of origin (PDO) products under the name “Arseniko Naxou.”

The Lemnos-based company Salamousas Agrifood picked up this award. The owners, brother Panagiotis and Stergios Salamousas, produce and standardize legumes and cereals from ancient seeds, and have revived a number of local varieties.

This one went to Greek Picks (Ellinika Kaloudia), a traditional grocery store in the Koukaki neighborhood at the foot of the Acropolis. The owners, Stamatis and Theodora Tsikniadopoulou, offer a curated selection of organic and traditional products.

Alexia and Renela Giannakopoulou, two sisters from Thessaloniki in northern Greece, walked away with this award. The two forestry graduates cultivate organic herbs for medical and culinary purposes in the village of Monopigado near Thessaloniki. Their herbs are sold under the brand name “Inoni Greek Organic Herbs.”

This was won by Theodoros Koutsotheodoris, an optician who, inspired by his father’s effort to revive the family olive grove in Lakonia, quit his job to get into the olive oil business and created “OlivePoem,” which won Gastronomos’ blind tasting competition.

Named after the late culinary master and writer, this one went to the “Telis Giannena” handmade tools workshop owned by Rania Piteni and Vangelis Gogos, who continue the now-rare art of handcrafted knife construction, operating an 87-year-old family business.

Vassilis Koutroulakis, who escaped a “suffocating” city life for beekeeping, took this one. As an itinerant beekeeper, he carries his hives all over Greece, going after different flowering seasons. The result is several varieties of “Korys” honey, which came first in Gastronomos’ blind tasting competition.

This award, in honor of another noted Greek chef and author, went to Elissavet Koulouri, who started baking after a 14-year career in marketing. A baker with a modern outlook, she has been producing sourdough for four years. We can find her brand, Betty’s Bakery, at select delicatessens, grocery stores, supermakets and restaurants. She also does home delivery.

Kostis Dalamaras, who made a name for himself among both consumers and producers at the age of 30, collected this prize. After studying oenology in Burgundy, he took over the family Dalamara Winery, where he produces an exceptional Naoussa-type wine, which balances tradition and innovation.

This one went to three Greek microbreweries that excelled in Gastronomos’ blind tasting: Athens’ Noctua Athens Brewery, Strange Brew, a part of the nomadic breweries movement, and Mykonos Brewing Company.

Kross Coffee Roasters, the brainchild of Sotiris and Stavros Mikhail and Katerina Mavromataki, three young guys who brought speciality coffee to Hania, Crete, earned this award. From purchasing to roasting, everything in their shop reflects quality.

Cities and towns doing their bit to spread the holiday spirit

An intimate portrait of a great composer

Plans for Elytis museum in Plaka in final stretch