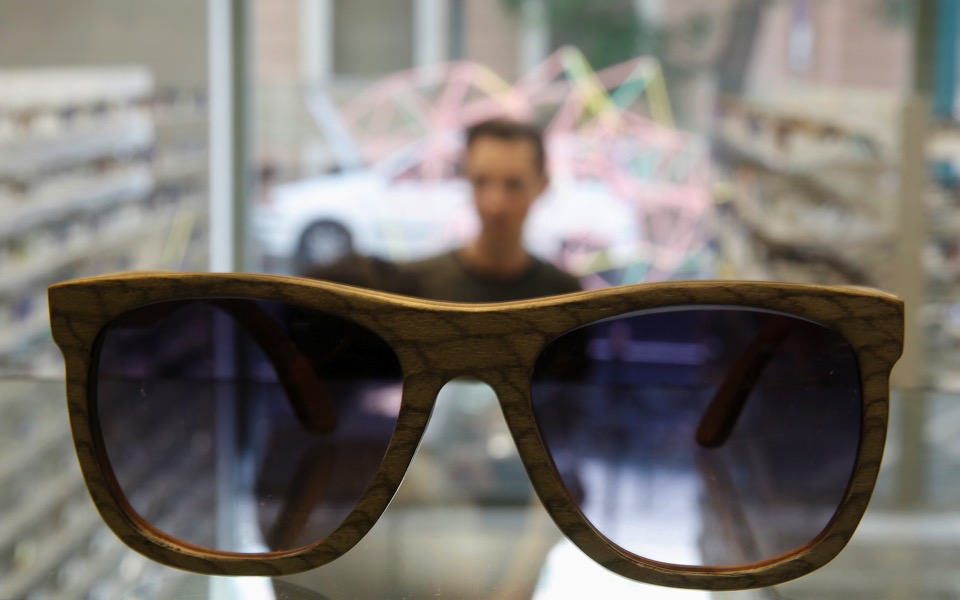 A pair of wooden Zylo sunglasses is on display at an eyewear store in central Athens, last month. 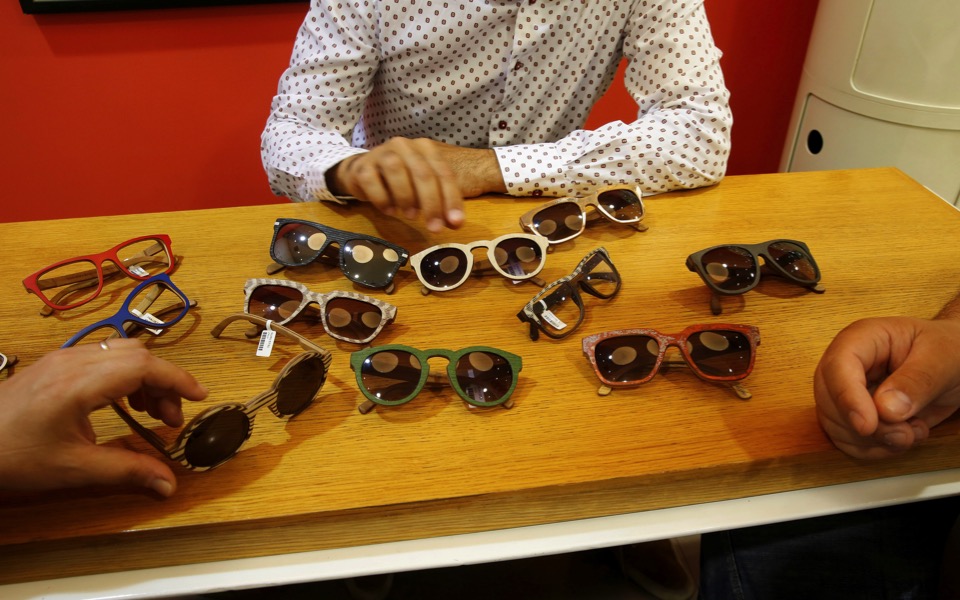 Pairs of wooden Zylo eyewear are on display on a desk at an eyewear store in central Athens, last month. 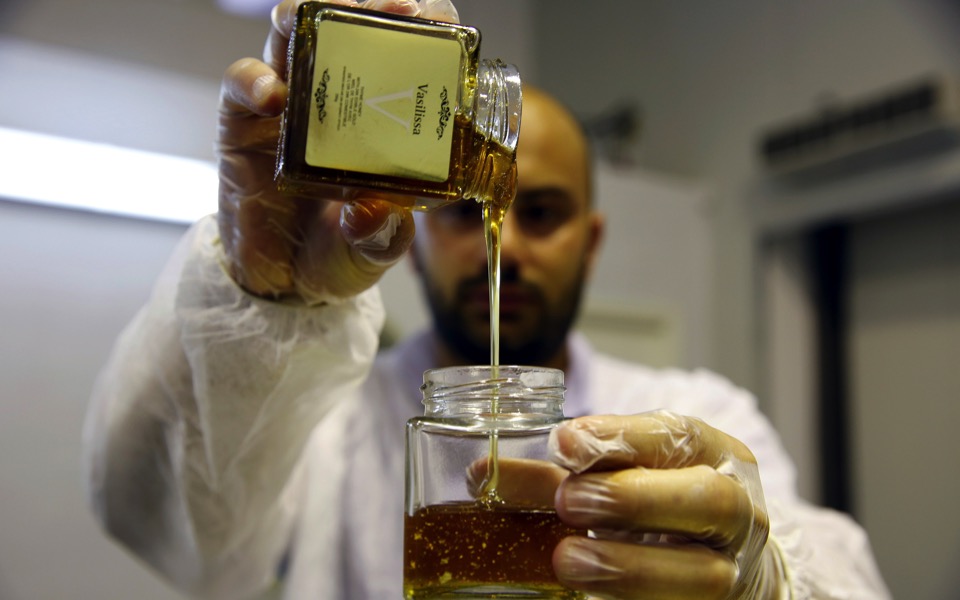 A worker pours thyme honey with edible gold in a jar at the Stayia Farm factory in Chalkida, on the island of Evia, last month. 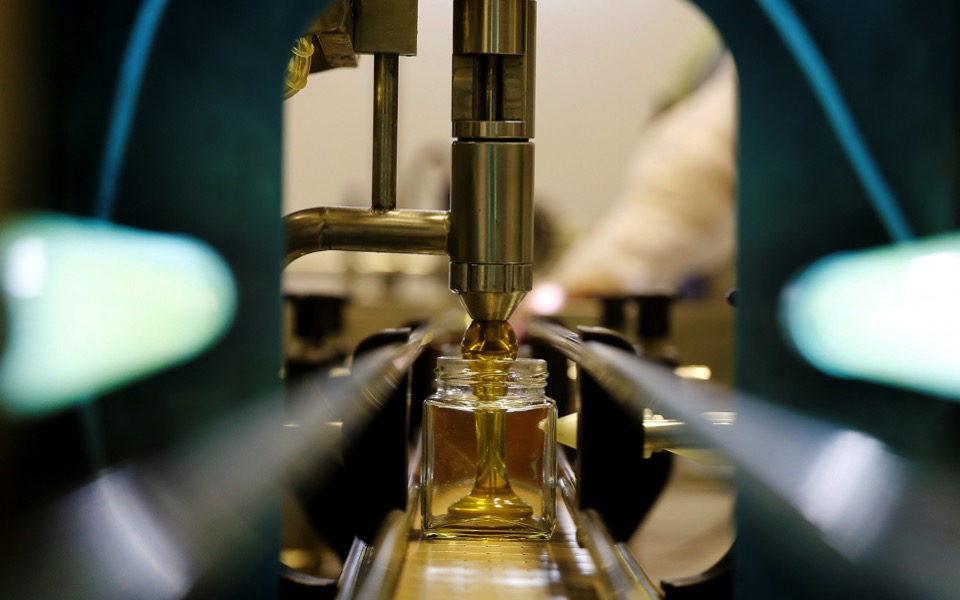 A jar is filled with thyme honey at the Stayia Farm factory in Chalkida, on the island of Evia, last month. 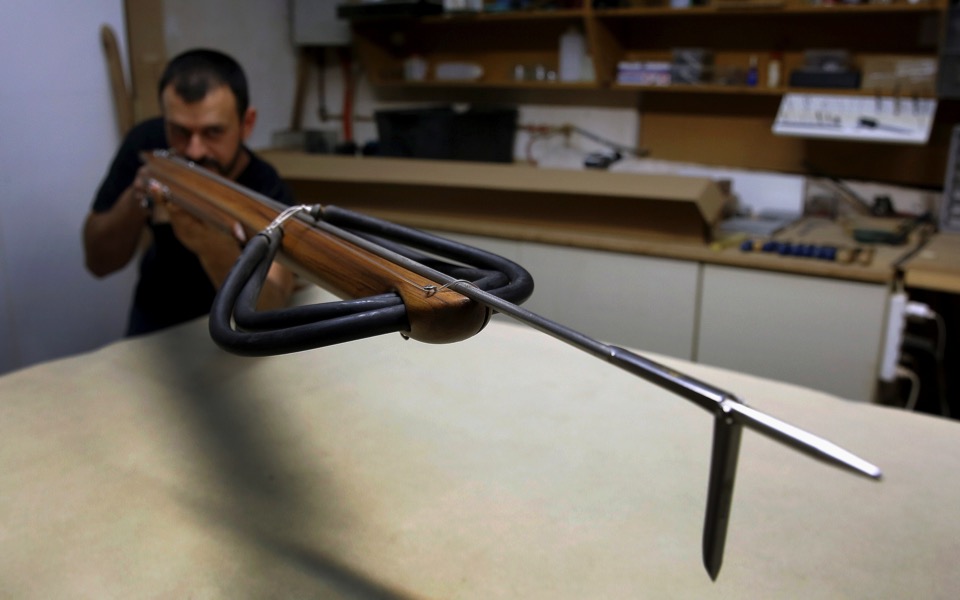 Manufacturer of the Arcus wooden spearguns Dimitris Hatzirodos checks a speargun at his workshop in Gerakas, near Athens, earlier this month. 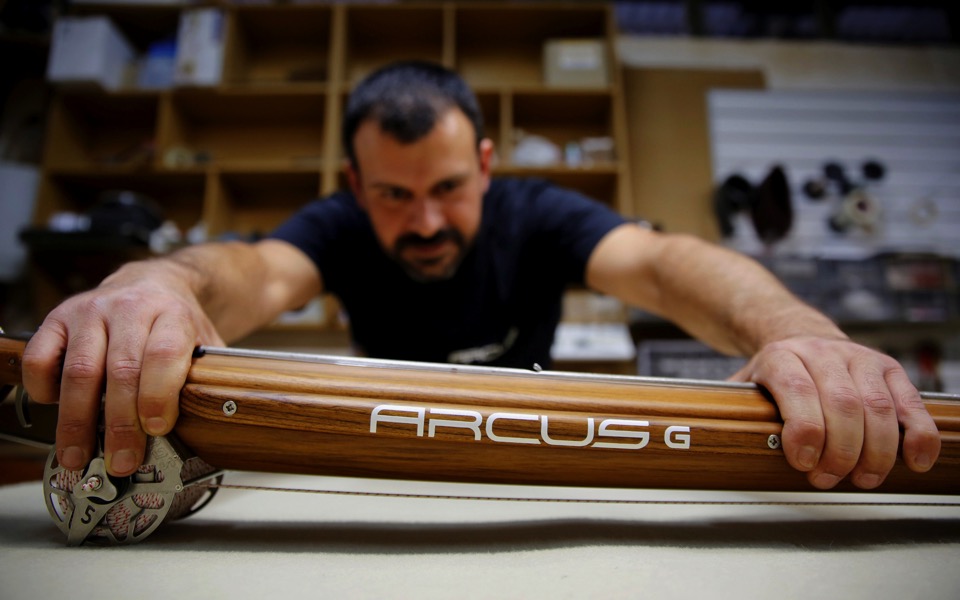 Manufacturer of the Arcus wooden spearguns Dimitris Hatzirodos checks a speargun at his workshop in Gerakas, near Athens, earlier this month.
MICHELE KAMBAS
July 12, 2016 12.07.2016 • 16:42

If necessity is the mother of invention, eight years of a crippling recession and dwindling work prospects has compelled at least some Greeks to reboot, switch professions and innovate to survive.

From the island of Syros, handmade wooden spectacle frames are proving a hit with hipsters in Europe and beyond.

Gold-infused organic honey from the rolling hills of Evoia in the east is finding favor with upmarket clients in the United States, London, Hong Kong and the United Arab Emirates. And in an Athens suburb, a carpenter turned to his lifetime hobby of crafting fishing spearguns after his business faltered. His first client was from Russia.

Dimitris Hatzirodos, whose spearguns retail between 450 and 1,500 euros, said the crisis is forcing Greeks to think outside the box.

"When things get tough it gets you thinking, you start thinking differently. When things are easy nobody ever makes difficult choices," he says, sitting in the workshop that he and his brother inherited from their father.

More than 400,000 Greeks have emigrated abroad since the country’s financial crisis started in 2009. Those who stayed are lucky to find jobs – a quarter of the population is unemployed, and earnings have fallen on average 40 percent. National output has fallen by a quarter since 2008.

He and his partner Eleni Vakondiou, 37, turned to making hand-crafted spectacle frames around 2012, some of them using recycled materials. The idea came over a coffee, after earlier endeavors with furniture flopped.

"It was very difficult, and there were many times when we thought about giving up, but we believed in our efforts, we believed that we would make a product that could stand on its own in the market," said Vakondiou.

"There were moments when our [food] cabinets at home were empty because whatever income we had went towards research and development," she says.

From a small workshop on Syros the couple started with a production of 350 pairs a year. They say they are now on track to making 2,000 this year, retailing for between 250 and 300 euros.

At least we tried

In Evia, in the heart of the Greek countryside, Yannis Karypidis and Stevi Theodorou administer beehives left by Theodorou’s grandfather. Last year they sold 60,000 jars of organic honey. Production has already exceeded 70,000 jars for the first half of 2016.

Former advertising executive and accountant Karypidis, 35, said the couple had decided to move to the United Kingdom, but a last trip to Evia changed their minds.

"We said to ourselves ‘if it works it works, if it doesn’t it doesn’t, but at least we tried it and got it out of our minds and we could then move on to something else’," said Karypidis.

"It’s a product for refined tastes … it’s not something you can find in a supermarket," Karypidis says. The product retails at between 35 and 50 euros overseas.

"There is a critical mass of inventors in the country which must be tapped, transformed into a commodity which will foster growth," he said, adding: "There needs to be financing from businesses or from funds. This link does not exist."

Karypidis and other small business people who have made it agree their success has been all self-generated and speak of government involvement as more of a hindrance than a help.

In typical Greek style, Karypidis did not receive any financing and instead tapped the know-how of his and his wife’s extended family. Therrios and Vakondiou used crowd funding – mostly raised through Greek donations – to get started.

"The difficulty in Greece right now is to maintain [a business]," said Karypidis. "The expenses, the taxes that exist make it really difficult to keep a small- or medium-sized business going."

Speargun-maker Hatzirodos said he is happy to be "bringing even a euro" into Greece, but resents what many call a heavy-handed and shortsighted approach to taxes to keep the country financially afloat.

"This country is the most blessed country there is, but the people who run it just don’t deserve it," he said.