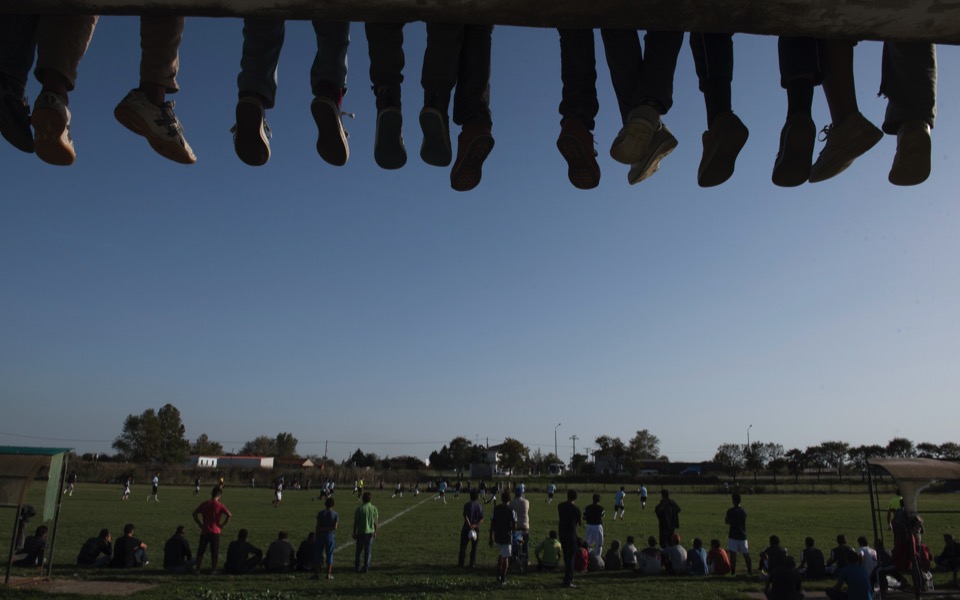 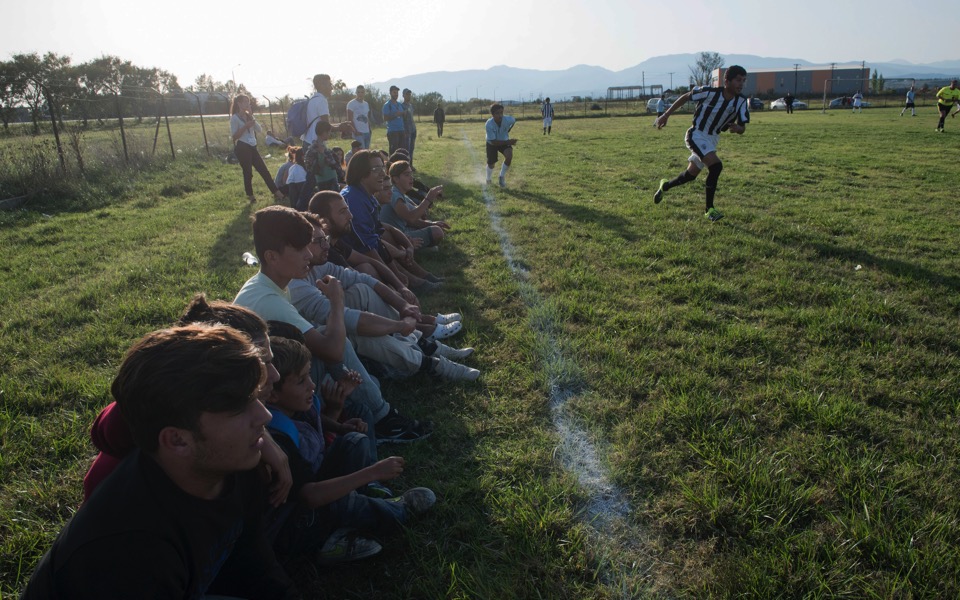 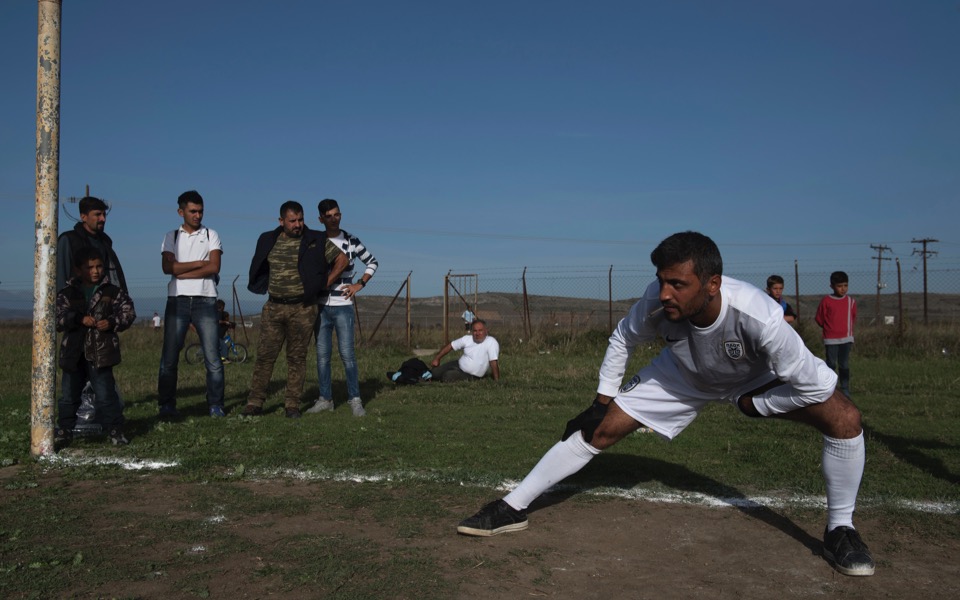 Spectators watch a soccer match between refugee teams from the Nea Kavala and Herso camps, in the village Nea Kavala, northern Greece, in this photo made available Saturday. Players and fans from Syria and Iraq got a break from life at the camps to play a match organized by a government migration agency, launching a tournament that will include local amateur Greek teams. The jerseys for both teams were donated by PAOK FC of Thessaloniki. Spectators were seated on the grass around the pitch and on the terrace of a half-built home. The score at the end of the match was 1-1. [Giannis Papanikos/AP]