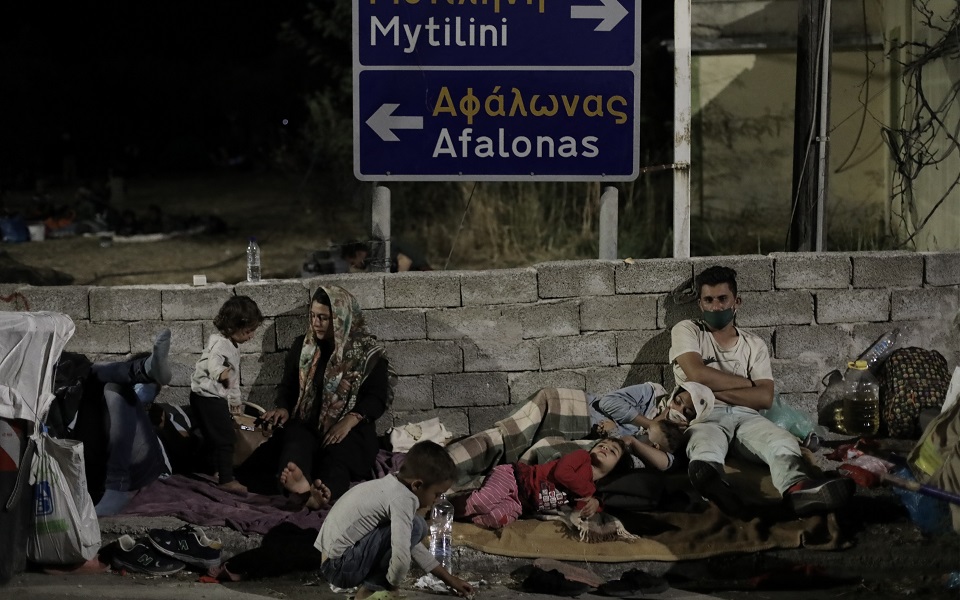 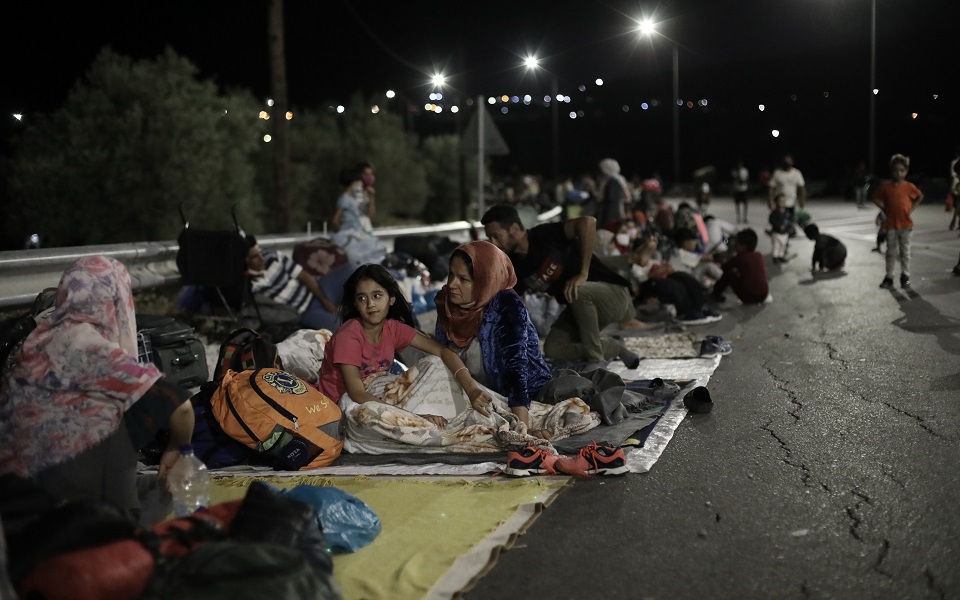 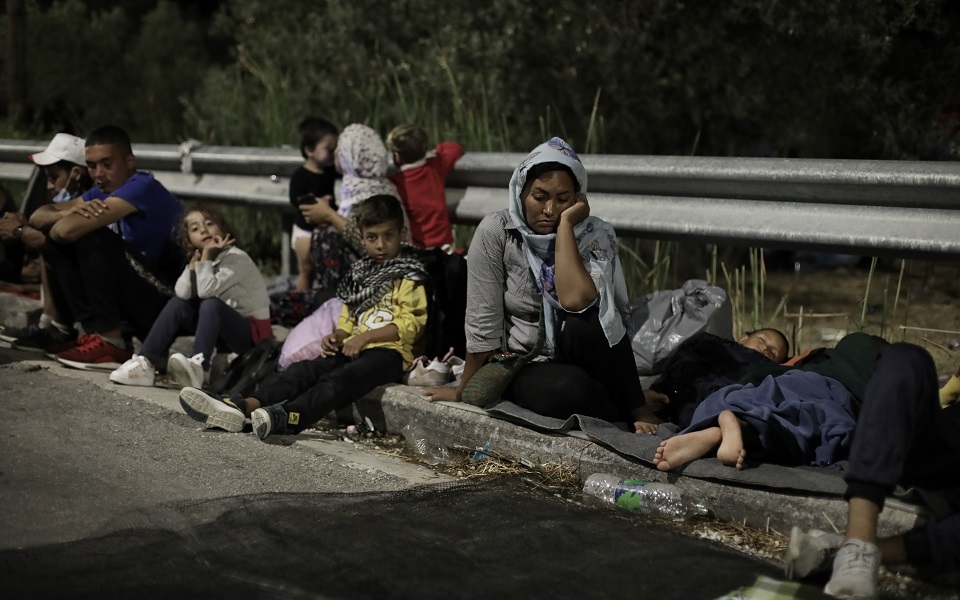 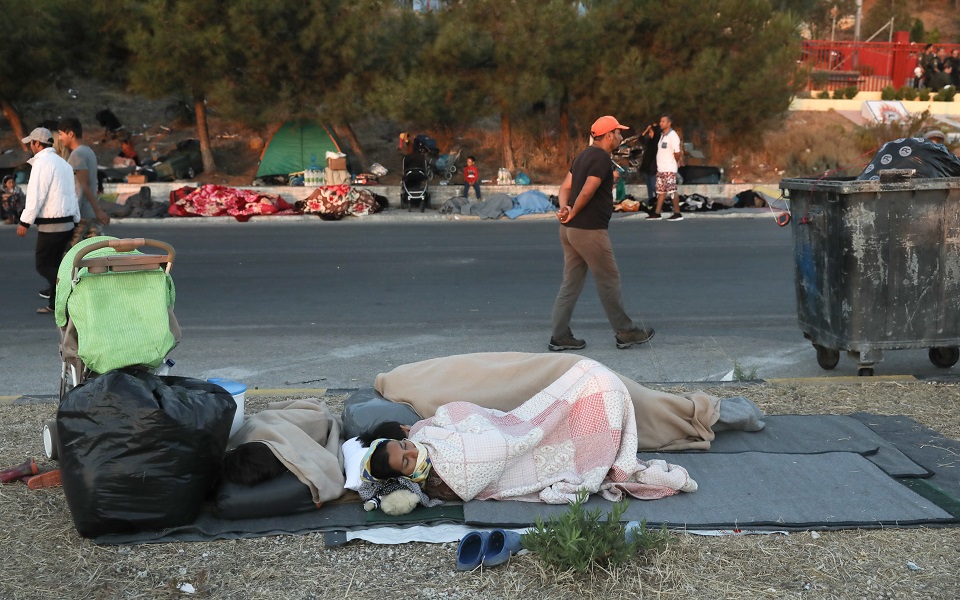 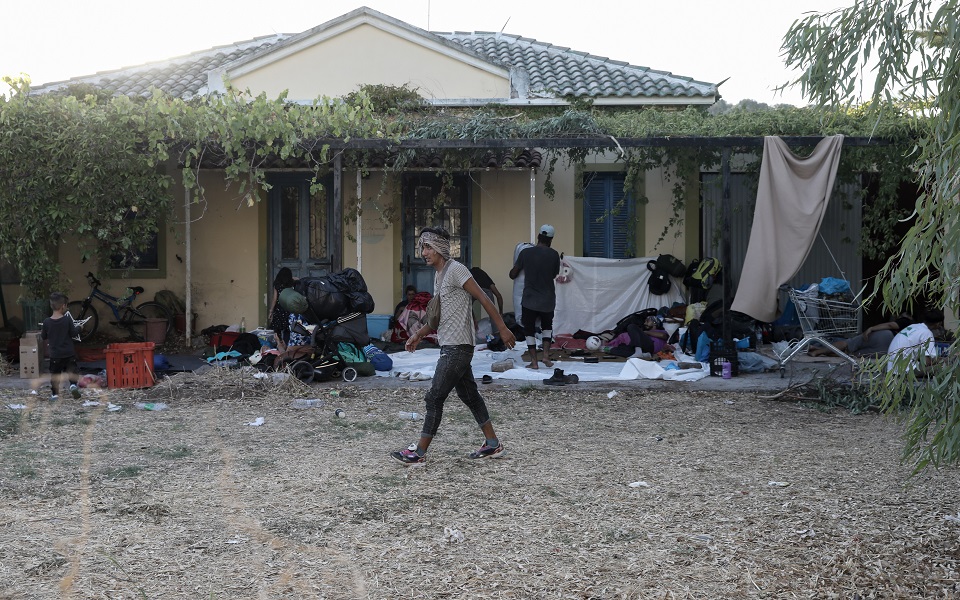 Thousands of people spent the night sleeping on roadsides and sidewalks on the eastern Aegean island of Lesvos after the Moria refugee and migrant camp was destroyed by a string of fires on Wednesday and Thursday. Several hundred displaced refugees and migrants built crude shelters under trees and a few dozen reportedly sought shelter in a cemetery – where they had access to running water – causing the consternation of locals, who have set up roadblocks to thwart any attempts to rebuild the camp. Police are also preventing the refugees from making their way into the island’s capital and port, Mytilini. [Photos: Yiannis Liakos/InTime News]