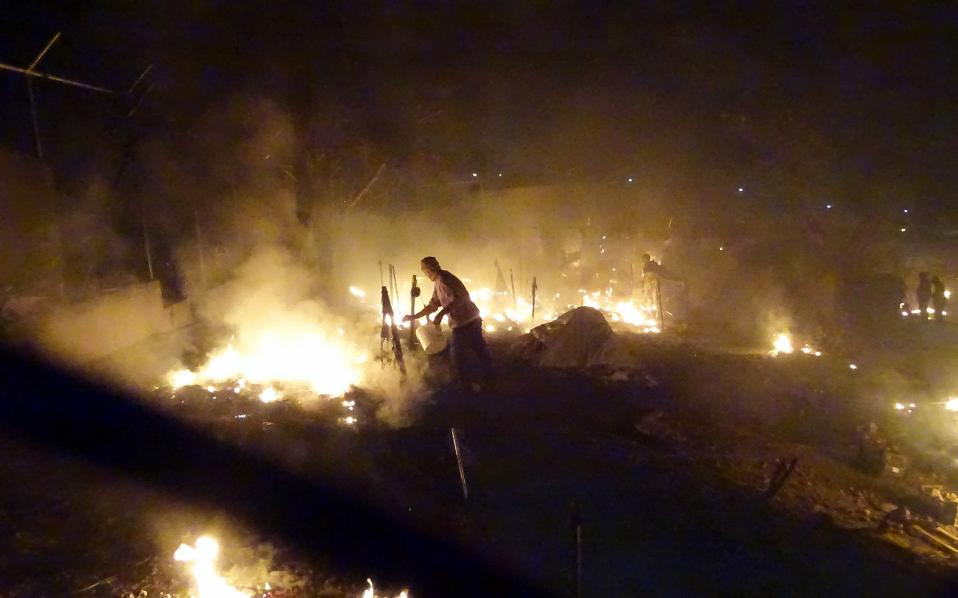 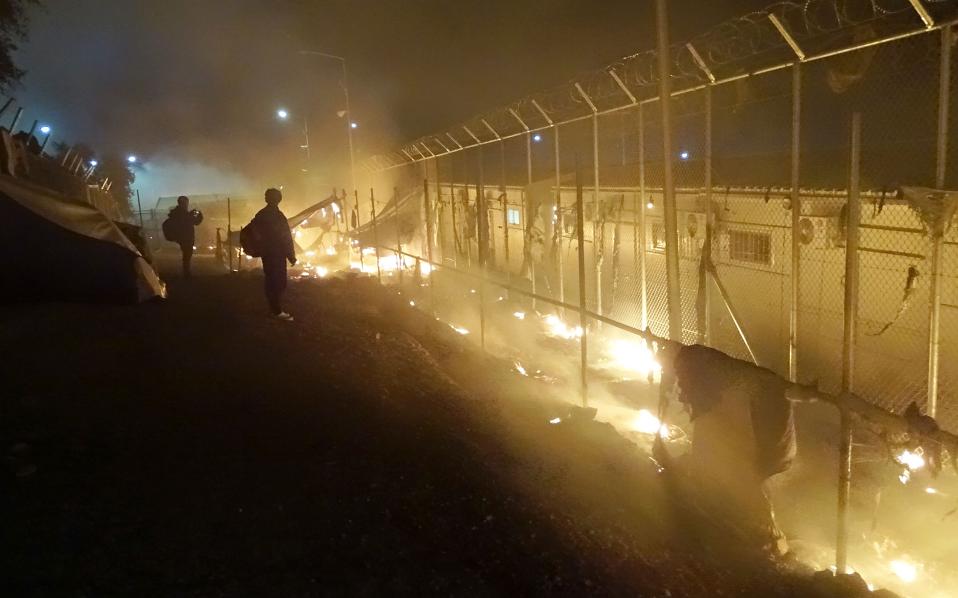 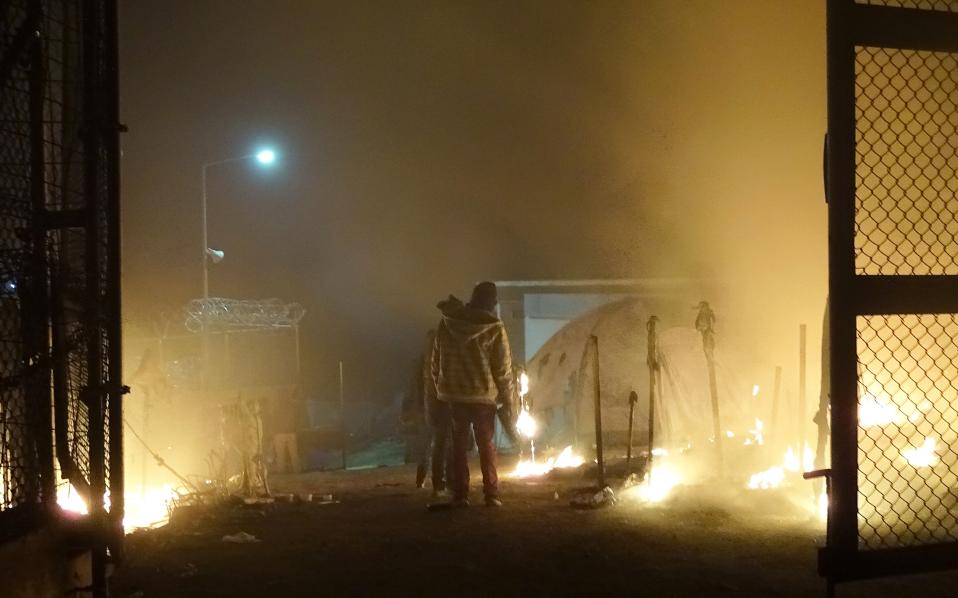 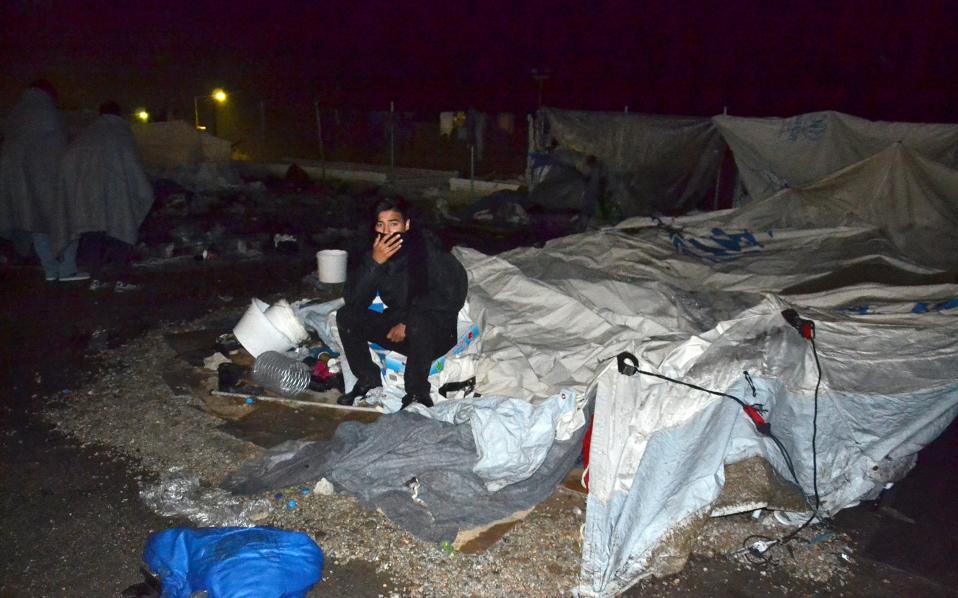 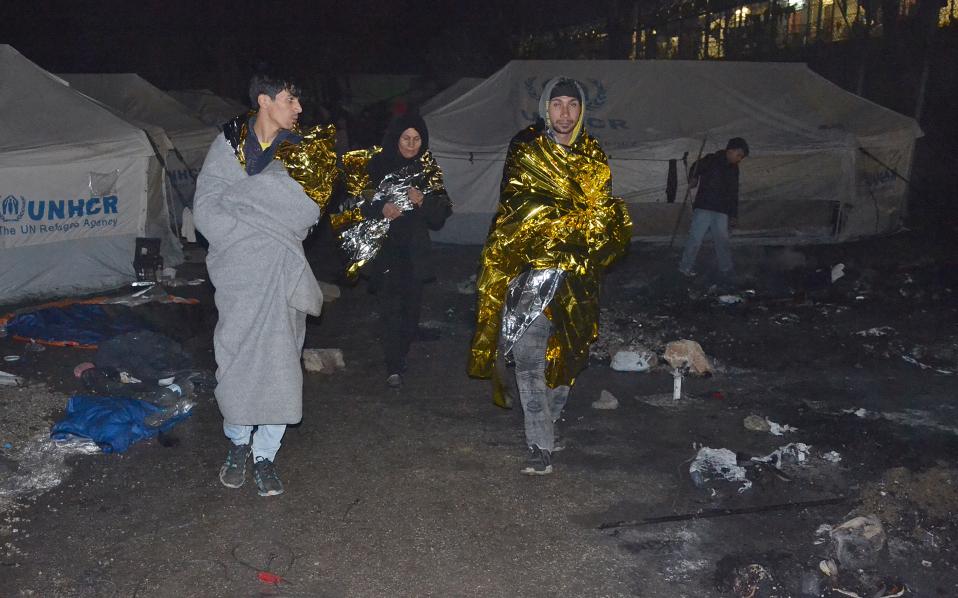 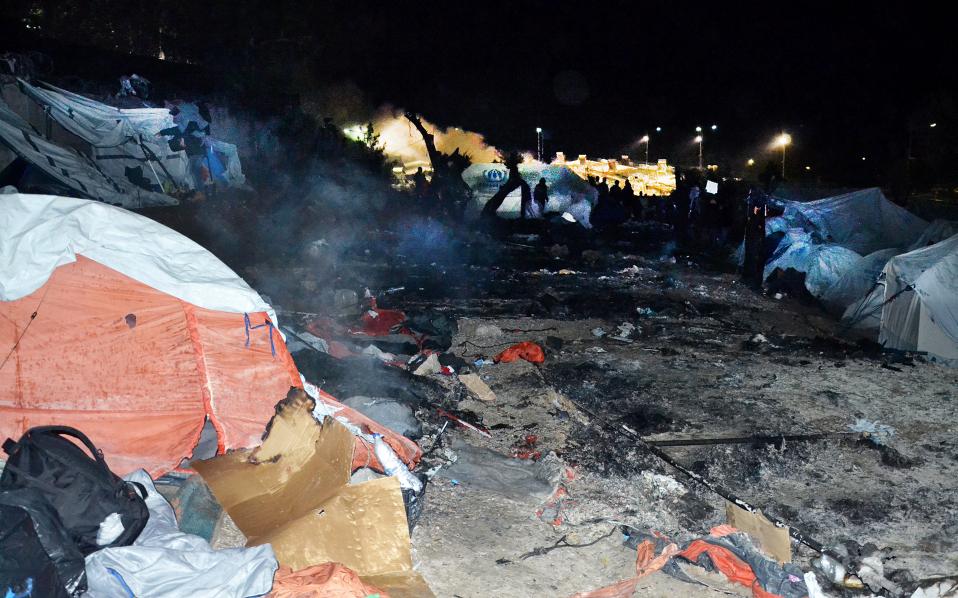 The victims are reportedly a 60-year-old woman and her 5-year-old grandchild, both Kurds from Iraq who have been held for processing at the Aegean island camp for the past four months.

A young woman and another child, possibly relations of the two victims, were airlifted to Athens after suffering extensive burns in the blaze, which is believed to have been sparked by a cooking gas canister.

The hospital in Mytilini, the island’s capital, was also treating 10 more camp residents for burns and respiratory problems caused by the thick smoke that enveloped the camp as the flames engulfed several tents.

Witnesses speaking to the ANA-MPA news agency said the blaze started at around 11 p.m., possibly while the 60-year-old was cooking dinner while tending to the 5-year-old.

The fire spread quickly through the overcrowded camp, which is home to more than 4,500 migrants and refugees awaiting asylum or deportation to Turkey, while some residents clashed with police called in to evacuate the facility.

Migrants protesting their detention and long delays in processing also reportedly set off smaller fires in other parts of the camp.

The blazes were eventually distinguished at around 3 a.m., with hundreds of refugees and migrants – including women and children – having to spend the night outdoors after their shelters and belongings were destroyed.

Dozens of tents at Moria were razed a few weeks ago by another spate of blazes started by protesters, stretching the facility’s capabilities even further. Aid workers have called for more shelters and measures to decongest the camp amid fears that the onset of winter will exacerbate living conditions and put vulnerable residents’ lives at risk.

Hundreds of migrants left without shelter after Lesvos camp blaze