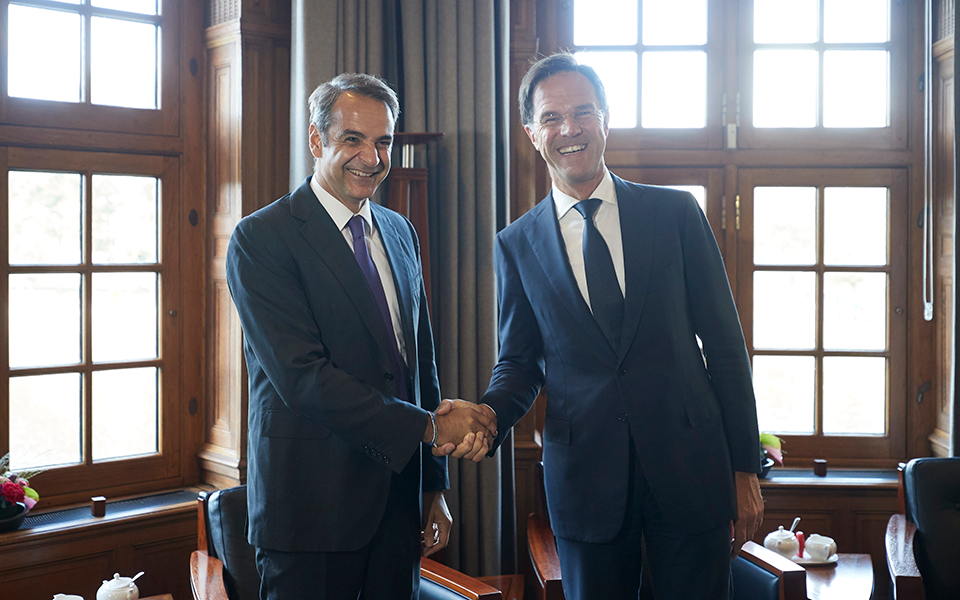 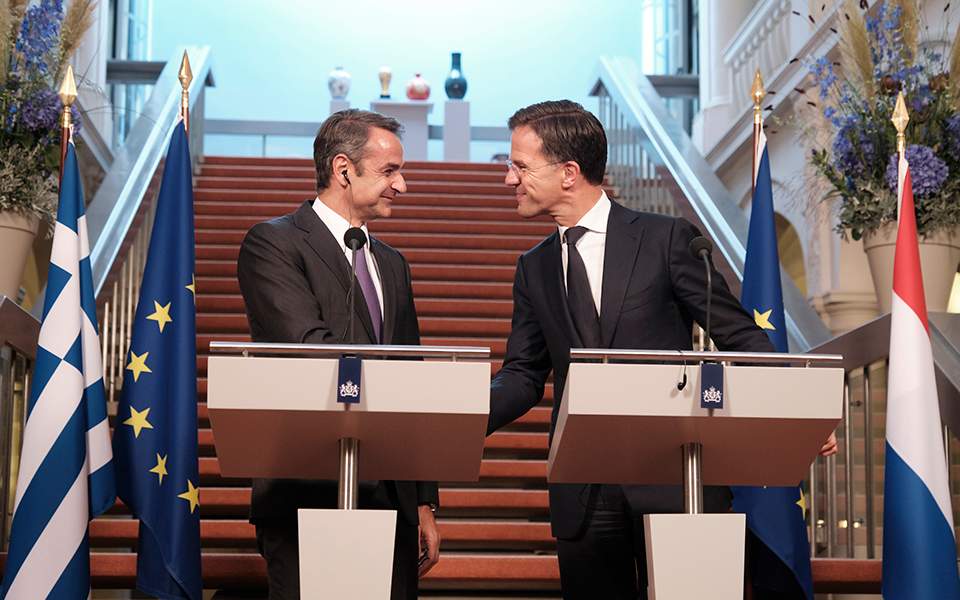 Prime Minister Kyriakos Mitsotakis reiterated Greece's call for a fairer distribution of migrants among EU member-states following a meeting with Dutch counterpart Mark Rutte in The Hague on Tuesday.

The two premiers discussed Brexit, the slowdown in global economy, China's role as well as migration and the need for a unified asylum policy.

“Greece will fulfil its commitments to increase returns to Turkey and ensure humane living conditions for those who remain in our country. We have already taken steps to decongest the islands, but Europe must also protect the Greek borders because they are also Europe's border, ensuring a fair distribution of refugees among member states,” he said at a joint press conference with Rutte.

He said it is in Turkey's interest to implement the EU-Turkey statement, the agreement signed in 2016 to cut off migrant flows to Europe, reminding Ankara that it benefits economically from it.

Mitsotakis, who is travelling to European capitals in a bid to attract investments and present the government's planned reforms, said the Netherlands is a pioneer in economic diplomacy and Greece could benefit through a cooperation of the respective foreign ministries.

“We want to open Greece's doors to foreign investments because they are the ones that will bring our country new jobs and bring back the thousands of brains who today live and prosper abroad, some of them in the Netherlands,” he said, adding that one of the sectors Greece is interested in developing is the agro-food industry.

Asked about the looming deadline for Britain's exit from the European Union, Mitsotakis said the EU position will be "solid and unified."

On his side, Rutte said “a lot” has to be done by the new government in Greece and that talks focused on how to boost growth. “We have a prime minister who aims to bring more investments and growth,” he said, adding that the best way for Greece to repay its debt pile is to achieve bigger economic growth.

Earlier in the day, Mitsotakis paid a visit to the Brainport Foundation of Eindhoven University of Technology, where he was briefed on the foundation's promotion of innovation and the technological connection of scientific production with the market.

US ambassador ‘more optimistic than ever’ of investment opportunities in Greece