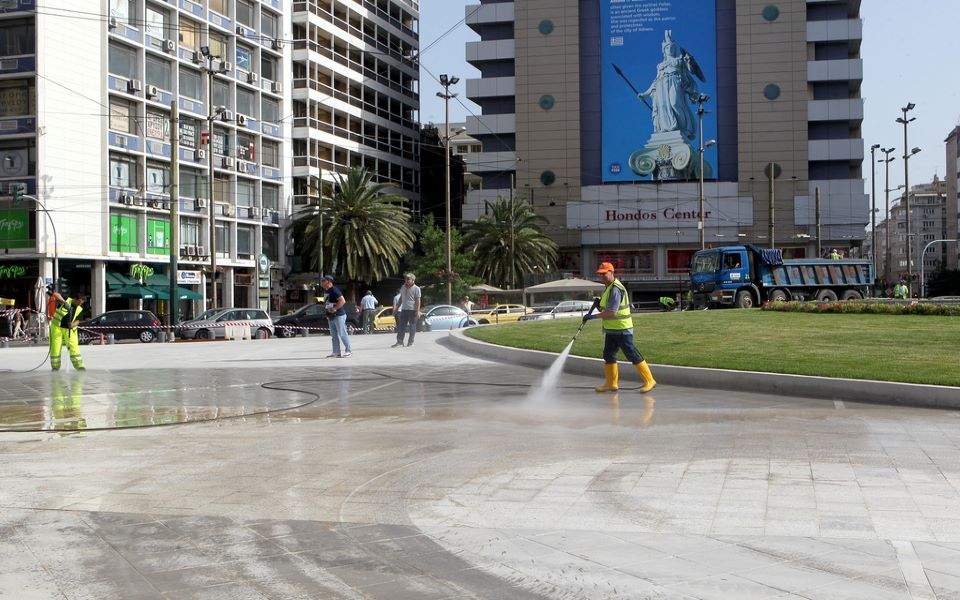 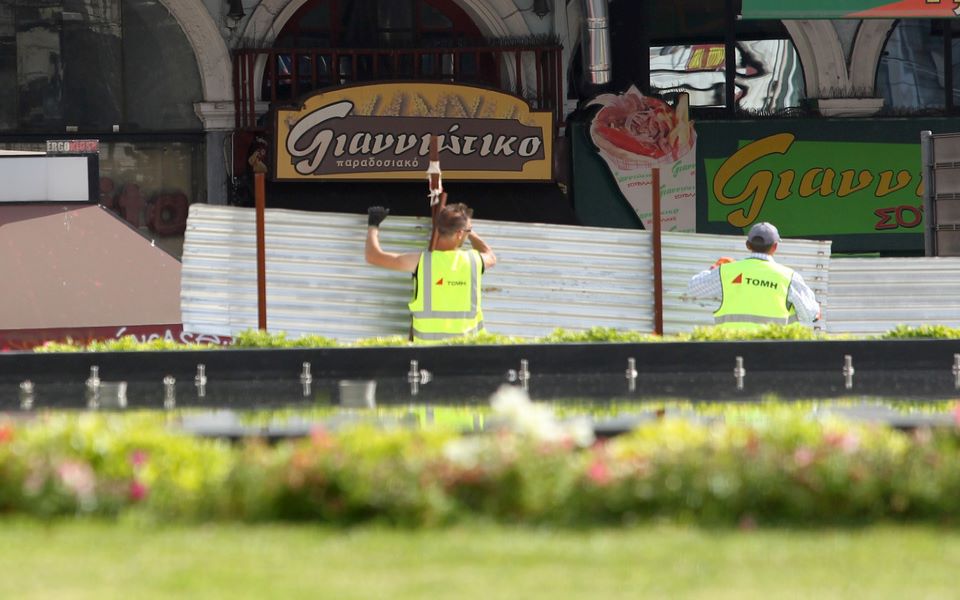 Athens' downtown Omonia Square will open to the public on Thursday after months of renovations that were part of an ambitious revamp of one of the capital’s busiest areas.

Work on the square was completed a while back but due to the coronavirus lockdown it had remained closed.

The Athens municipal authority has reinstalled a fountain at the center of the square in a nod to the iconic landmark that graced it from its redesign in the late 1950s to the early 1990s.

On Thursday, municipal crews were removing the barricades and disinfecting the area. The fountain is expected to start operating this evening.

The renovation was funded by private donors.

Omonoia has undergone various transformations throughout the years. The Square was constructed in 1846 and its original name was Plateia Anaktoron (Palace Square).

It was given its final name of Omonia in 1862 because it was the site were leaders of the opposing political factions gave the oath of peace (omonia, in Greek).

Steps sought to prevent Attica residents from flocking to seaside