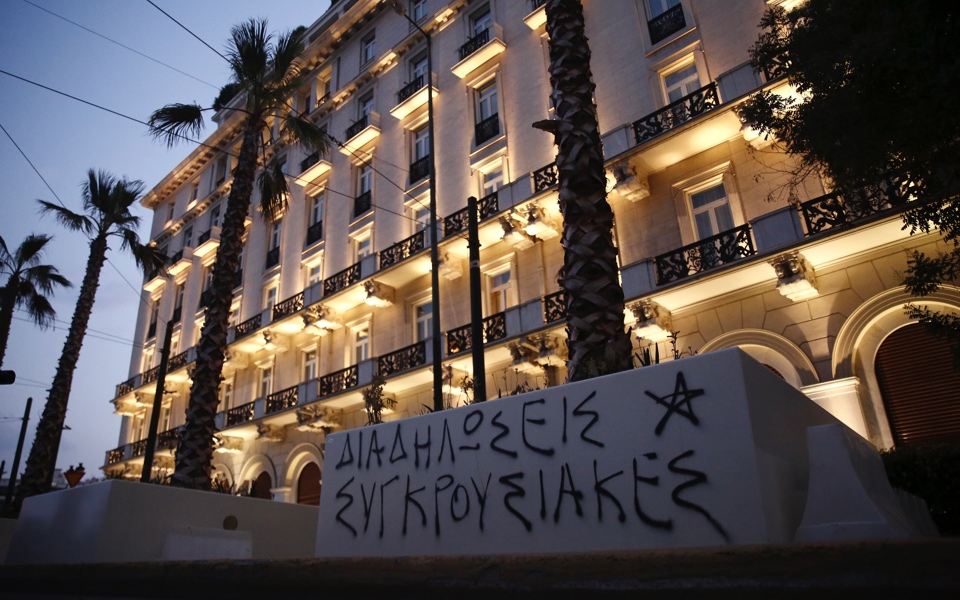 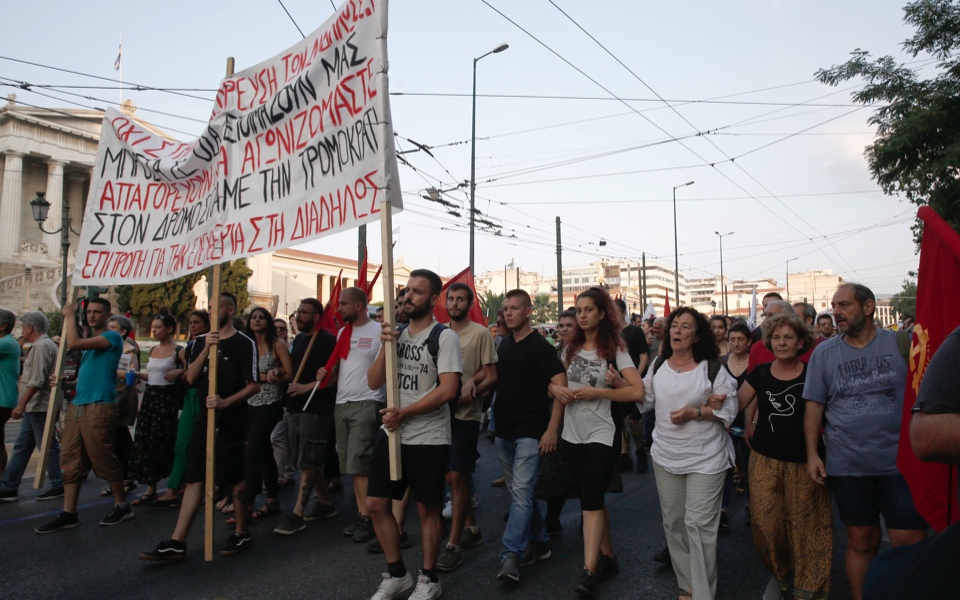 Thousands of Greek protesters rallied in central Athens on Tuesday evening against government plans to regulate frequent street demonstrations so as to limit their impact on city life.

Demonstrators shouted slogans against the government and held banners calling for the bill to be withdrawn.

During the march, a group of protesters vandalized planters and urban furniture used in the capital’s Grand Walk project, a network of pedestrianized streets and bicycle lanes in the center of Athens.

In a message on Facebook, Athens Mayor Kostas Bakoyannis condemned the vandalism and posted a video of municipal crew removing the spray-painted graffiti from the equipment.

More protests have been scheduled for Wednesday and Thursday when Parliament is to vote on the bill.

On Monday, Citizens’ Protection Minister Michalis Chrysochoidis introduced a series of improvements to the bill following criticism from the opposition.

The minister clarified the clause explaining under which circumstances “spontaneous gatherings” will be allowed, while also introducing additional oversight in decisions to ban or disband a march.

Thousands of Greeks protest against bill to regulate demonstrations

Demonstrators clash with police outside US embassy in George Floyd protest