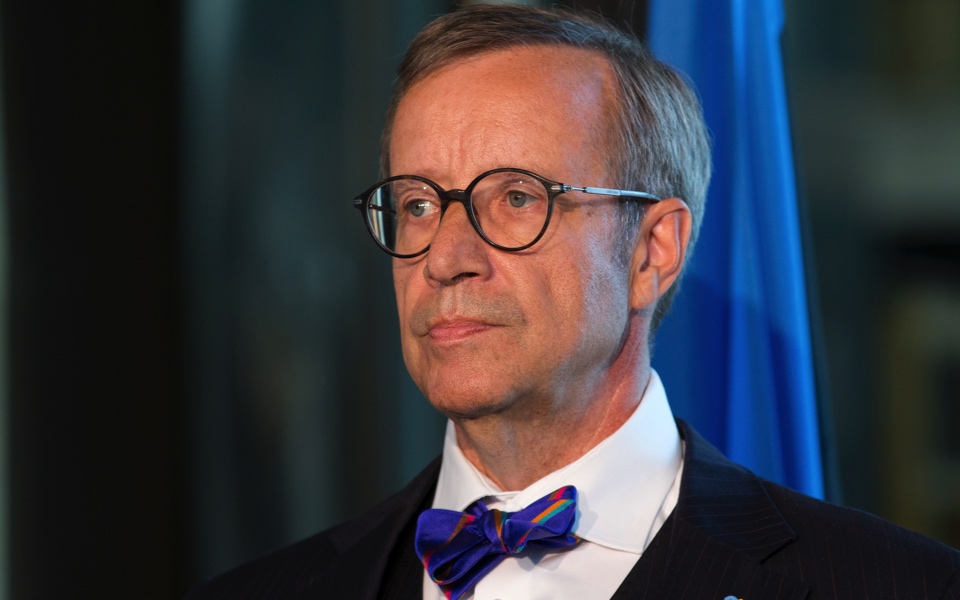 Toomas Hendrik Ilves is seen above in a file photo. ‘With the Tiger Leap program we have changed Estonia, starting with the connection of schools and universities to the internet and continuing with all aspects of the state,’ he says. 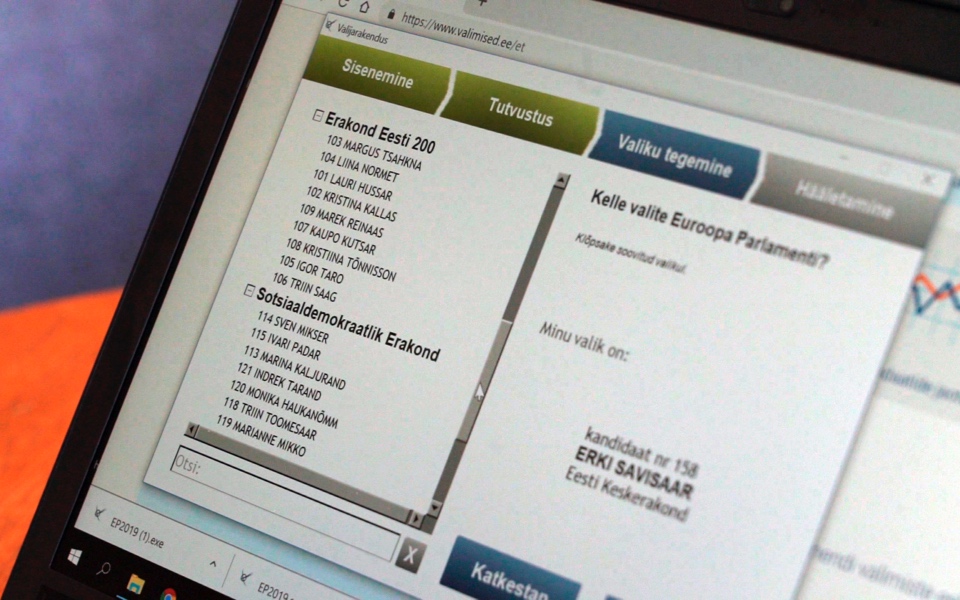 Electoral lists for EU elections are seen on a laptop computer in Tallinn on May 16. Estonia is the only country in the world that allows internet voting for the entire electorate in every election. 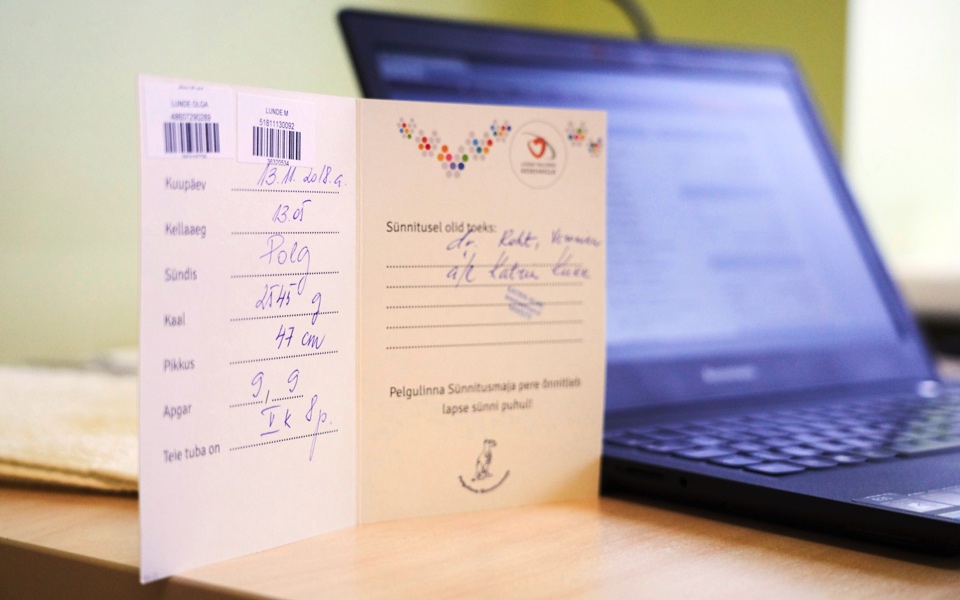 Toomas Hendrik Ilves, the president of Estonia from 2006 to 2016, is helping prepare a blueprint for the digitization of Greece’s public administration. In 1995, while he was the Baltic country’s ambassador to Washington, he proposed a revolutionary program to promote digital skills, and today he is considered the father of the so-called Tiger Leap program, which was the starting point for a series of large-scale digital projects that sought to develop the internet as the main means of communication in all fields of Estonian society.

Where did it all begin?

In 1969 I was 15 and lived with my family in New York. I attended a seminar on Basic language programing at Teachers College, Columbia University. In the hall there was a machine that looked like a table and, on it, a phone was adapted to it – a modem. This allowed a connection with a central computer 30 kilometers away. I learned to program in Basic and since then I have never been frightened of computers. In 1982, I acquired my first Apple and in 1993 my first browser program on the internet, a Mosaic.

How did you arrive at the conclusion that Estonia’s future must be digital?

When the Soviets invaded in 1940, the country’s per capita GDP was roughly the same as that of Finland. When we won our independence in 1991 it was eight times less than Finland’s (US$2,800 vs US$23,000). Another example of the benefits of communism… We were left behind. Do you know the paradox of the Greek philosopher Zeno with Achilles and the turtle? In the field of mathematics not even an Achilles can overtake a turtle if it starts the race a few meters ahead of him. As soon as Achilles reached the point where the turtle was when the race started, the turtle would have already moved slightly further. And this way Achilles could never reach the turtle. To overtake the turtle it is not enough to run like Achilles. You must also take a leap. This leap was the digital leap. We called it the “Tiger Leap.”

So you transformed Estonia into a Baltic Tiger.

We could not compete with Germany, France or the US in the building of traditional infrastructure – bridges, roads etc – to enhance competitiveness. But we could focus on one area, that of the digital revolution, where all countries were starting from scratch at the time. We saw that in the future it would be the most critical parameter for growth. With the Tiger Leap program we have changed Estonia, starting with the connection of schools and universities to the internet and continuing with all aspects of the state.

What would happen if the Estonian digital state came under cyberattack from a foreign power or fell prey to a dictatorship? And how can you guarantee that a Big Brother state will not be created?

Today, if it wants to, a state security service can watch over everything. However, with the right rules in place, decided via a democratic dialogue, the digital state can guarantee security against external threats, but also guarantee privacy, rights and freedoms. We came under a cyberattack a few years ago from Russia, and we dealt with it effectively. In Estonia each ministry and department have their own database, which “chat” with each other in real time.

If the system is attacked, it will be confined to just one of the databases and will be dealt with there. Moreover, the Estonian system creates a copy that is updated in real time and stored on a server located at the Estonian Embassy in Luxembourg. Finally, we have the most powerful encryption, we do not allow back doors to be created, and strict choices have been made regarding who – from within the system – has access to what information and under what conditions. For example, the police cannot access a citizen’s medical records.

These are obviously checks and guarantees that bolster confidence in the system.

Precisely. Therefore, Estonians have enough confidence in the system and support it because they know that, for example, when a child is born it immediately receives a number. Along with the name given to it by its parents at that time, it is automatically registered at all government agencies without requiring the parents to go from office to office. Someone told me that this cannot be done in Greece because a newborn must first be baptized in order to obtain a name. But I think you can also solve this issue.

What advice do you have for the Greek government to make up for lost time?

I have known Digital Governance Minister Kyriakos Pierrakakis for two years now. He is a very smart young man and has read everything about this field. The advice I give is, “Just do it.” The key is to give every citizen a number so that they can be identified in the digital space just like they are identified in real space. Everything else will come. The Greek government is moving in this direction with the new digital identities.

Will Leviathan be defeated with just a number?

Yes, if the number acquires a legal nature and it becomes mandatory for everyone. If all citizens are involved in the system and are identified, then the system will be able to provide legally valid services to everyone. The savings due to the digital state’s operation amount to 2 percent of Estonia’s GDP per year. I have often joked that this is how we cover the cost of our NATO membership, which is 2 percent of GDP. But the economic benefit comes not only from the savings. Tens of thousands of young people who acquired digital skills in the 1990s were inspired by the creation of Skype – made by young Estonians – resulting in the creation of a new entrepreneurial culture that changed Estonia and led it, within a generation, from being a poor country to one with a GDP per capita higher than that of Greece.

Defense can be a leverage for growth, says Deputy Defense Minister Stefanis

Do not outsource your national interests, Israeli ambassador says

‘Greece can be major force for Balkan stability,’ says former US ambassador

Working with the US ‘benefits our country greatly’