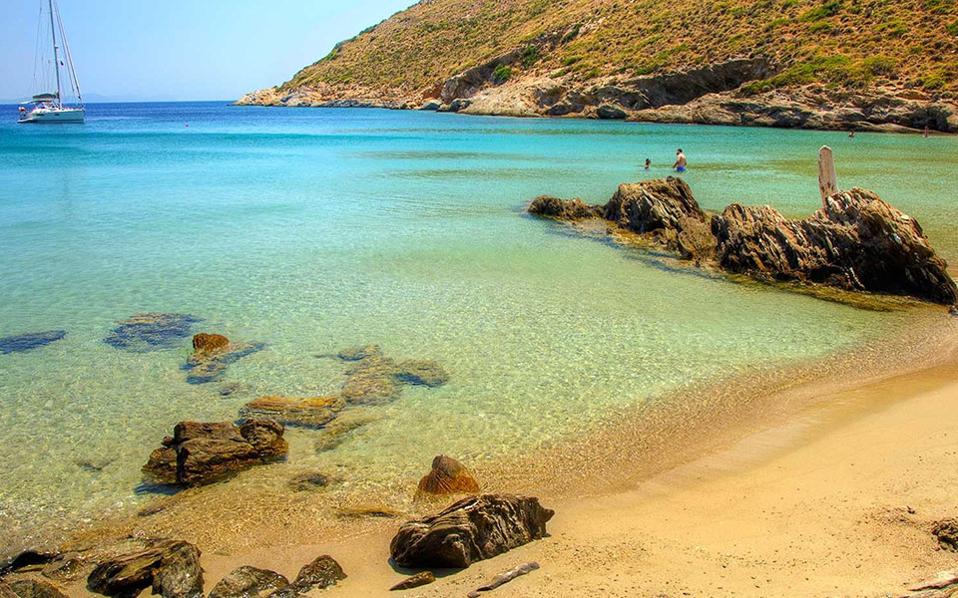 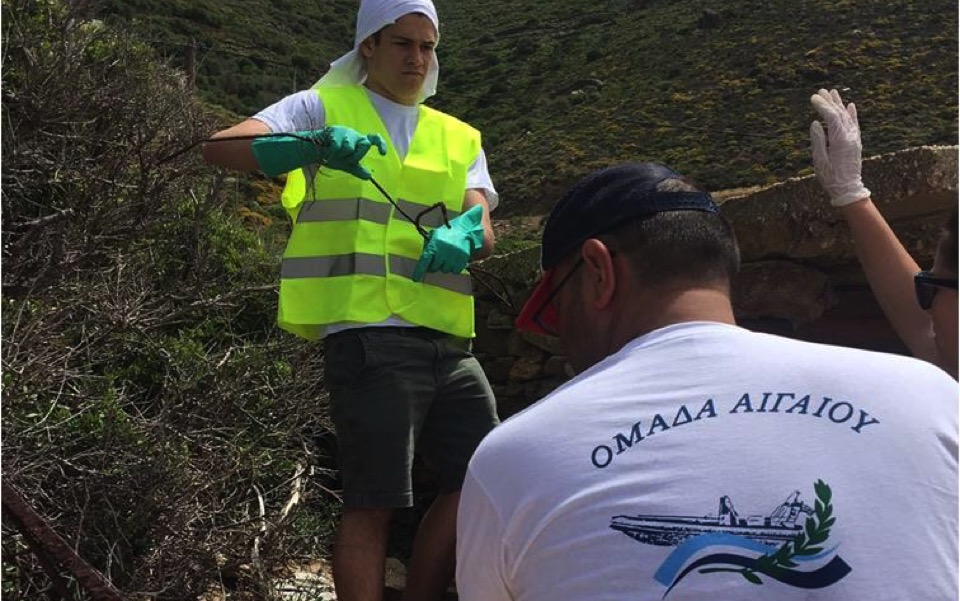 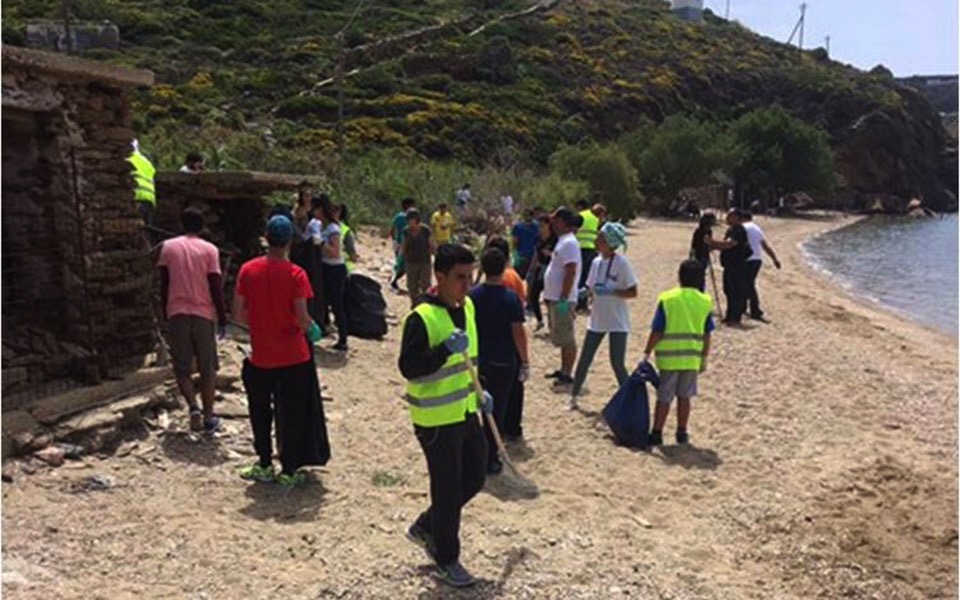 How can a Greek border island whose economy relies heavily on fishing continue to depend on the sea for its survival without depleting its resources? And how much do the pupils at a senior high school on the tiny eastern Aegean island of Fournoi, whose parents still practice dynamite fishing, know about sustainable living?

The good news is their knowledge does not disappoint. And, interestingly, most of it comes from an initiative organized by a group of pupils in Athens who visit the island every year with the aim of reminding locals that they are not alone out there. So again last month a small group of teenagers from Athens made the trip across the Aegean to meet with their friends on Fournoi.

The project was led by 16-year-old Yiannis Dalakouras. Together with another two of his classmates in the International Baccalaureate program at Psychico College in Athens, he traveled to the remote island in a bid to raise awareness, to clean up beaches, and promote sustainable ways of living on Fournoi.

The group spent an entire morning cleaning the largest beach on the island, together with local pupils. They also met with parents who came to support the efforts of their children.

After that, the Athens pupils invited locals of all ages to the local school to talk about sustainable fishing and outline today’s challenges and solutions based on international best practices.

“All the children showed up, even the youngest. But their parents, mostly fishermen, didn’t,” Yiannis said.

“When we asked them why they didn’t come, the kids told us it would be like trying to persuade a wolf not to eat sheep,” he said.

The island children listened carefully as the visitors described sustainable fishing as the art of preserving your income from the sea without destroying the environment. They seemed to appreciate that the discussion was, in fact, about their future. The information that 65 percent of the fish stock in the country’s seas is already depleted shocked them.

On the same day, Yiannis and his classmate Metaxia Boudouraki conducted an informal survey. They asked people on Fournoi if they understood the effects of overfishing and, in particular, of illegal fishing.

Although people were aware of the problem that has not been adequately addressed by the authorities, it took a campaign by young Athenians, who spoke the language of their peers, to mobilize the younger generation on the island.

“Maybe things will be a bit better next year,” one of the youngsters said.

Over the winter the Fournoi pupils visited Athens to attend events including the Psychico College bazaar. Thanks to a crowdfunding campaign, the organizers were able to purchase computers for the school on Fournoi.

The project is remarkable not only because of the young age of the people behind it, but also its significance for the future of the young islanders.

Inroads being made in Greek Sheepdog breeding program

Meet Usko, the bear on wheels

Initiative for recycling clothing and shoes starting to take off

Archelon observes the march of the sea turtle hatchlings on Crete

Investigation under way over endangered seal killed near Samos