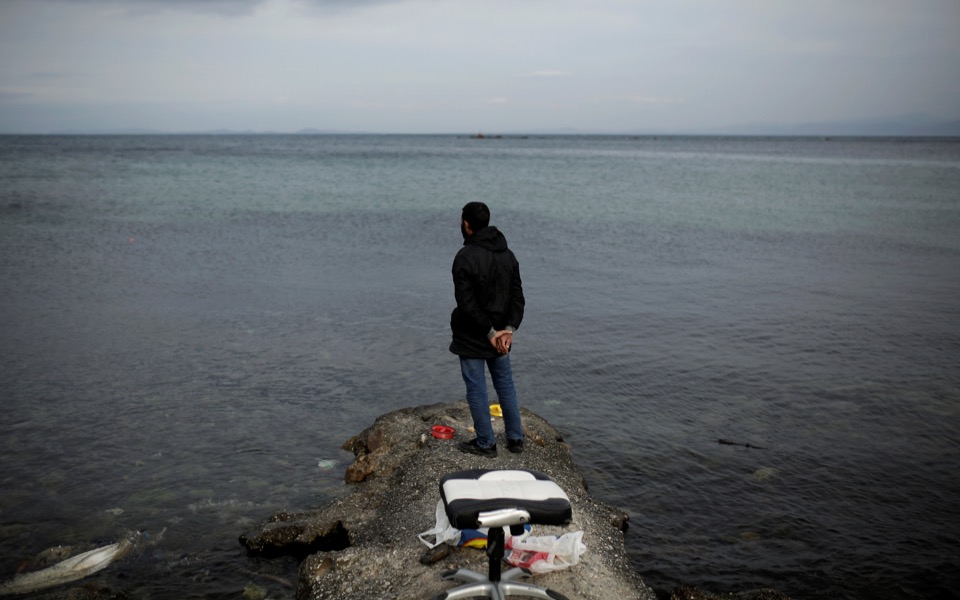 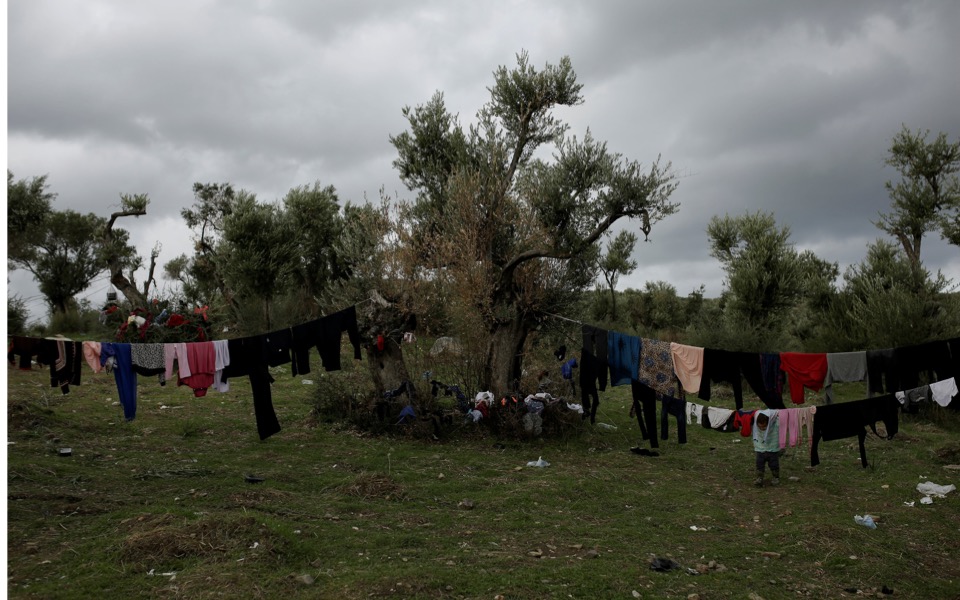 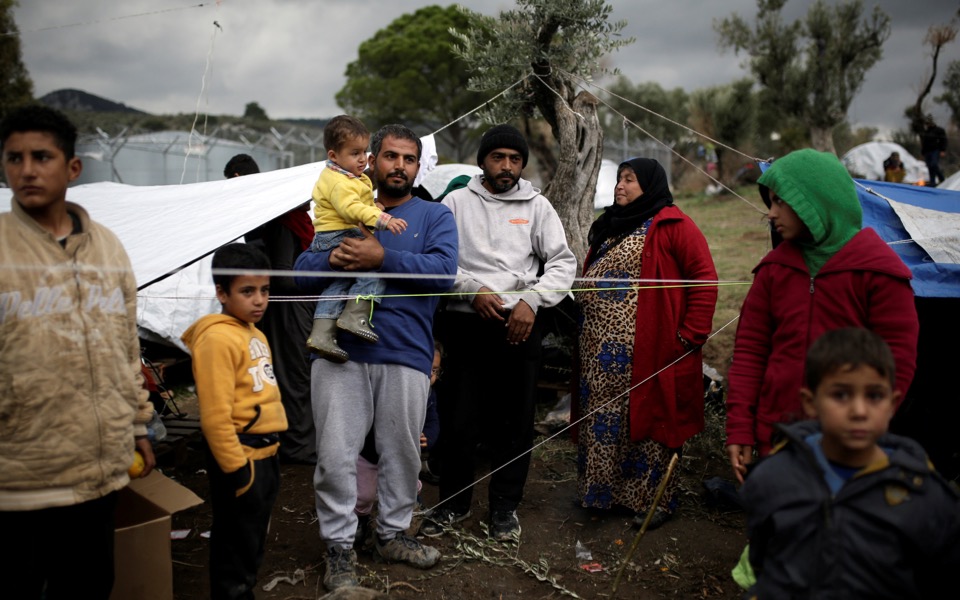 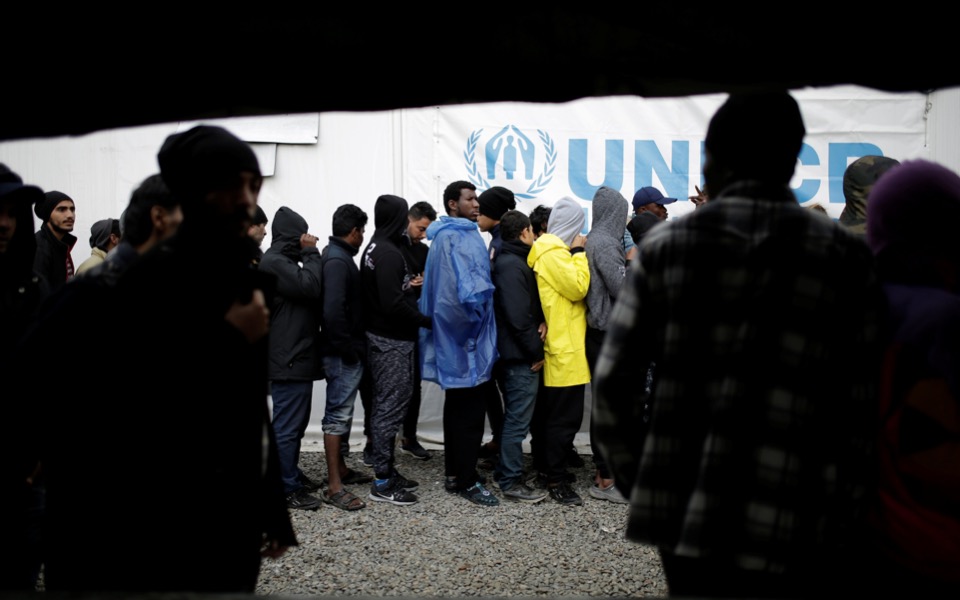 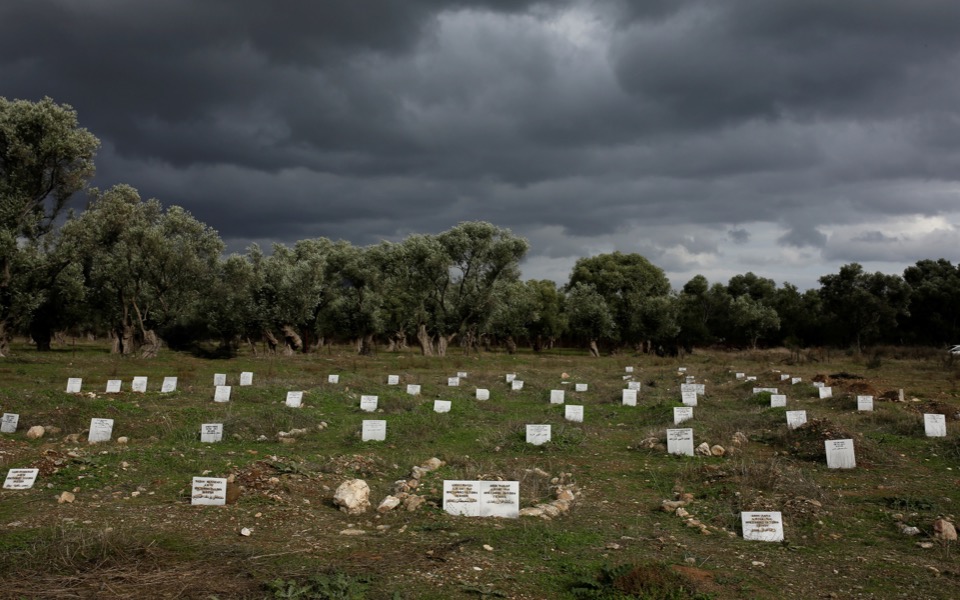 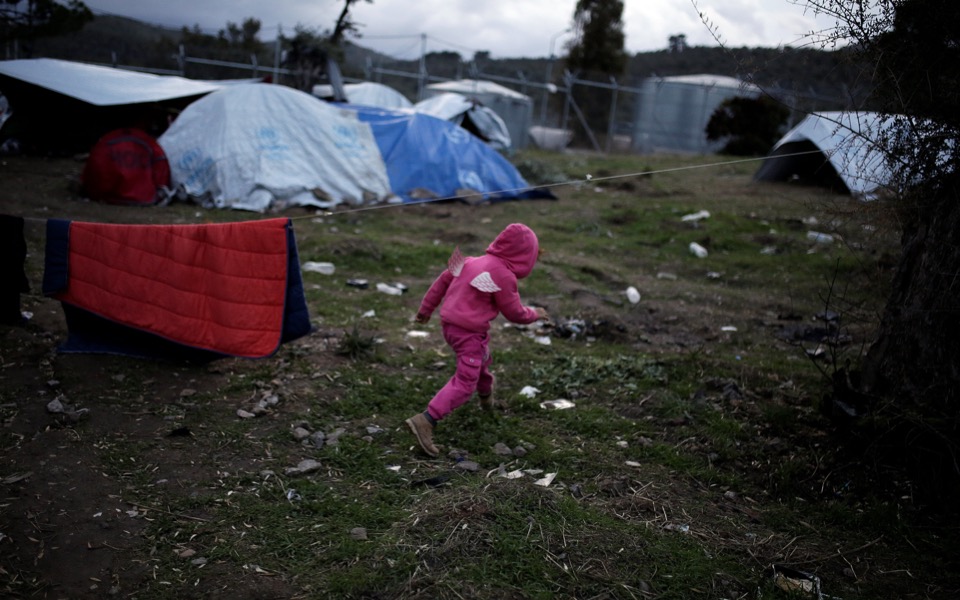 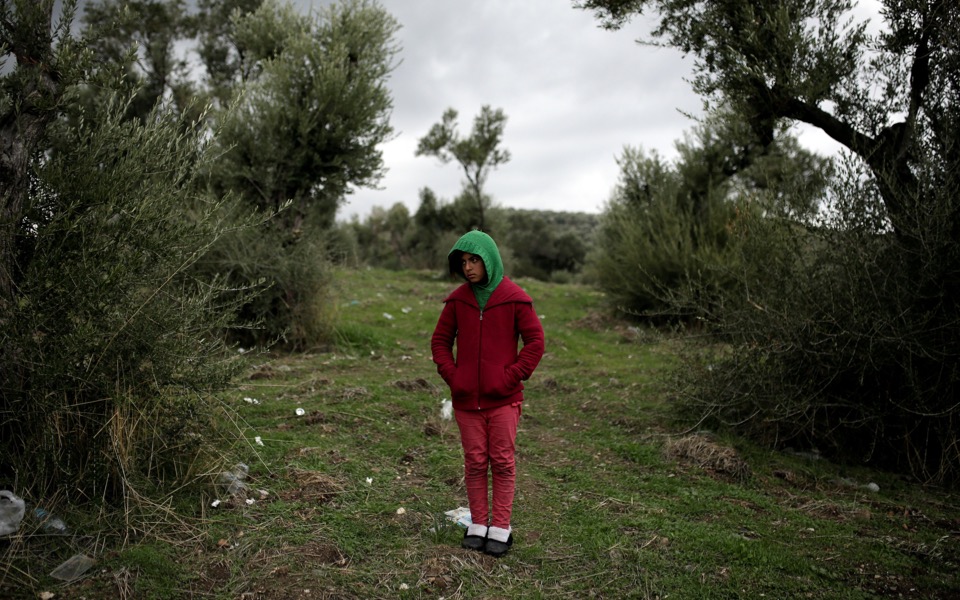 Syrian migrant Bashar Wakaa and his heavily pregnant wife are days away from the birth of their third child, stranded on the Greek island of Lesvos in a muddy, garbage-strewn olive grove with no running water or toilets.

Nearby, three Syrian men share a flimsy tent designed for two. Like the expectant couple, they arrived by rubber dinghy from Turkey only to find the island’s migrant camp in a disused military base was severely overcrowded.

“This is not a life for humans,” said 23-year-old Anas Bakour, one of the men who shares the rain-sodden tent. “The animals have a better life.”

The hundreds sleeping in the woods are among more than 8,500 asylum-seekers stuck on Lesvos, where facilities for migrants were only designed to accommodate about 3,000. Thousands more are on four other Greek islands close to Turkey.

A deal between the European Union and Turkey struck in 2016 stemmed the uncontrolled exodus of nearly a million people across the Aegean Sea the year before.
Under the agreement, anyone crossing to Greece from Turkey who does not qualify for asylum must be deported.

Greek Prime Minister Alexis Tsipras discussed cooperation on migration with Turkish President Tayyip Erdogan, who arrived in Athens on Thursday for the first visit to the country by a Turkish head of state since 1952.

Though arrivals collapsed in 2016 following the deal, they have recently ticked up. In the four months to November, 15,800 asylum-seekers arrived on Greek islands, up 27 percent from last year, according to data from the U.N. refugee agency (UNHCR).

The data does not give monthly arrivals by country of origin but a UNHCR spokesman in Greece said most were Syrians, Iraqis and Afghans, as has been the case throughout the crisis.

Aid groups and experts on Europe’s migration crisis say the main problem is a lack of political will to improve conditions on the Greek islands, in the hope of dissuading more migrants from risking the sea crossing.

“No one will admit it but it’s a discouraging factor, a discouraging message for anyone who may want to come,” said Konstantinos Filis, research director at Greece’s Institute for International Relations.

Aid workers say there is now an acute shortage of medical care, the conditions are horrendous and more and more depressed asylum-seekers are cutting themselves or attempting suicide.

Camp residents say gangs, some armed with knives, roam at night, drugs and alcohol circulate freely and women cower in their shelters for fear of attack.

“Any girl in this camp expects at any moment that she will be attacked,” said Shahed Naji, 22, an Iraqi woman.

The EU-Turkey deal does not explicitly forbid asylum-seekers from leaving the islands until claims are assessed but the process takes months and stranded asylum-seekers grow desperate and frustrated, said charity Medecins Sans Frontieres (MSF).

“People need to get off the island as soon as possible,” said Aria Danika, MSF’s field coordinator in Lesvos.

Turkish officials said the increase in crossings to the Greek islands in recent months did not reflect any slippage on their part in implementing its agreement with the EU.

Some camp residents on Lesvos said they were not aware of the deal blocking their journey onwards to northern Europe.

Others said they left Turkey because they could not find work and found life unbearable.

“No one puts his life in danger to come by small boat if Turkey is good and he can live there,” said Amal Adwan, a Palestinian born in Syria now on Lesvos.

Adwan, who made seven attempted sea crossings before reaching Lesvos, said she might have had second thoughts if she had know what the conditions were like.

“If I knew before, maybe I wouldn’t have come,” she said.

The UN High Commissioner for Refugees Filippo Grandi told Reuters there was “a certain general resistance to moving people from the islands, not to create a pull factor.”

Greece’s migration ministry, which manages the Lesvos camp, has said it is trying to ease overcrowding but could not remove people in large numbers because of the EU-Turkey pact.

It declined to give an immediate comment on conditions on Lesvos and other islands.

Ahead of Erdogan’s visit, Prime Minister Tsipras told a Turkish news agency on Wednesday that the EU-Turkey deal was “difficult but necessary.”

The European Commission, which has offered Greece millions in emergency aid, said on Thursday it was working on a daily basis with the Greek authorities to try to improve the conditions on the islands but more needed to be done.

“I have earlier, also in Athens, expressed my frustration over the fact that although we have put so much money at the disposal of all the authorities, that still the situation on some of the islands is unacceptable,” the Commission’s First Vice President Frans Timmermans told reporters.

On Lesvos, the once-welcoming community is fed up. On Saturday, residents used cars to try to block a ferry from unloading containers intended to house more refugees.

The island’s mayor, Spyros Galinos, said EU policies had turned the island into “an open prison” and called for protests and strikes against the deal.

Sitting in his office overlooking the port, he compared Lesvos to a weightlifter being asked to lift heavier and heavier barbells: “Today, we’re buckling. When we get crushed the situation will be completely unmanageable and explosive.”

Back in the olive grove, Wakaa and his pregnant wife are despondent. “If they can’t accommodate these people then why are they accepting them in the first place?” Wakaa asked. “Let them drown in the sea. At least they will die and rest.” [Reuters]

The Icarian schoolboy who watched the night skies for NASA

An intrepid retiree takes on the high seas of the Atlantic

The ghosts of Thessaloniki are still here

US sees Greece as pillar of stability in the region