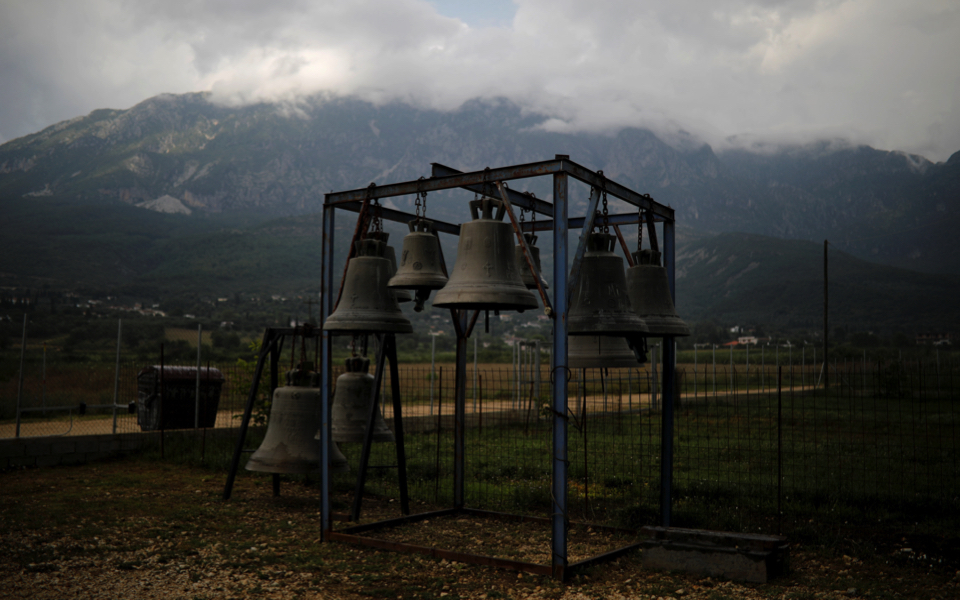 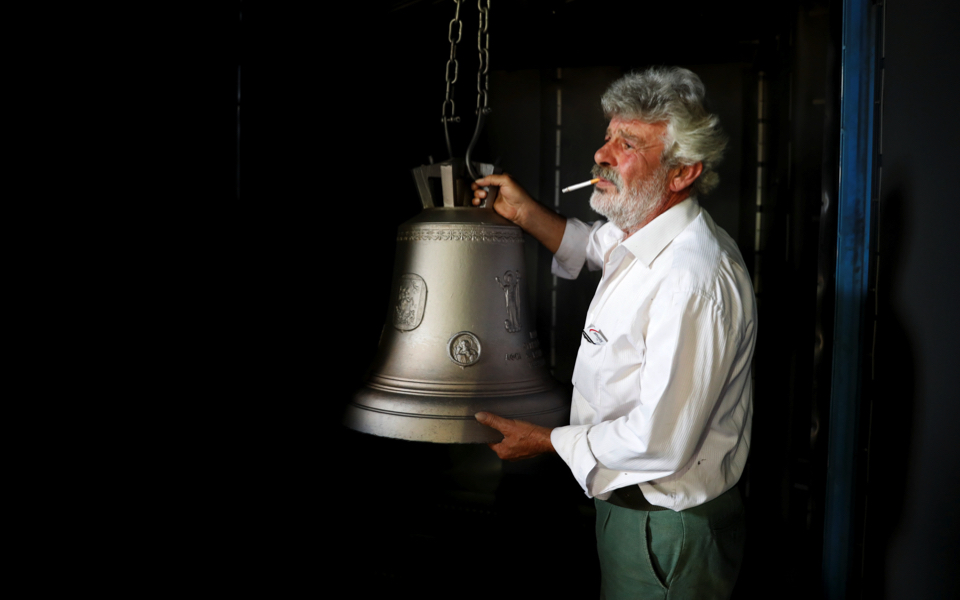 Thomas Galanopoulos, 59, holds a cleaned bell at his family's bell foundry in Paramythia. 'You have to be nuts about this job to do it. It's not for everyone,' Thomas said. [Alkis Konstantinidis] 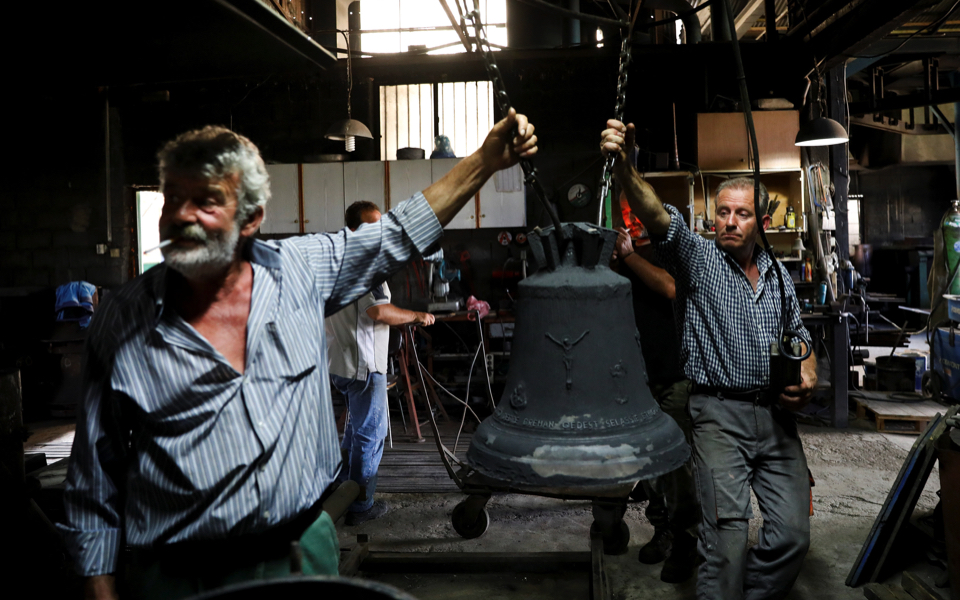 Thomas (l), 59, and Christos Galanopoulos, 55, prepare to clean a bell covered with sand at their bell foundry in Paramythia. [Alkis Konstantinidis] 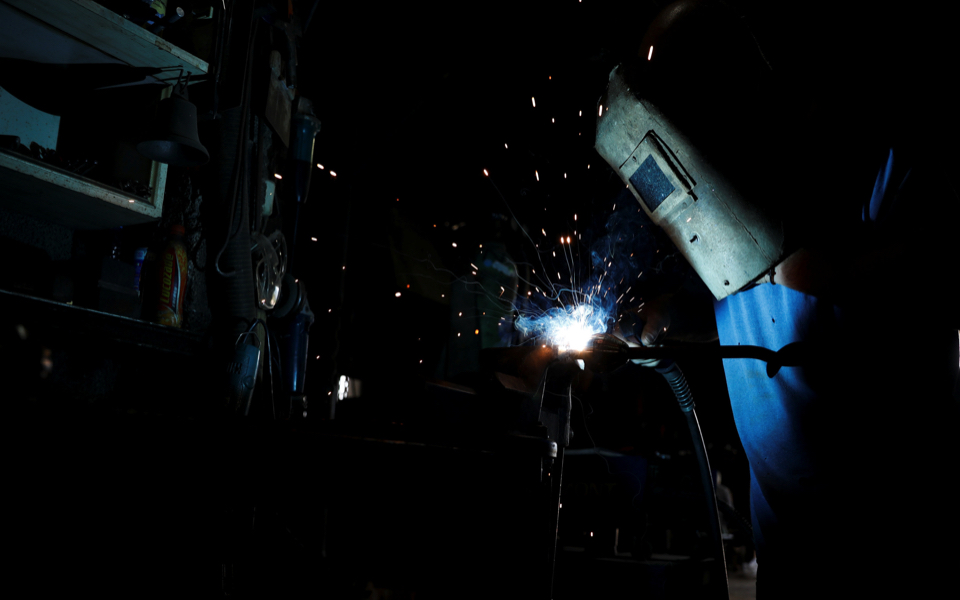 Almir Melishte, 46, works on a bell clapper at the Galanopoulos bell foundry in Paramythia. [Alkis Konstantinidis] 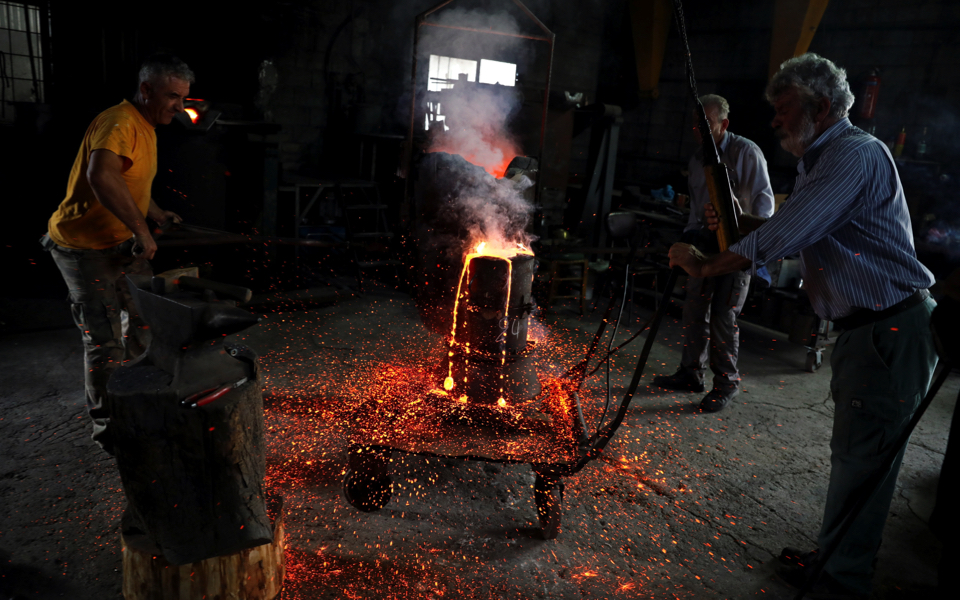 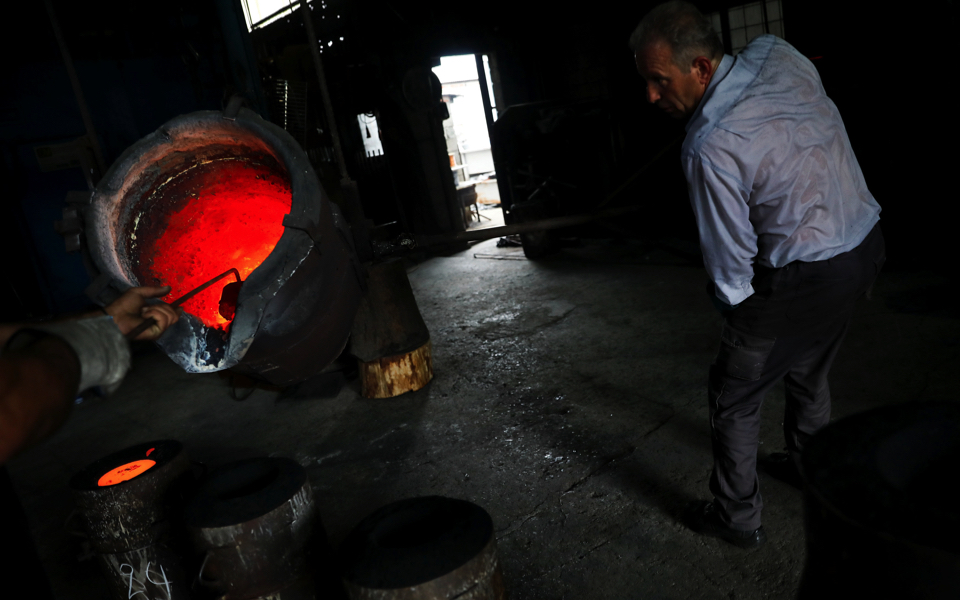 The silence blanketing the Greek plain is broken by the tinkle of a cowbell and the rumble of a blazing furnace.

In one of Greece’s last remaining bell foundries in the small, western town of Paramythia, the Galanopoulos brothers are busy casting church bells heading to Ethiopia and Romania, pouring red-hot molten metal into moulds of varying sizes.

Their family-run business has been around for 215 years.

These days, exports keep it alive.

"More than half of our production goes abroad," said Thomas Galanopoulos, 59, the elder of the two, wreathed in smoke rising from melting copper and tin.

At its peak, the foundry was producing 120 tonnes of bells a year for steeples across Greece, he said. Now, it’s down to 50 tonnes and their main customers are churches in the Balkans and Africa, while they also ship to Israel, Lebanon and Australia.

The Greek Orthodox Church permeates daily life in Greece, a country dotted with churches and chapels in even its most remote corners. But when the crisis hit, domestic demand collapsed.

The Church, not spared by the crisis, cut expenses to meet the rising costs of its soup kitchens and charities for the homeless and unemployed. Building or restoration work on churches often ceased. The faithful cut down on their private donations.

The Galanopoulos’s biggest bell, weighing 3.5 tonnes, hangs from a church in northern Greece. But those days are gone. The volatile commodities market made the bells too costly to produce at times. Six people now work in the foundry, down from nine.

Still, the buzz of the foundry rarely stops. The craft, a painstaking process of mostly manual labor, has remained largely unchanged since the 12th century.

For the brothers, the foundry is a labor of love.

"You have to be nuts about this job to do it. It’s not for everyone," said Thomas, who took over aged just 12 when their father suddenly died.

Christos, his shirt drenched with sweat from working over the furnace, smiled: "I spend more time here than at home. Even Sundays."

His first bell from 40 years ago hangs in a church in town.

Discarded bells engraved with the family name, some dating back to the 19th century, are stacked in the yard.

"It’s a job that I love and I never plan to abandon it." [Reuters]

Tea and sympathy around a stack of Tupperware