Ananias Mameletzis is spending the lockdown at the village of Armolia on the island Chios. 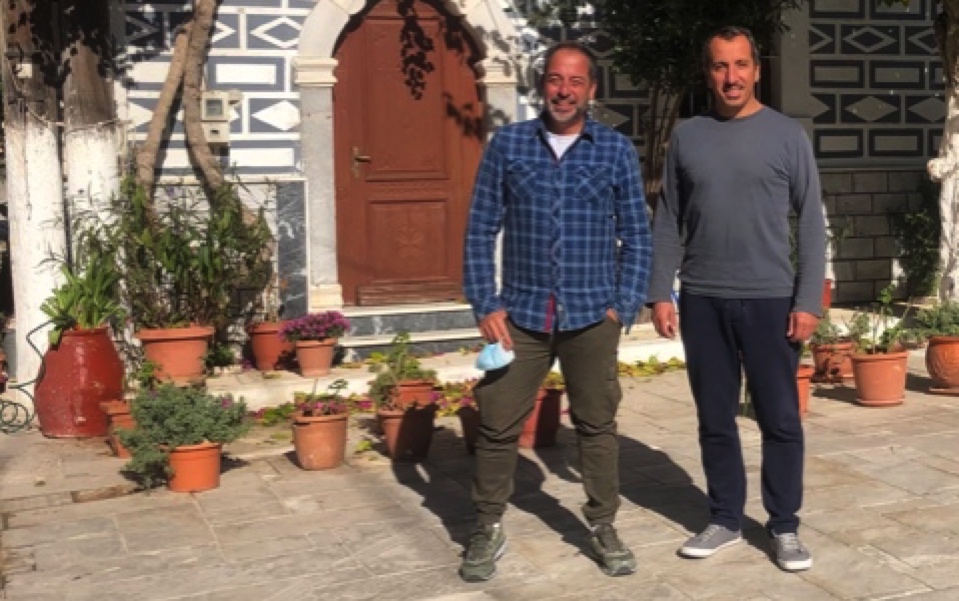 Anastasios Viglatzis and his partner Giuliano Aili (right) moved from Barcelona to the village of Kalamoti on Chios in the summer. 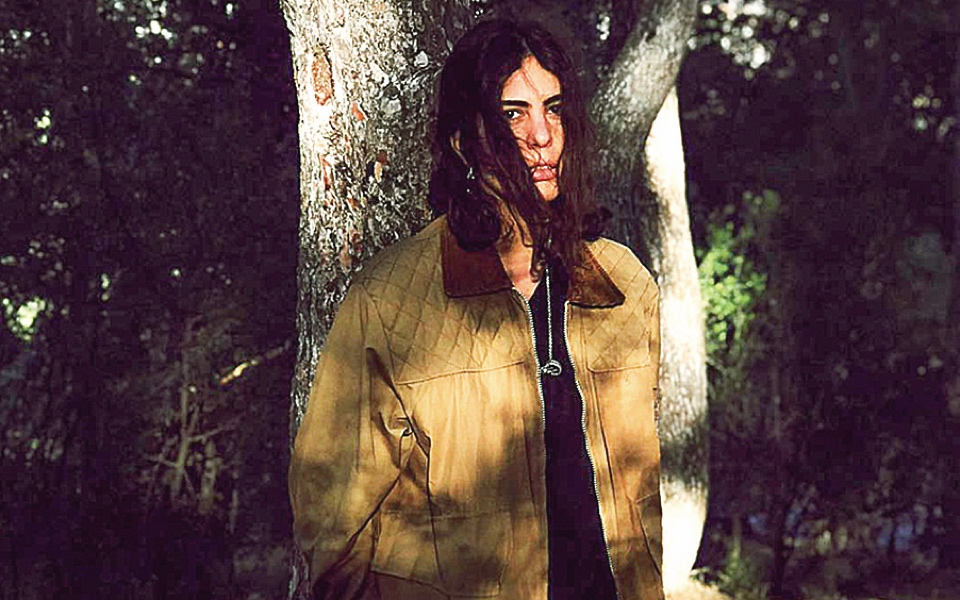 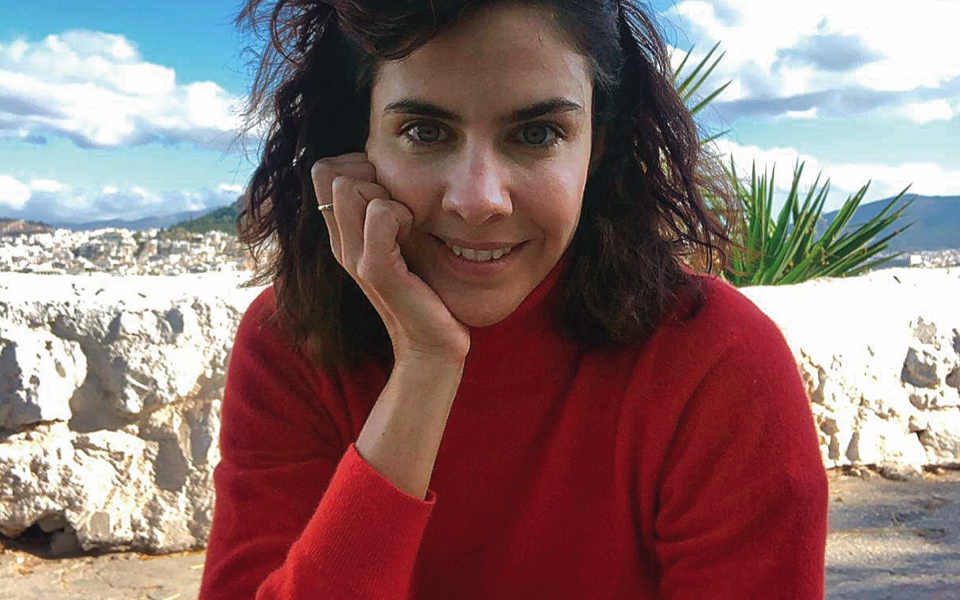 Letizia Sebregondi has been staying in the hip central Athens district of Koukaki since October. 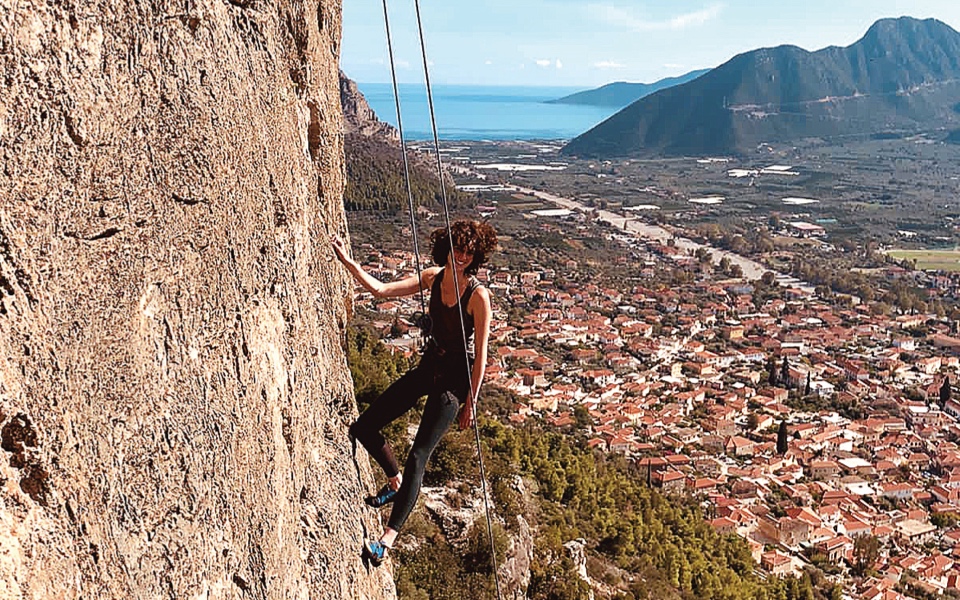 They are commonly known as “digital nomads,” but they might as well be described as “lockdown migrants.” Greece seems to have a strong appeal among Europe’s remote workers as a suitable place to experience quarantine life without having to give up too much in terms of living standards. Kathimerini spoke to several Europeans from their newfound homes in Athens, Arcadia and the island of Chios.

“I used to make lightning visits to Athens, until I happened to spend a whole weekend in the city. That’s when the idea of settling here was born,” says Letizia Sebregondi, who has been staying in the hip central Athens district of Koukaki since October 21. It’s not the first time that the 36-year-old, who works as a digital marketing consultant in the wine sector, has lived outside her native Italy, having spent time in Brazil, France and the United States.

“Athens has a youthful spirit that has long been lost in Italy. It feels like Lisbon 10 years ago,” she says.

Letizia seems to be enjoying her stay in Athens despite the restrictions. “I don’t feel pressure here, because even if I’m only allowed to walk as far as Philopappou Hill, the landscape is new to me and keeps me interested,” she says. With the power of the internet at hand, the Italian has been able to work without problems and does not rule out a job in promoting Greece’s wine sector down the line. “There’s great potential,” she says.

Although nothing is certain, Letizia plans to stay until the summer, at least. “Your health system has problems, but ours is not in much better shape either. I know you have good doctors and, at the end of the day, if you have to be hospitalized for the coronavirus, you are put in isolation anyway, so being here would be much the same as being in Italy,” she says.

Born in Milan to Italo-Lebanese parents, Tania Feghali moved to the downtown neighborhood of Mets a month ago. An independent filmmaker and photographer, she likes wandering around Athens’ First Cemetery looking at its famous sculptures, and shopping for fresh fruits and vegetables at the local street market.

“I’ve been visiting Greece for the past 15 years. As I see it, the Greek mentality stands somewhere between Italy and Lebanon,” she says. “Greece is the country I chose for myself.”

Before moving to Athens, Tania spent 10 years in Paris, one year in Buenos Aires and another in Bombay. She says that Athens is the place that inspires her most as an artist right now and that she’d be interested in working here as a film director.

“A country does not have to be perfect to be attractive. Athens is a relatively organized and safe city for a foreign visitor,” she says, mentioning the coronavirus test she had to take on arrival at Athens International Airport.

Realizing that a second lockdown in France was inevitable, Manon Louchard decided she would not spend another quarantine inside her small Paris apartment and put her Plan B into action.

“I had visited Athens for the first time earlier this year for two projects with Vogue Greece. The city was like a revelation to me,” says the 28-year-old model who is accustomed to traveling for work. “I had been thinking of coming back to Athens, even for a month, just for the Attic light. At the same time, I love nature and I have a passion for mountain climbing and I knew that Greece has many climbing destinations,” she says.

Having taken a pause from work, Manon moved to Leonidio in the Peloponnese’s Arcadia region before the second lockdown. “The pace of life is slow, people are very kind and accustomed to the sight of climbers like myself,” she says. “Arcadia lives up to its reputation as a place of pleasures. I love the quality of fruit and vegetables.”

Manon goes climbing and enjoys the fresh air and open skies. The only thing she regrets is not bringing her dog along with her.

Sitting in her apartment near the Panathenaic Stadium, Jana Weinert works for an Athens-based company. “Apart from the safety concerns, working remotely was a great opportunity for me to be in a favorite city,” says the 24-year-old German national. Jana got to know Greece through a friend and became hooked after that. “Athens has a lot to offer to a young European, which I guess is why people call it the new Berlin,” she says. “I really like it when people stop me on the street and speak to me in Greek.”

She is naturally looking forward to the end of the lockdown. “We will realize how lucky we are to be able to simply open our house door and travel,” she says.

“During a lockdown, the good things about living in a city – the vast choices of fun and entertainment – are simply no more, and many of the bad things prevail,” says Anastasios Viglatzis. He and his partner moved from Barcelona to the village of Kalamoti on Chios in the summer.

“We were wondering what things would be like in September and if we would be able to return safely. So we began to prolong our stay week by week,” he says, pointing to the benefits of living in a sparsely populated village during a quarantine. “Nowhere is ever busy, even if you’d prefer it to be. The open horizon is a 10-minute walk from home,” Anastasios says.

After working as financial director at the Financial Times for several years, Anastasios now works as a consultant at a Barcelona firm offering executive training. He was no stranger to teleworking.

Near to Kalamoti, the village of Armolia also has a newcomer. Ananias Mameletzis is from the island but has lived in London for the past decade.

“The first two weeks of lockdown were an unprecedented experience,” Ananias says, recalling being unable to find eggs at his local supermarket. “I was anxious for the summer so that the ban would be lifted and I could fly to Athens and eventually travel to Chios,” the 33-year-old says.

The original plan was to return to Athens or London in the autumn. He ended up staying in Armolia.

“This enforced break with normality was good for me as I was able to dedicate time to friends and family in Greece whom I used to see for no more than 10 days a year,” he says. “Life in the village, where I am so happy to live close to my grandmother, has helped me get a clearer idea about the things that really matter at the end of the day.”

He says he enjoys every winter day in Chios which, at the moment, has zero Covid-19 cases. Ananias however knows that he will at some point have to return to his base.

Santa candles get masked up in Greece in Covid-19 surge