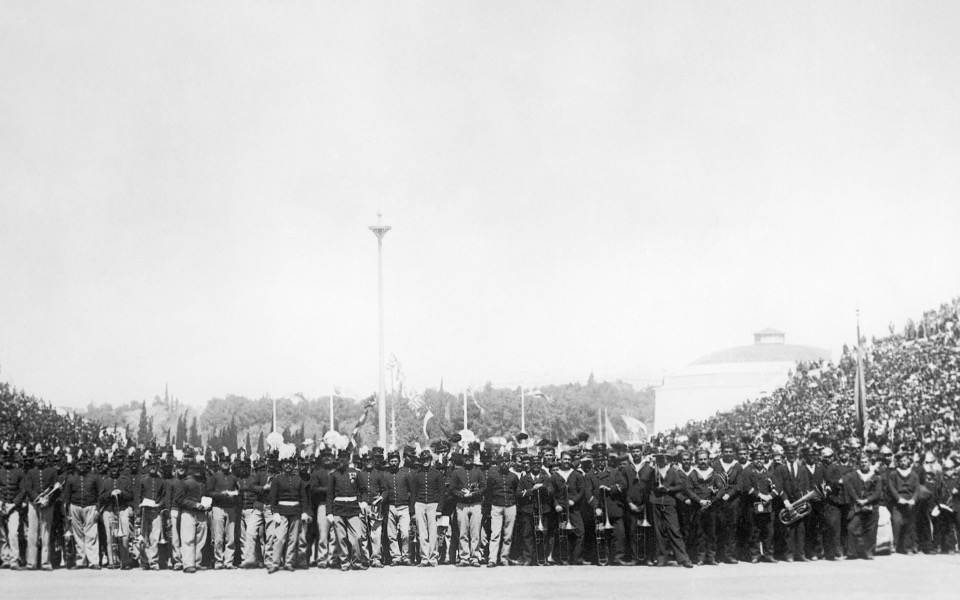 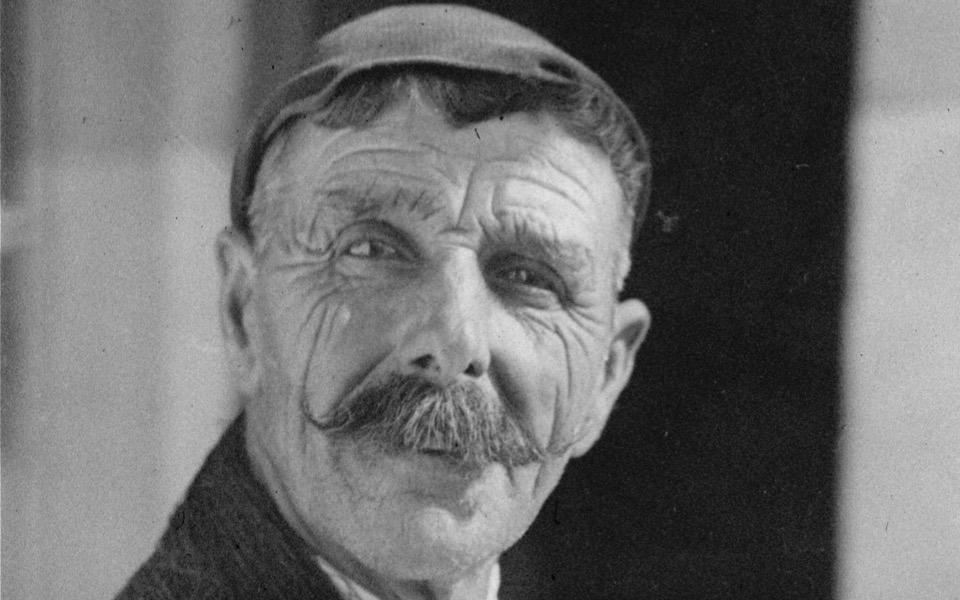 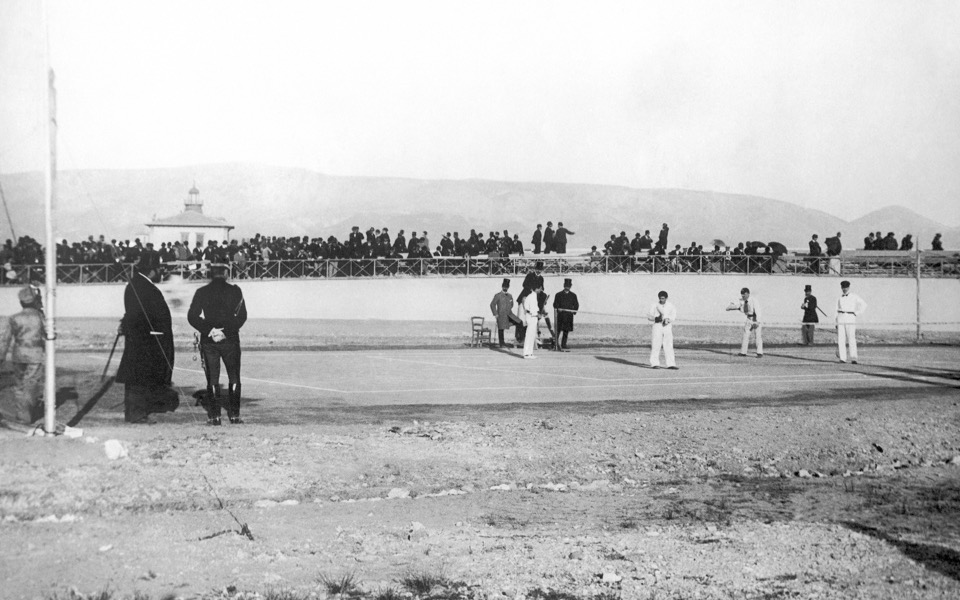 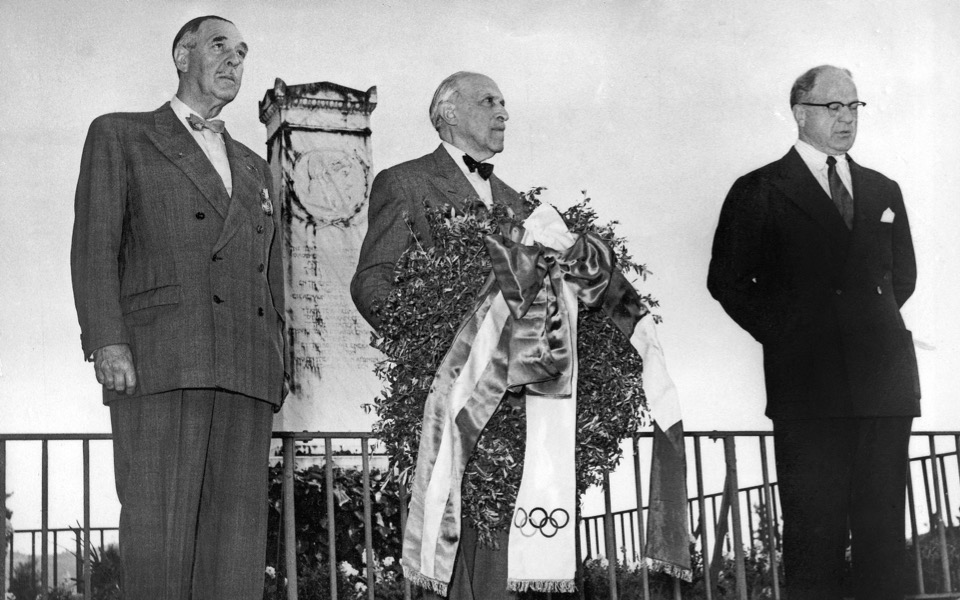 Spyridon Louis, an unheralded competitor in an unknown event, ran 25 miles from Marathon to Athens, following the path not just of the ancient messenger Pheidippides but also some more contemporary couriers on horseback and bicycle who announced his arrival at the Panathenian Stadium with the cry: "A Greek! A Greek!"

Sixty thousand of his countrymen greeted Louis as he entered the arena, their cheers echoing off the marble edifice. Crown Prince Constantine jumped onto the track to run alongside him for the final lap.

Embarrassed thus far by a shutout on the track in the inaugural modern Olympics, the hosts had their champion, a water carrier from a nearby town — and in a new event that was as Greek as the games themselves: the marathon.

"The fact that three Greeks were the first ones in the race has stirred up the whole population to the deepest enthusiasm," The Associated Press reported on April 10, 1896. "The vast assemblage looking on became fairly frantic and paid a tribute to the prowess of their victorious countryman such as the epic heroes of antiquity might well envy had they been here to see it."

The French aristocrat Pierre de Coubertin may have been the force behind the modern Olympics, working to revive the ancient athletics festival in its homeland in 1896. But it was Louis who first kindled the passion that helped the games grow into the world's largest sporting spectacle.

From that modest start in Athens with 241 participants in 43 events, the Olympics have ballooned to include 11,238 athletes vying for 306 gold medals at the 2016 Games in Rio de Janeiro. More are expected for the Tokyo Olympics that were postponed one year because of the coronavirus pandemic.

Here is a look at how the modern Olympic movement came to be:

The ancient Olympics began in 776 B.C. with a single, 190-meter sprint the length of the "stadion" where it took place — purported to be the distance Hercules could run on a single breath. The quadrennial sporting festival expanded over the next 400 years to include additional running events as well as chariot races, military competitions, wrestling, boxing, a Pentathlon and a mixed martial arts forerunner called pankration.

Only free Greek men were allowed to enter — women could not even attend, though they could claim victories for horses or chariots that they owned. Instead of medals, winners received wreaths cut from "the sacred olive tree of Zeus." Runners who committed a false start were beaten with a whip or a stick. Athletes competed naked, with the wrestlers coating themselves in oil.

Some traditions remain: A truce was proclaimed to allow the competitors to travel to Olympia safely. And then, like now, the Classical games were intensely political, with city-states using their athletic prowess to claim superiority.

The ancient Olympics were also religious, marked in the middle by the sacrifice of 100 cows or oxen to Zeus. Pagan festivals were banned in 392 by Roman Emperor Theodosius the Great, a Christian, but evidence suggests that the Olympic competitions continued for many more centuries before flickering out for economic reasons.

A French Baron convinced of the value of athletics in building character, Pierre de Coubertin was determined to revive the ancient Olympics as an international sporting festival.

After several failed attempts, de Coubertin finally obtained the support to stage the event in Athens in 1896, with Paris to follow four years later.

The first modern Olympics had no people of color and were all-male. The second Summer Games had its first recorded Black Olympian, Haitian-born French rugby player Constantin Henriquez de Zubiera, and female competitors in tennis, golf and sailing. And de Coubertin's belief in amateurism persisted as an Olympic ideal — in principle, though somewhat imperfectly in practice — until 1988.

There were 241 athletes from 14 countries competing in 43 events in Athens, but one mattered most to the host Greeks: The cross-country race retracing the steps of the messenger Pheidippides, who in 490 B.C. ran to Athens to deliver news of the victory in the Battle of Marathon before dying.

By April 10, 1896, the day of the first Olympic marathon, the hosts were reeling from their losses in track and field, including an especially galling victory by American investment banker Robert Garrett in one of the signature Greek events, the discus throw.

Louis delivered Greece's only track and field victory. Despite stopping mid-race to eat an orange and drink a glass of cognac, Louis finished more than seven minutes ahead of countryman Kharilaos Vasilakos. (Greece's Spyridon Belokas finished third but was disqualified for taking a carriage ride during the race.)

"The news of the athletic victory was flashed all over Greece," the AP reported, "and the whole country is rejoicing over it tonight as over a national victory."

It wasn't just the Greeks who were excited.

Members of the Boston Athletic Association — including Arthur Blake, who was among the marathon leaders before dropping out near the halfway point — were so impressed that they began staging their own long-distance run the following year. The Boston Marathon has been run every spring since except 1918, and hundreds more are held around the world.

The Greeks claimed 47 total medals to top the table, with the United States winning 11 gold. Gymnast Hermann Weingartner earned six medals in all: three gold, two silver and one bronze.

The 1896 Games also made a star of 18-year-old architecture student Alfréd Hajós, dubbed by the Athenian press as "the Hungarian Dolphin." Taking up swimming at the age of 13 after his father drowned in the Danube River, Hajós overcame 13-foot (4-meter) waves in the cold, open water of the Mediterranean Bay of Zea, to earn two gold medals.

"My will to live completely overcame my desire to win," said Hajós, who coated himself in a thick layer of grease to ward off the cold.

At a dinner to honor the Olympic champions, Greek King Georgios I asked Hajós where he learned to swim so fast. His reply: "In the water, Sir." [AP]

* With the Tokyo Olympics postponed for a year because of the coronavirus pandemic, The Associated Press is looking back at the history of Summer Games. Here are some of the highlights of the 1896 Olympics in Athens, when Spyridon Louis won the race that would come to be known as the marathon in the first modern revival of the ancient Greek sports festival.

Japan Olympics chief: torch handover in Olympia to be held without children

Olympic flame to stay a month in Fukushima; next stop unsure

IOC is endangering our health, Greek champion says, demanding a Tokyo 2020 ‘Plan B’