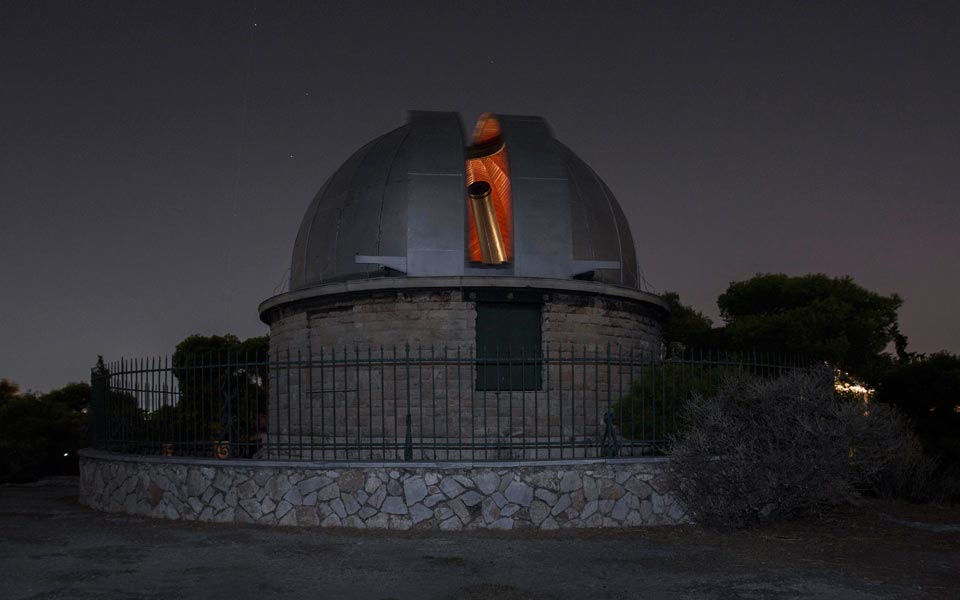 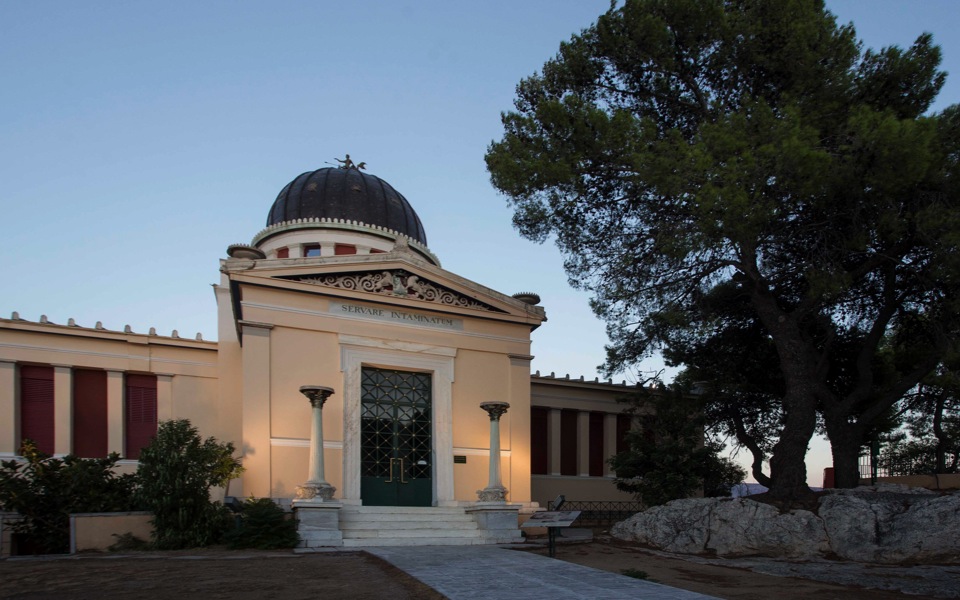 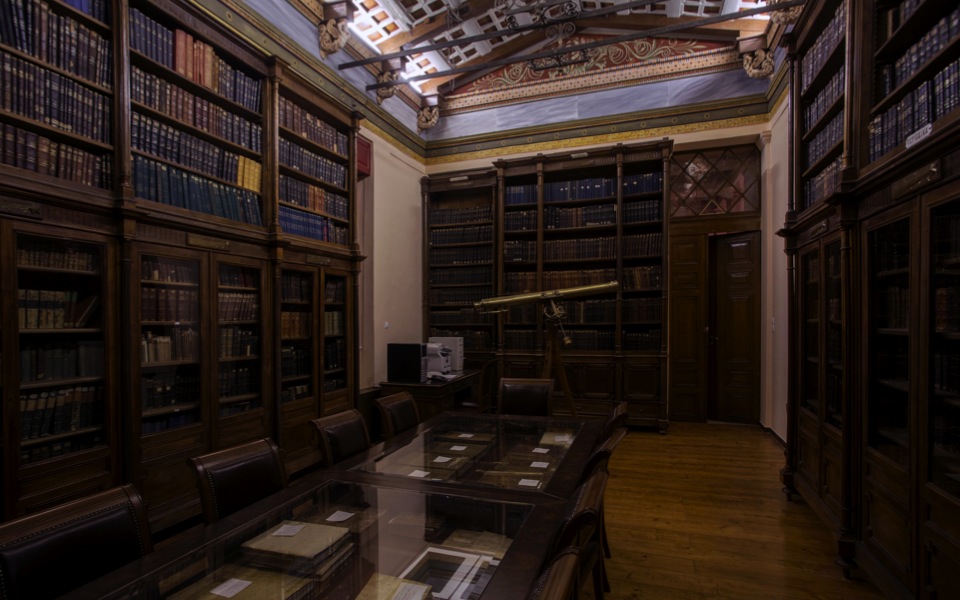 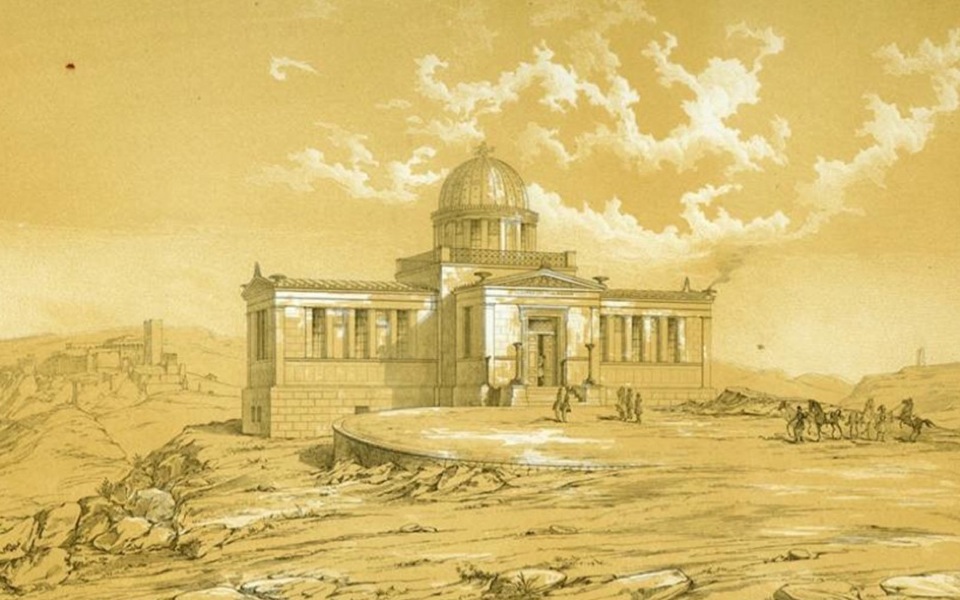 Few memories are sweeter than those nights gazing at the stars from the safety of a parent’s embrace, somewhere between heaven and Earth. Every new experience with astronomy reawakens that child that thirsts to discover the world and its limits.

It was with this childlike enthusiasm that I climbed one evening to the National Observatory of Athens (NOA) in the central district of Thiseio. Atop the Hill of the Nymphs, with an uncluttered view of the Parthenon, the beautiful building designed by Danish architect Theophil Hansen is full of small treasures. Just over 100 meters away, under a recently revamped dome, a telescope made by Paul Ferdinand Gautier in 1902 plunges us into the atmosphere of Jules Verne’s “From the Earth to the Moon.”

The NOA is one of Athens’s best-kept secrets, but not for long as it’s being discovered by more and more people thanks to a program of tours for schools and independent groups launched in recent years as part of the institution’s efforts to reach out to the public.

At the iron entrance gate we are welcomed by the NOA staff, including astrophysicist Dimitris Tsimbidas, an amiable man in his 30s who, together with a group of other young scientists, is responsible for showing people around the observatory and explaining the function of the different buildings and instruments. He tells us the story of the NOA. Not surprisingly it was founded as part of the process of building a modern Greek state following the country’s liberation from Turkish rule, and the desire of the nation’s benefactors to endow the Greek capital with all the institutions to be found in other European cities.

The entrance is etched with the phrase Servare Intaminatum (To be kept intact) and displays the escutcheon of the Sinas family. Tsimbidas explains: “Around 1849, Baron Georgios Sinas, then Greek consul in Vienna, expressed his interest in making a donation toward the development of scientific research. He sought the advice of his friend Anton von Prokesch-Osten, Austria’s ambassador in Greece, whose secretary at the time was the physicist and astronomer, professor Georgios Vouris. On their urging, Sinas decided to donate 500,000 drachmas to the Greek state to establish and equip an observatory in Athens. It was the first research center in the country and the foundation stone was laid on June 26 (July 8 by the new calendar), 1842 during a solar eclipse. It was inaugurated 169 years ago, on September 9/21 in 1846.”

“The initial aim of the institution was to measure time and record meteorological phenomena,” explains Tsimbidas, adding that the observatory’s current president, astrophysics professor Kanaris Tsinganos, believes that Sinas and Vouris had the foresight to see that shipping would be one of the main pillars of development for the newly established Greek state.

“They put an emphasis on the precise calculation of time, because, without it, a ship leaving Piraeus in those days would not have been able to rely on the nautical chronometers. National time was calculated here and then spread to the rest of Greece.”

Before I enter the building I take a few moments to enjoy the view from the courtyard, from where all distances are calculated between Athens and other parts of the country and the world.

Crossing the threshold of Sinas's historic building, the significance of such institutions and edifices in the forging of the Greek state’s identity becomes instantly apparent. Imposing and sparsely elegant, they set the aesthetic standards through neoclassicism. The building has been beautifully restored by the School of Fine Arts.

The halls of the building designed by Hansen have displays of instruments as well as a library with an enviable collection. One of the highlights is a map of the moon that was the most accurate ever drawn in its time, created by Julius Schmidt, a German and the NOA’s third director (1858-84), who was also responsible for enriching the library and the observatory’s technical capabilities.

His monumental topographical survey of the moon was possible because of the clearness of the Athens sky. The map is 2 meters across and consists of 25 sections that represent the entire part of the moon that is visible from Earth. It was drawn with the help of a refracting telescope designed by Simon Ploessl and has over 32,000 details.

“Even though it was drawn in the late 19th century, it is useful even today,” says Tsimbidas. “It was renowned throughout the world and there is even a reference to it in the original French version of Jules Verne’s ‘From the Earth to the Moon.’”

A copy of the original map is on display in the observatory’s museum, while the telescope through which Schmidt observed the moon is just a floor above, though it is not in operation.

The NOA started organizing visits in 2008, but one of its highlights, the Dorides telescope made by Gautier had been out of operation since the 1980s after suffering mechanical failure, and the other telescope at the dome was also out of order.

In 2014, the then head of the OTE telecom group, Michalis Tsamaz, happened to take a tour of the facilities and decided to help after seeing the problems. He dispatched a specialized technical team from OTE to conduct a study and fix the electrical and mechanical faults. At the same time, the facility was given a full maintenance makeover and the footpath leading up to it was properly illuminated to make access easier for visitors.

The head of the team, Giorgos Kladouchas, says that the work took two months to complete.

“We worked hard to fix all the problems and it was a unique experience for us, OTE technicians who were accustomed to maintaining networks and devices, to be the first to see that incredible view of the planets. It’s something that remains etched in our memories. As far as the lighting of the paths is concerned, we did such a good job that we were asked to do the same at Pnyx Hill.”

Leaving Sinas’s building behind, we took a discreetly lit path to the most fascinating part of the tour, to see the Dorides telescope, from 1901, which is located in a separate dome.

“Dimitrios Dorides was born and raised in France,” our guide explains. “He had never visited Greece and led a solitary life in Bucharest. He would dress like a pauper and never left his home. When he died in 1866, it was discovered that he had a fortune of 12,000 gold sovereigns, which he had bequeathed to Greek public institutions. A few decades after his death, the money was eventually given to the Academy of Athens, which endowed the observatory with this magnificent telescope.”

Tsimpidas opens the dome with the push of a button, revealing a slice of the evening sky. With skilled movements, he moves the hand-operated telescope to point to the moon. You need to climb some steps to reach the eyepiece. The view of a part of the moon is crystal-clear.

This is the wonderful epilogue to a fascinating visit to one Athens’s greatest gems, connecting us to the universe.

Details on the NOA and its program of tours, which must be booked in advance and are available in multiple languages, including English, are available on its website, www.noa.gr. General admission costs 5 euros (2.50 reduced).

Rebetiko legend brought back to life on the silver screen