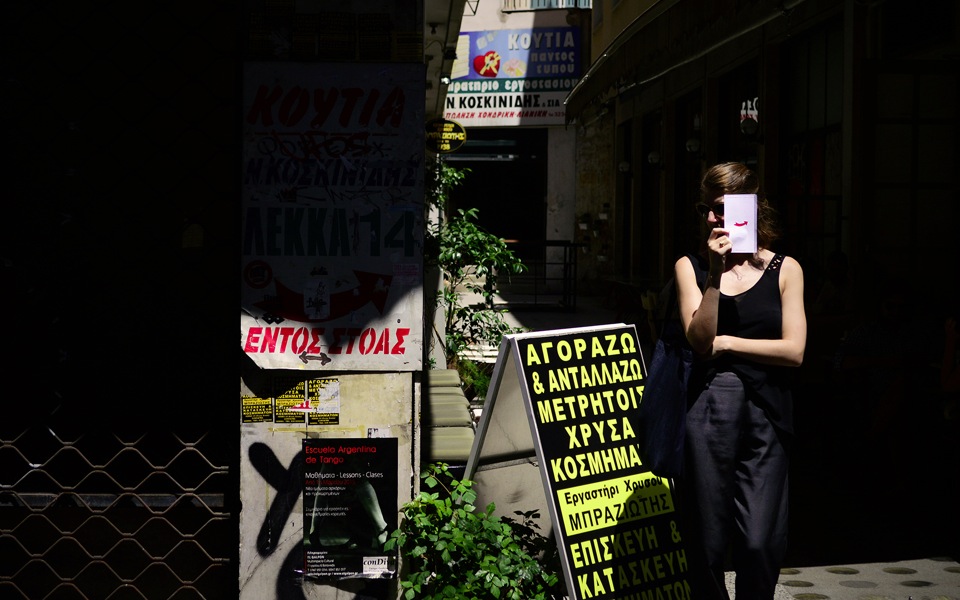 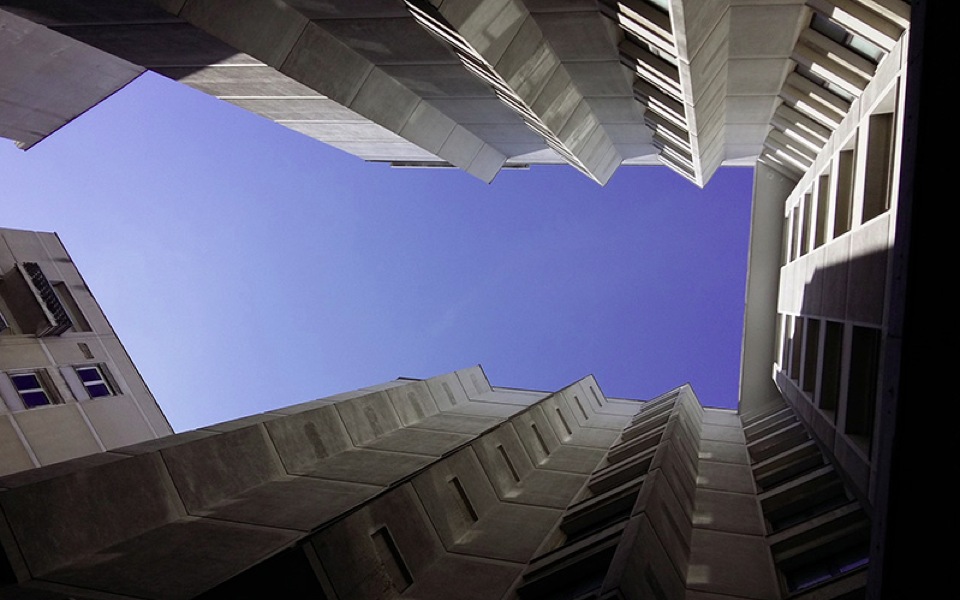 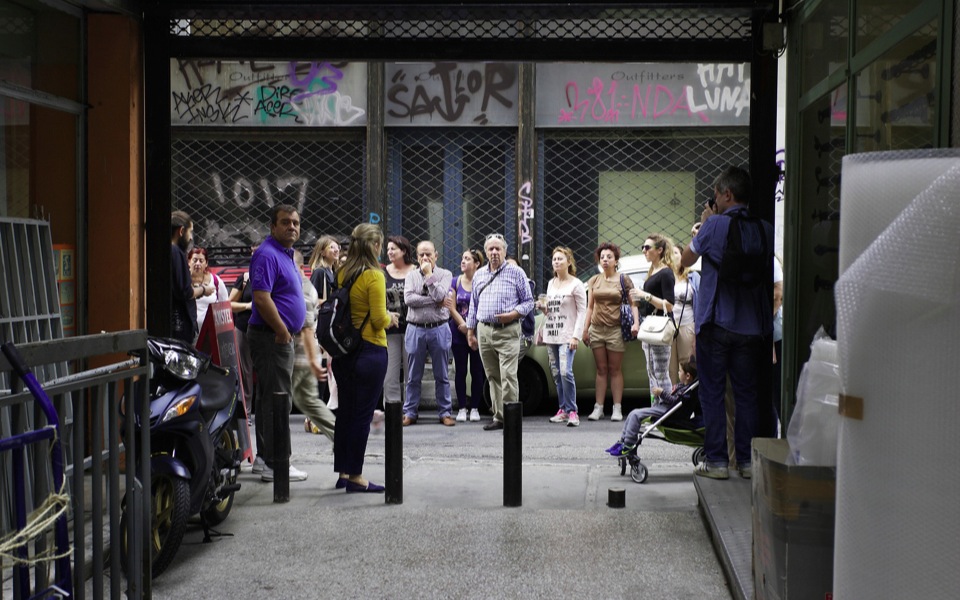 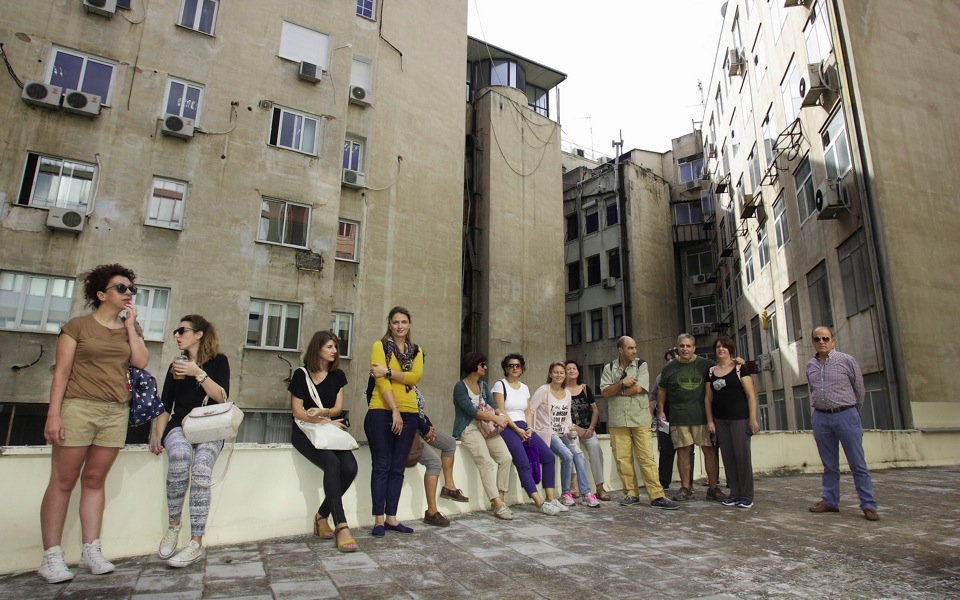 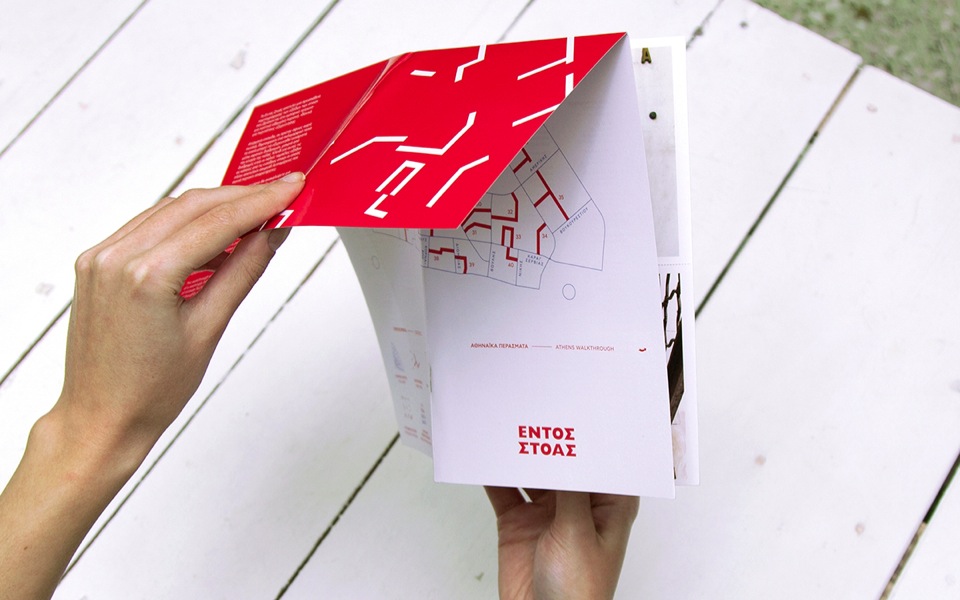 She grew up in the foothills of Mt Parnitha and went on to study in the well-ordered, if somewhat predictable Netherlands. Now back in Greece, in her late 20s, graphic designer Natassa Pappa has found a way to import some of that order into the grit and chaos of downtown Athens.

Her project “Into Stoas” maps the largely neglected and overlooked commercial arcades in the center of the capital. For about two years, Pappa researched and photographed dozens of these covered walkways (usually referred to in Greek as “stoas” or “stoae”) – an undertaking that ultimately resulted in an interactive, and purposefully minimalist, guide with a fold-out map and a rather ambitious goal: “I wanted to come up with a fresh narrative for the city,” she says.

“Into Stoas” is an interdisciplinary project that borrows from graphic design, architecture, town planning and the urban experience. “Moving between those boundaries means that I may sometimes make, let’s say, arbitrary decisions: The map, for example, may not sit well with an architect,” she says. “As a designer, however, my goal is to create a product for the average person and offer a fresh experience.”

Pappa, whose postgraduate work at St. Joost school of fine art and design in Breda drew from the Situationist International concept of psychogeography in exploring more playful ways of drifting around urban environments, would love to see people use her guide as a tool to navigate Athens’s interior passages on their own.

“The city is a terrain to be explored. I only give away where stoas lie. This is about losing yourself in the city, moving about in a spontaneous fashion,” says Pappa, who is disdainful of the more mainstream understanding of tourism.

“Tourism is usually understood as a routine that you wish to follow. You travel to Paris and you visit the Eiffel Tower. Your photograph of the monument is your trophy from a faraway destination,” she says.

For those who prefer someone else to lead the way, Pappa also organizes walks, for English speakers as well as Greeks. If you decide to join one of her “Athens Walkthrough” sessions you will be taken around 11 stoas, from the refurbished Western-style atrium-covered Stoa Arsakeiou, which serves as a thoroughfare for foot traffic between Panepistimiou and Stadiou streets, to the surreal (make sure you climb the staircase to the rooftop to catch a rather dystopian spectacle) Stoa Anatolis (meaning Stoa of the East, which was allegedly inspired by a design seen by the architect in Alexandria, Egypt), off Aristeidou Street, once a hub for printing presses.

During the walk you will get a chance to chat with neighborhood businesspeople and taste some local delicacies. Don’t expect to get too much in terms of urban history or architectural analysis. The experience is rather driven by interesting anecdotes and the beauty of unexpected encounters.

Back to the future

The bulk of Athens’s arcades were built in the interwar and postwar periods – a utilitarian concept aimed at maximizing buildings’ commercial use as they grew in size to occupy entire blocks. Built along the lines of the Western European archetype, they were a prologue to the commercial centers that mushroomed in Athenian suburbia in the 1980s and 90s, and to their latest – and more commercially successful – reincarnation: shopping malls.

Unable to catch up with the economic change, these early arcades began to decline after 1970. More than 40 arcades of about 65,000 square meter surface can be found within the contours of Athens's commercial center delineated by Panepistimiou Avenue, Ermou St and Athinas St.

According to recent data, the average occupancy rate of non-renovated arcades is about 54 percent but it rises to 83 percent for their renovated counterparts such as Stoa Spyromiliou – City Link or Stoa Korai. In some arcades the occupancy rate has dropped as low as 10 percent.

The aesthetic implications of Greece’s brutal financial crisis have somewhat paradoxically been coupled with a rise in urban activism and rekindled interest in the city. Pappa does not treat the arcades as an architectural legacy to be mourned or admired in doses of Instagram-filtered nostalgia. Rather, what she sees in that particular building type is a model to build on.

“We should make use of the arcades’ unique character: shopowners are here in close proximity; it is inevitable that they will exchange ideas and get feedback,” says Pappa, who has seen a similar pro-synergy micro-environment at play at her downtown Athens workspace at Romantso, a former printing house-turned-incubator designed to help get arty individuals and start-ups off the ground.

In an initiative last year, two local architects teamed up with the City of Athens in a bid to bring business back to the Stoa ton Emboron, or Merchants' Arcade, which links Voulis and Lekka streets just off Syntagma Square. Creative people of every stripe were invited to put the unleased properties to use as production facilities and laboratories to explore new ideas and promote their work.

Pappa, who ran a workshop at the venue, says initiatives like this make her optimistic about the city’s future. Plagued for decades by the indifference and contempt of a population that arrived en masse from the rest of the country, Athens, she believes, stands a much better chance in the hands of the newer generation of creative individuals that were born and raised here.

“Athens is worn down and dysfunctional. But we can definitely solve many of its problems,” she says.

For bookings and more information visit facebook.com/intostoas, call 6972.937.037 or send an e-mail to [email protected]

Artists in bid to wake Europe’s conscience to migrant cause

Lanthimos’s ‘Lobster’ drills to the soul of modern man