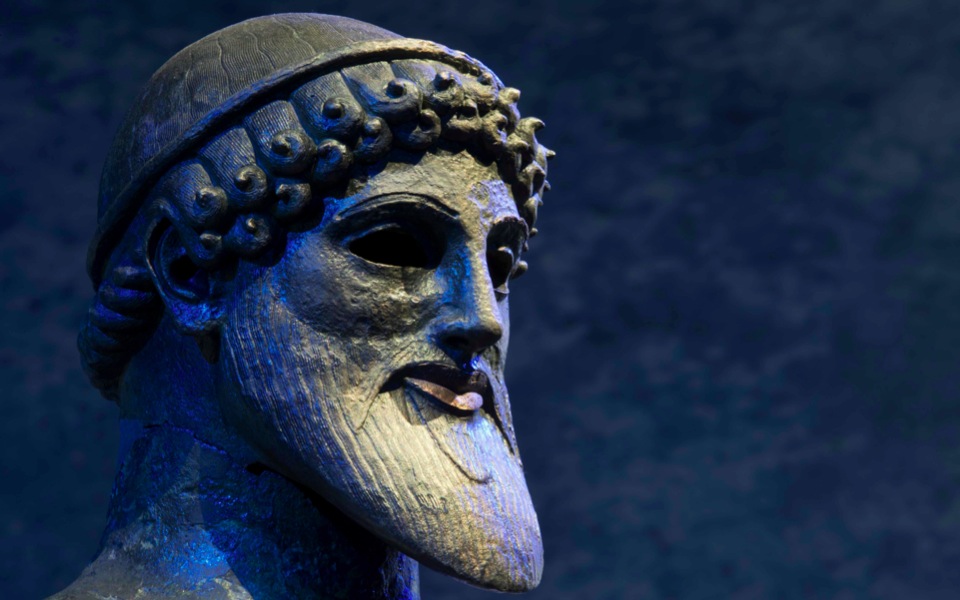 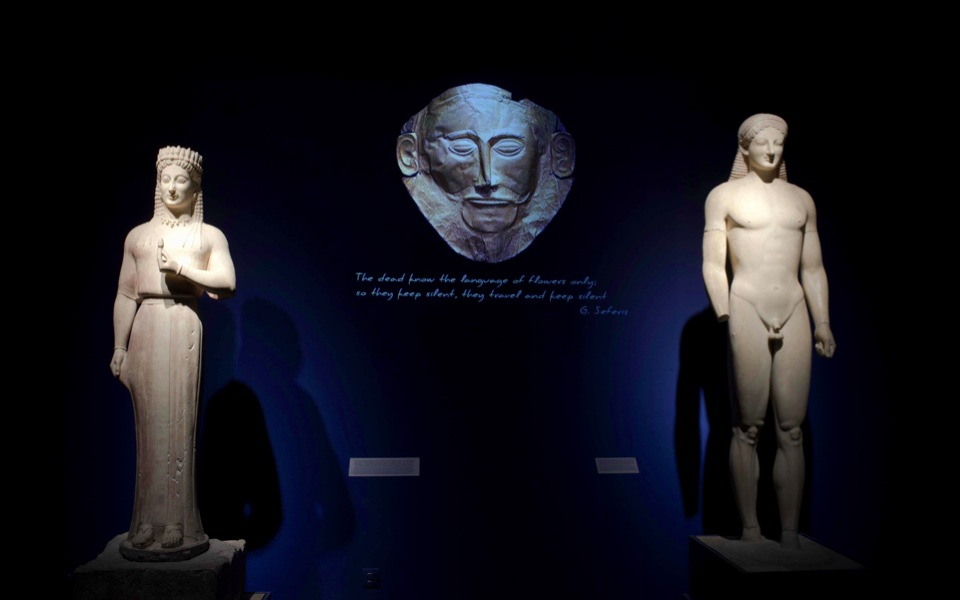 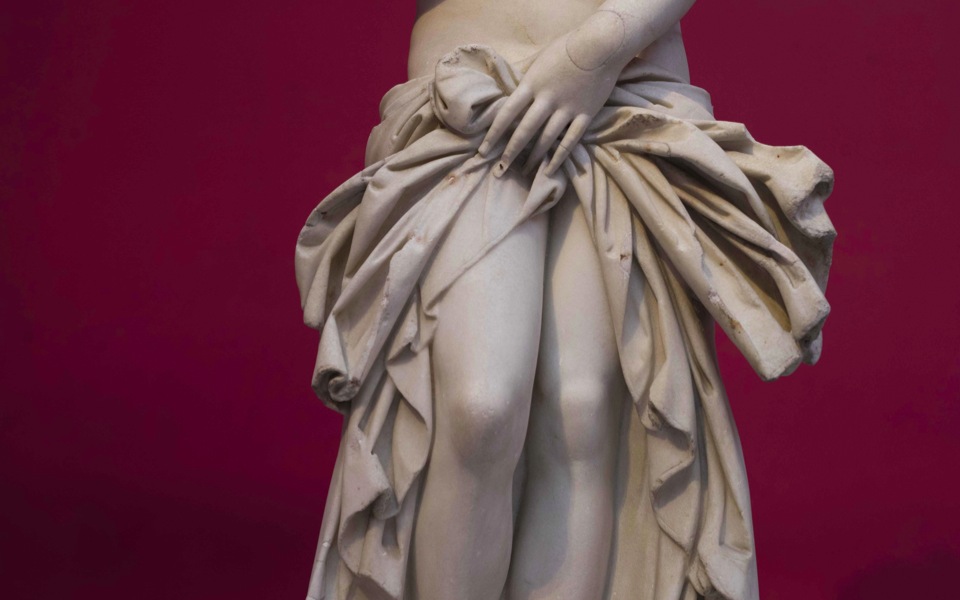 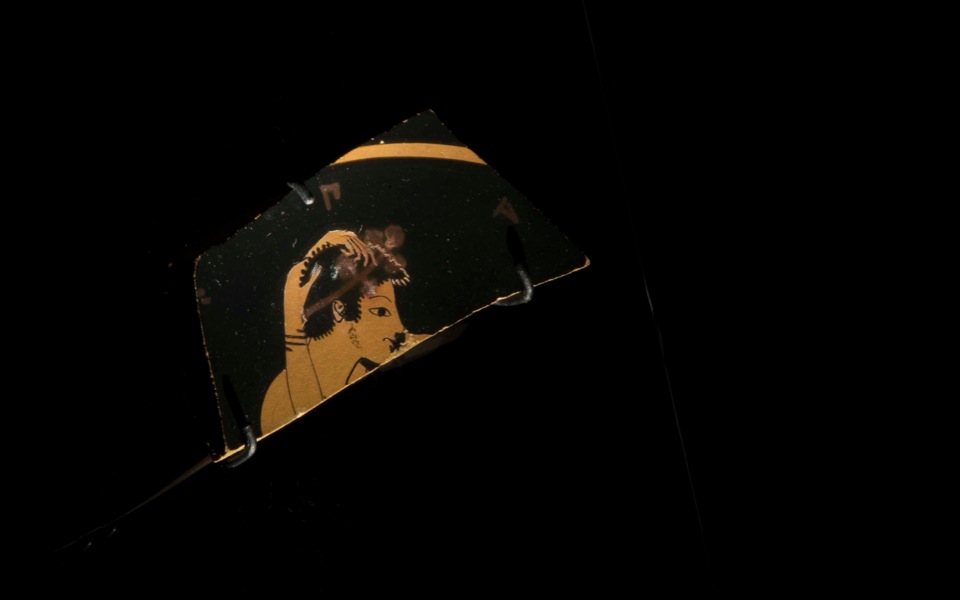 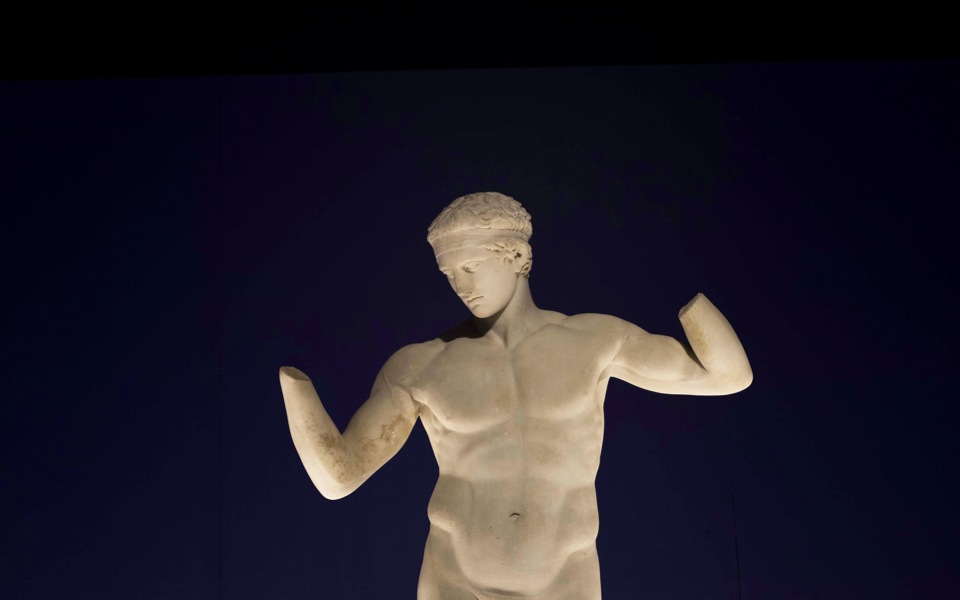 The biggest and oldest repository of Greece’s archaeological riches is celebrating its 150th birthday with a small but jam-packed exhibition.

Nearly 200 artifacts excavated from all over the country are on show in the darkened temporary exhibition hall of the National Archaeological Museum in Athens, spot-lit and blended with music, poetry, and the sounds of waves and creaking ships' blocks.

Among the items on display are the earliest human representations in the Greek world – a stylized figure with hands raised as if in greeting, on a fragment of a pot shard made 7,000 years ago – and a marble statue of a victorious athlete tying a ribbon round his head, a later copy of a 5th Century BC bronze work.

While including many iconic works, curators side-stepped the obvious. Many of the museum's best-known pieces are absent – though visible in neighboring halls – ceding the spotlight to understated artifacts such as a tiny piece of a painted 6th century BC wine cup decorated with a kissing couple: The ravages of time have only left the youth's head, and the woman's lips and hands, visible.

The museum was founded in the late 19th century, with the intention of bringing together masterpieces from all over the country.

For decades it remained the final destination for all new finds, including the striking wealth of the Mycenaean royal tombs excavated in southern Greece. The flow slowed with the creation of well-appointed local museums in many parts of the country, and the only new exhibits acquired nowadays are antiquities seized from smugglers.

Even so, the roughly 11,000 pieces on display are far outnumbered by the items in storage and only accessible to specialists. In recent years, museum officials have sought to bring those too to the public eye in occasional displays.

Together with the exhibition, the museum is running a display of photographs from the 1940s, when ahead of World War II and the subsequent German occupation of Greece, the museum was emptied, its masterpieces buried under its floors, in the Bank of Greece vaults or in secret caches round the Acropolis.

An online donation box to save the ancient theater of Cassope