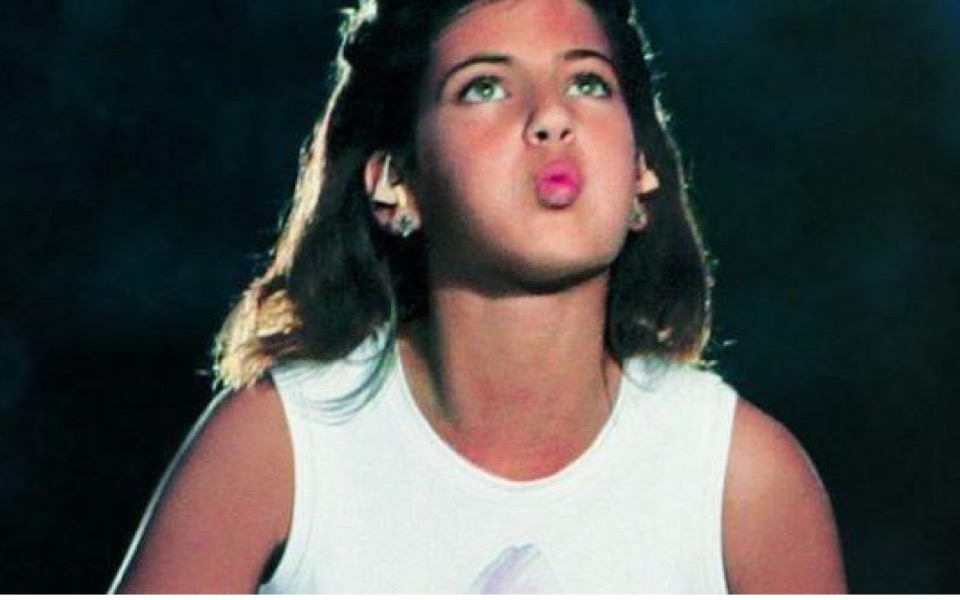 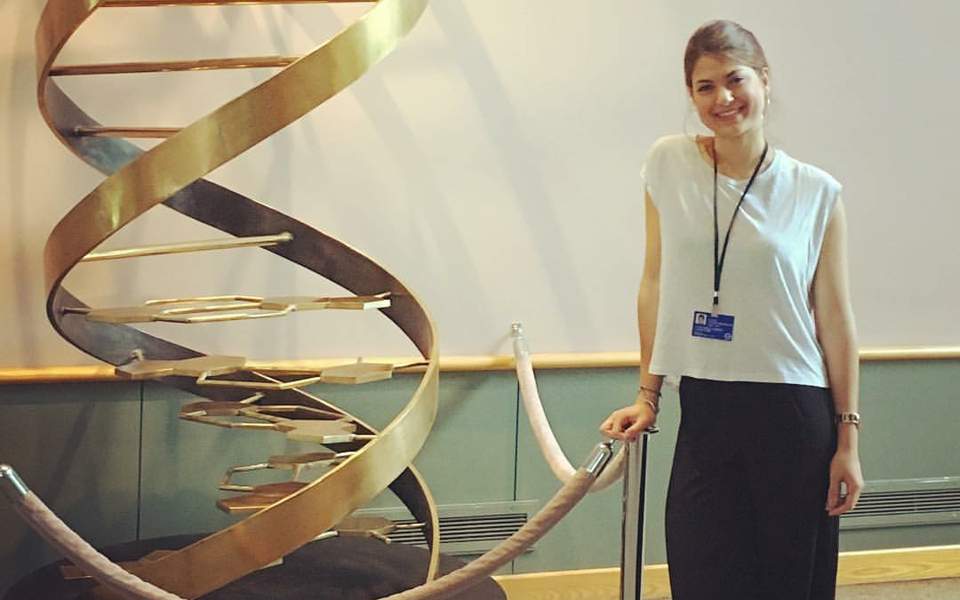 “I didn’t have much of a clue, didn’t feel that there was anything important or special about the role I had been assigned. All I had to do was what I’d been told.” It’s been almost 13 years since that night at the Olympic Stadium in Athens on August 29, 2004, when Foteini Leonidopoulou, aged 10 at the time and dressed in a simple white shift, walked in front of a crowd of thousands and “blew out” the Olympic Flame.

The scene lasted just a few seconds, yet the image of the child with her cheeks puffed out and her expressive eyes has become one of the most enduring associated with the 2004 Games opening ceremony.

The “flame girl,” who grew up in an SOS Village under the care of a charity organization for abandoned, orphaned and destitute children, has now flown the nest and is studying in the United States on a scholarship. Kathimerini contacted her at her home in New York to talk about her life today, but also about the details of that marvelous night.

“It was a milestone year for me,” says Leonidopoulou. “I was very fortunate to have been chosen from among so many children and even luckier that I succeeded,” she says. “I’ll never forget the applause at the Olympic Stadium. In that instant I felt the love and warmth of the entire world! I was taken aback. ‘Why are they applauding so passionately?’ I wondered. No one told me there would be around 70,000 people watching me in the stadium and billions on television. As weird as it may sound, I just wanted it to be over.”

No one knew Leonidopoulou had been cast for the part. The artistic director and choreographer of the event, Dimitris Papaioannou, had chosen her from among a series of photographs while she was at summer camp. “I only learned much later that Mr Papaioannou had asked for a child from an SOS Children’s Village. Apparently he was pleased with my characteristics because he wanted them to be very Greek. When I met him, he told me how wonderful he found the fact that my name means ‘the glowing one’ and my role was to put out the flame,” she recalls.

Leonidopoulou had always wanted to become a scientist. She was a top student at school and went on to study biology at university. A few months ago, she became one of 20 applicants among thousands to be awarded a scholarship to study molecular biology at Binghamton University in New York. “When I got the email from the dean of the school asking me if I was still interested in the program, I wanted to scream with joy,” she says.

Since June, Leonidopoulou has been part of Professor Adrian Krainer’s team at Cold Spring Harbor Laboratory – one of the world’s leading centers of research in molecular biology and genetics. When we asked if she’d continue a life and career away from Greece, she responded without hesitation: “I’ve always admired people who dedicated their lives to changing the world. I would love to make a contribution to science. If the place that can provide me with the best infrastructure and prospects is a leading university in the United States, then I will stay here. I will always love and think of Greece, however far away I am.”

Who made my clothes? Join the Fashion Revolution

Many Cyclades museums require upgrades due to growing collections, visitors

The fearless pirate of the Aegean Sea