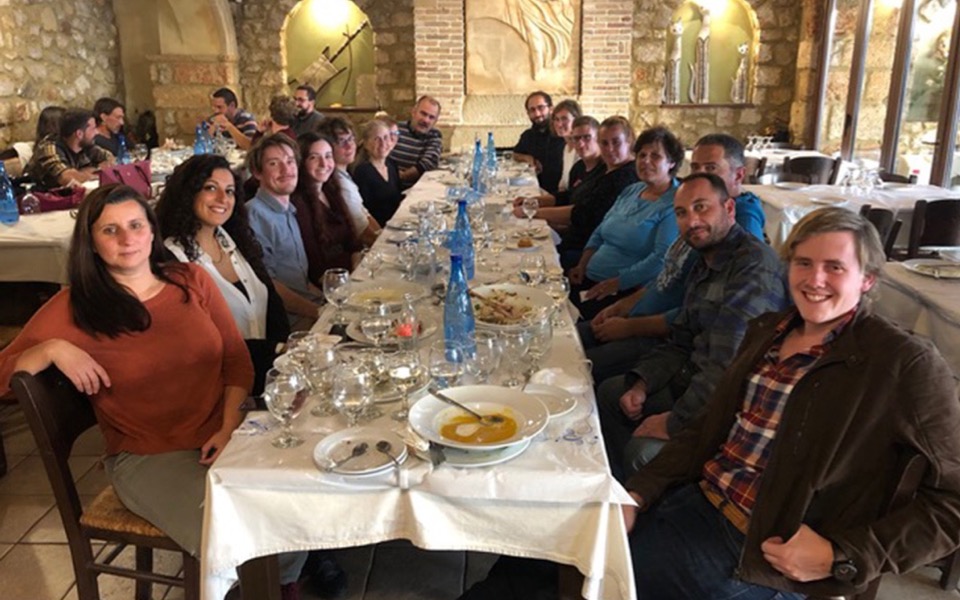 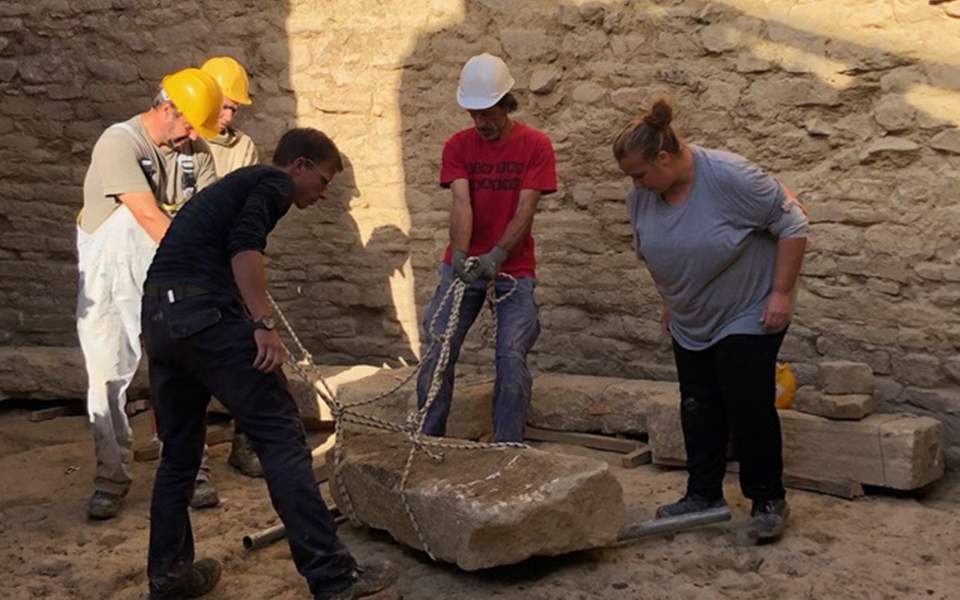 Maria Zacharopoulou spent hours as a young girl on her balcony watching American and Greek archaeologists hard at work in the building next to her family home in the village of Hora in Messinia, in the southwestern Peloponnese. She was awed and intrigued by the discoveries they were making in local archaeological digs and dreamed of one day becoming a part of their team.

“I grew up with the Palace of Nestor and the Hora Museum as part of my day-to-day existence,” she tells Kathimerini today. Such proximity to history led her to study archaeology and, several years later, to realize her childhood dream by joining the University of Cincinnati excavations in Messinia in May 2018. Archaeologists there recently uncovered two unpillaged 15th century BC beehive tombs and in 2015 had discovered one of the most important prehistoric burial monuments ever found on mainland Greece, the Griffin Warrior Tomb.

Behind these and other discoveries lie bonds of respect and friendship between the archaeologists and the local community that date back to after World War II, when Carl Blegen, the late American archaeologist and University of Cincinnati professor who dedicated a large part of his life to the excavations in Messinia, used to serve tea to locals in a former Red Cross building and regale the village children with Homer’s epics.

“Over the years, our bond with the locals has become even stronger. They are very proud of the work being done in the area and are very protective of us,” says American archaeologist Sharon Stocker, who now directs the excavations in the area along with her husband, University of Cincinnati professor Jack Davis.

The excavations are being carried out by the American School of Classical Studies at Athens under the supervision of the Messinian Ephorate of Antiquities.

“This job has made me a better person,” says Sia Giannakopoulou. Before becoming the site supervisor at the dig, she worked as a dentist’s assistant in the Messinian capital of Kalamata. “Dentists no longer wanted assistants once the crisis started and I was left without a job. That’s how this beautiful story began,” she says.

Her mother is a farmer who used to help the archaeologists every so often, washing pottery and shards found at the dig. Giannakopoulou started with similar work in 2011. Now, as forewoman, she is responsible for managing the staff.

The most recent project involved 23 laborers, the majority farmers from villages in the area including Pylos, Hora, Gargalianoi, Romanos and Koryfasio. During the olive harvest in October and November, Giannakopoulou had to organize their shifts with respect to their other professional obligations. The team included a sailor from Gialova, who is also its oldest member at age 62. During their breaks, he told them stories from his life at sea. Giannakopoulou says that the laborers regard the American archaeologists like “fellow villagers” and “hold them in great esteem.”

The American mission has made a point of reaching out to the local community. Back in the 1990s, Davis used to give lectures to unemployed people and several young men and women got work at the excavations. In 2011, Davis and the Hora Cultural Center paid tribute to 48 families that had members who had worked under Blegen. And just last November, the excavation crew held a Thanksgiving dinner for the American archaeologists and presented them with a cake decorated with a photograph of Kanella, a local stray dog that keeps them company on their digs, and the words “Happy Thanksgiving Team Karpouzi.” The team’s nickname was a reference to the thousands of “watermelon-sized” rocks that had to be shifted by the crew in order to uncover the beehive tombs.

Zacharopoulou first met Stocker in 2013, when she was assigned the project for replacing the roof over the Palace of Nestor site. “She was always there for whatever I needed, be it help or knowledge,” says the Greek archaeologist.

After the roof project was finished, she renewed her acquaintance with Stocker in 2018, when Zacharopoulou joined the American team. “I am working in the place where I was born and these people are like my own kin,” she says.

Addressing the challenges of the age-old craft of jewelry making