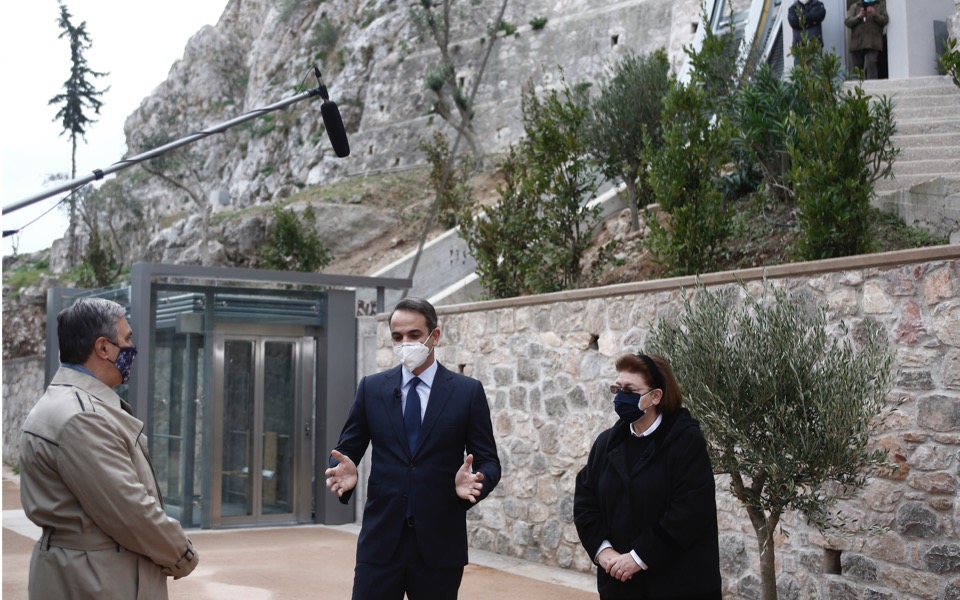 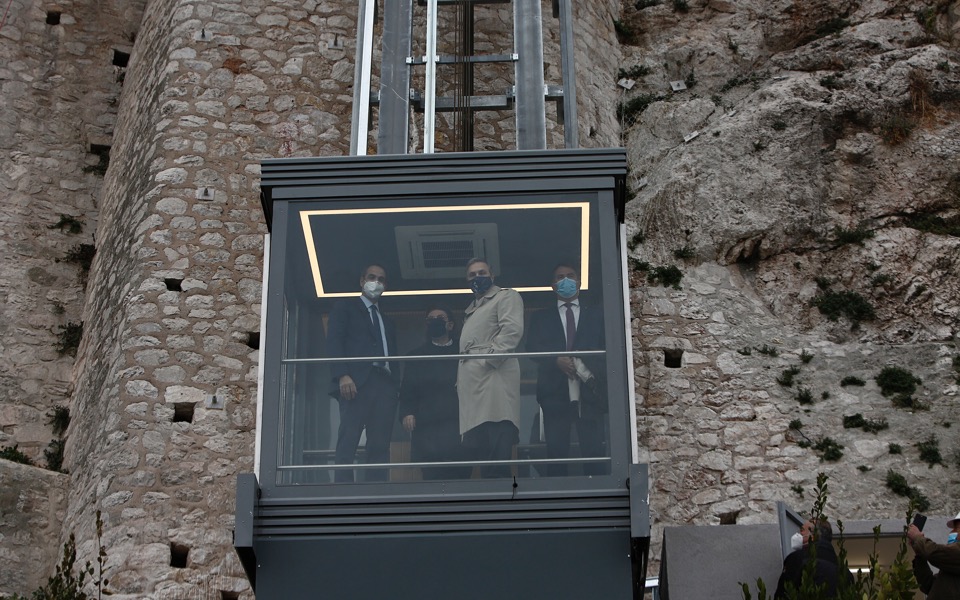 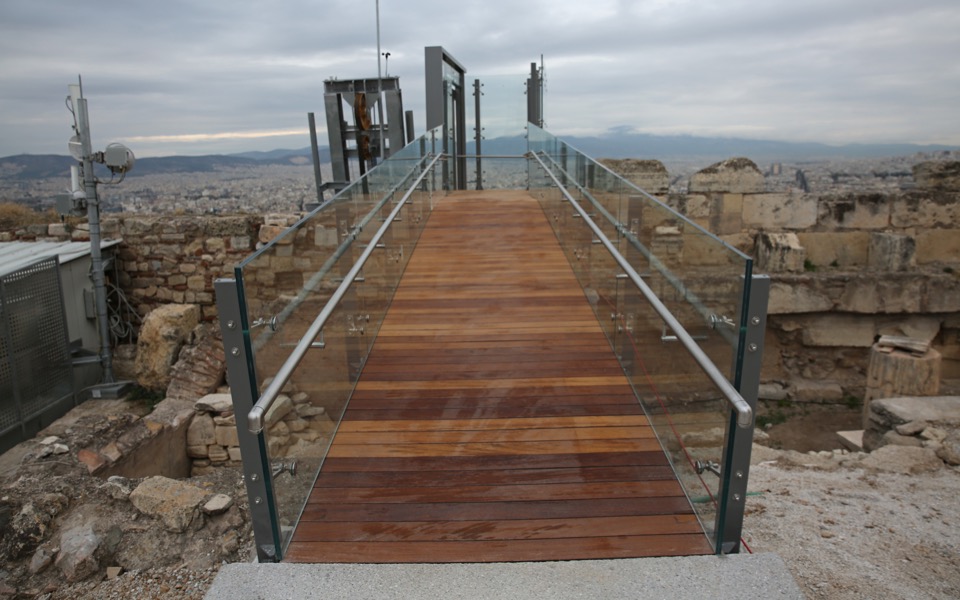 Prime Minister Kyriakos Mitsotakis inaugurated on Thursday a new lift for disabled persons at the Acropolis Hill, describing it as “an emblematic project.”

The lift will facilitate access to the monuments of the Acropolis in Athens for wheelchair users, elderly citizens and others with mobility problems. It will start at the level of the ancient promenade, on the north slope of the Acropolis, and will transport visitors directly to the top of the hill.

“Today, we inaugurate the new lift and also the designed routes in order to make the Acropolis Hill accessible to everyone,” Mitsotakis said on Thursday, which coincides with the International Day of Disabled Persons.

“We are very happy that today, we make this important, emblematic project available to the public which wouldn’t have been accomplished without the support of the Onassis Foundation,” he added, standing in front of the new lift.

He was joined by Culture Minister Lina Mendoni and Antonis Papadimitriou, president of the Onassis Foundation, which has bankrolled the project.

Mitsotakis said this project shows that the Greek state can cooperate with foundations that “share the same vision and philosophy” to “deliver to the world a very important project.”

Apart from the new lift, the government has already published for debate a national plan for the rights of people with disabilities. “At the heart of this plan is the idea of accessibility for everyone and everywhere,” he said.

“The national plan for the rights of people with disabilities is and remains a personal commitment…and I believe that today we are taking an important first step in making it happen.”

Mendoni said the project was completed very quickly due to "the excellent collaboration" between the external contractors of the Onassis Foundation and the culture ministry's agencies, adding that work was supervised by the Committee for the Conservation of the Acropolis Monuments and of Professor Manolis Korres.

On his part, Papadimitriou noted that the Acropolis Hill was a "monument of universal significance" for all people and "a bright beacon of optimism".

The new inclined elevator replaces a platform lift installed at the side of the hill in 2004, in time for the Olympics and Paralympics. In recent years, the previous cage-like elevator had become increasingly prone to mechanical failures and had been mostly out of service.

The Onassis Foundation has also paid for the acquisition of two electric cars that will be available for people with disabilities and the new lighting system for the archaeological site, which was unveiled on September 30.

The 2,500-year-old Parthenon atop the Acropolis hill, is one of the world's most visited sites.