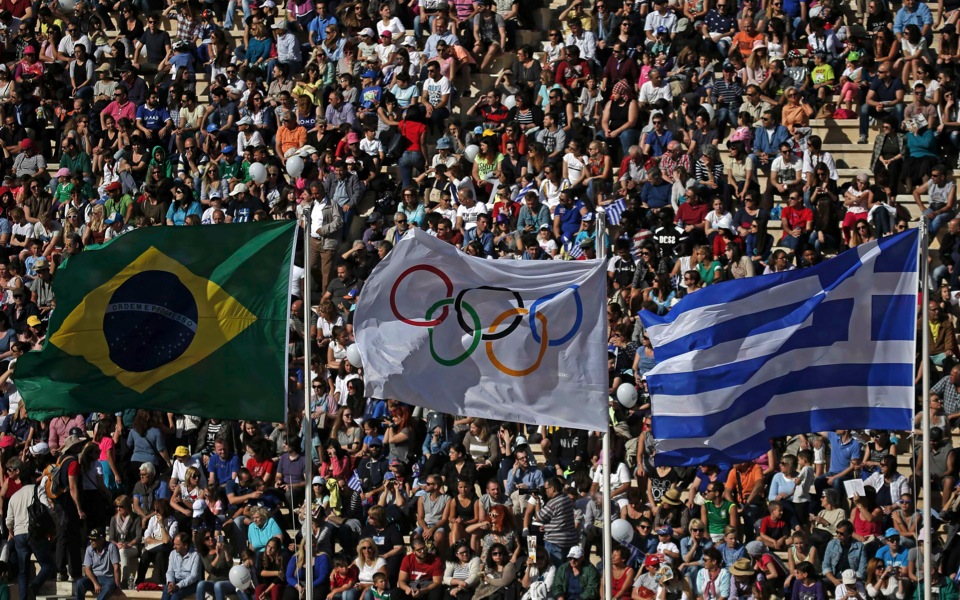 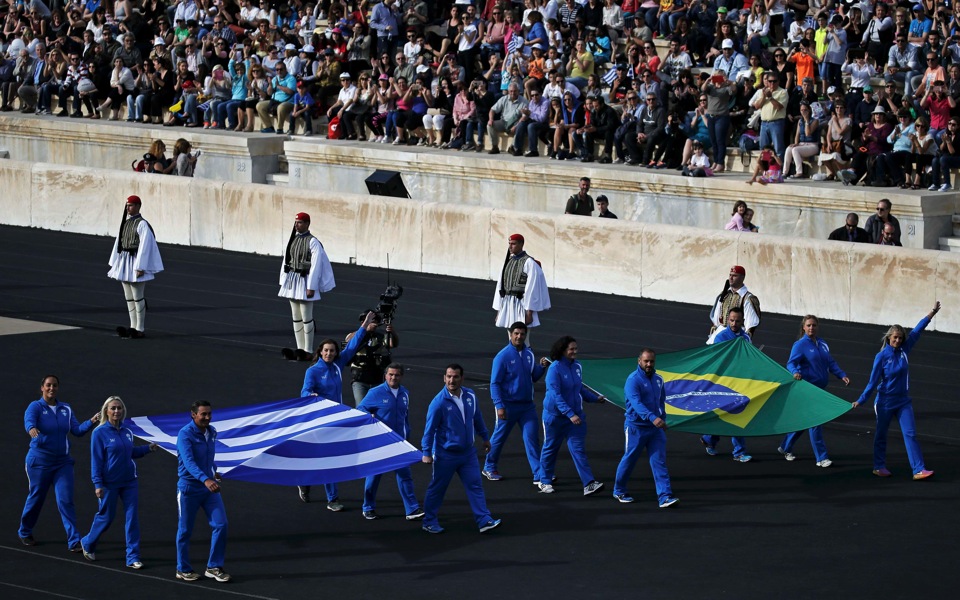 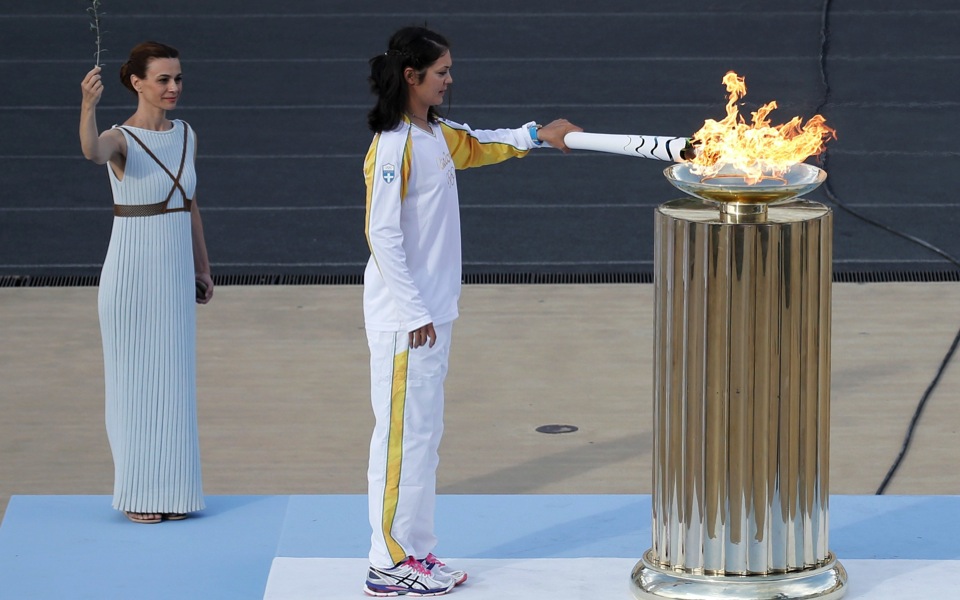 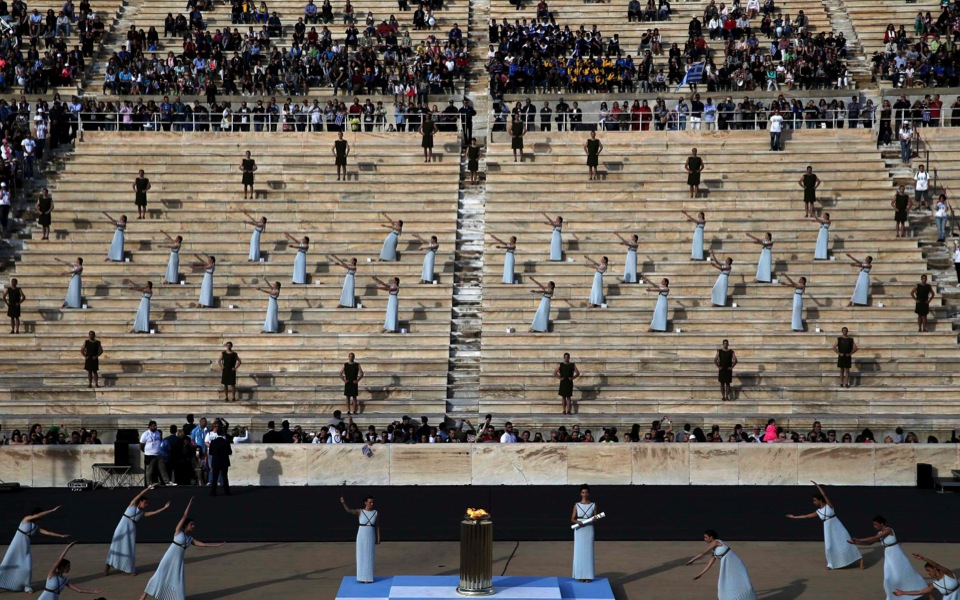 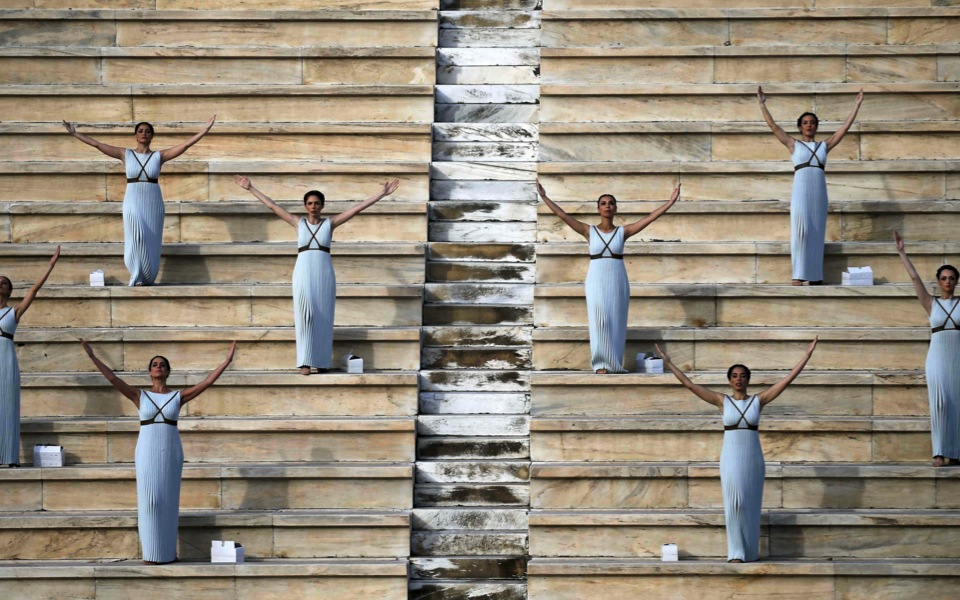 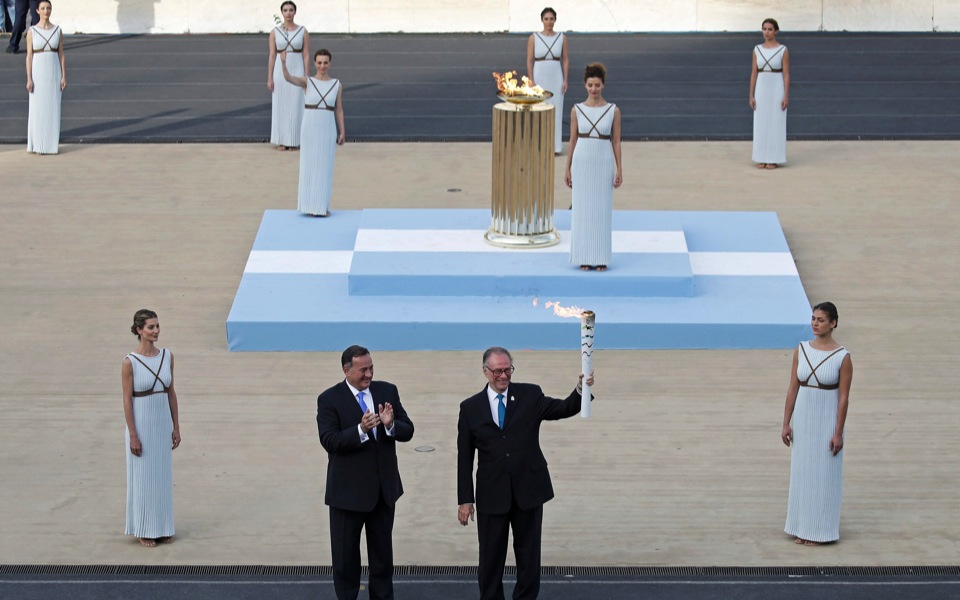 Highlights from the handover ceremony of the Olympic Flame to the delegation of the 2016 Rio Games, at the Panathenaic Stadium in Athens, on Wednesday. Thousands of Greeks and tourists turned up for the event, which closes with a concert by local pop icon Sakis Rouvas and the historic stadium being lit up in the colors of the Brazilian flag. [Alkis Konstantinidis/Reuters]