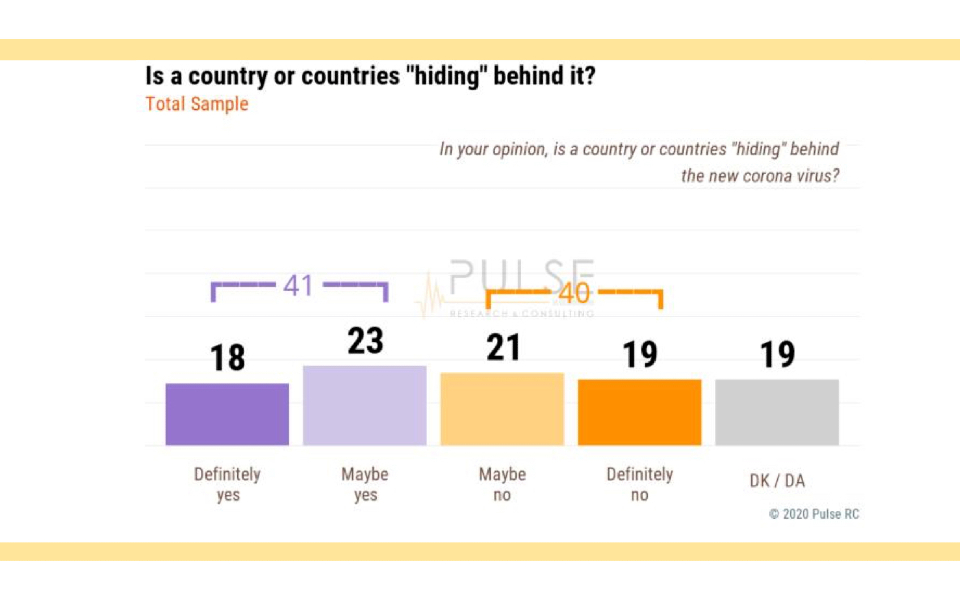 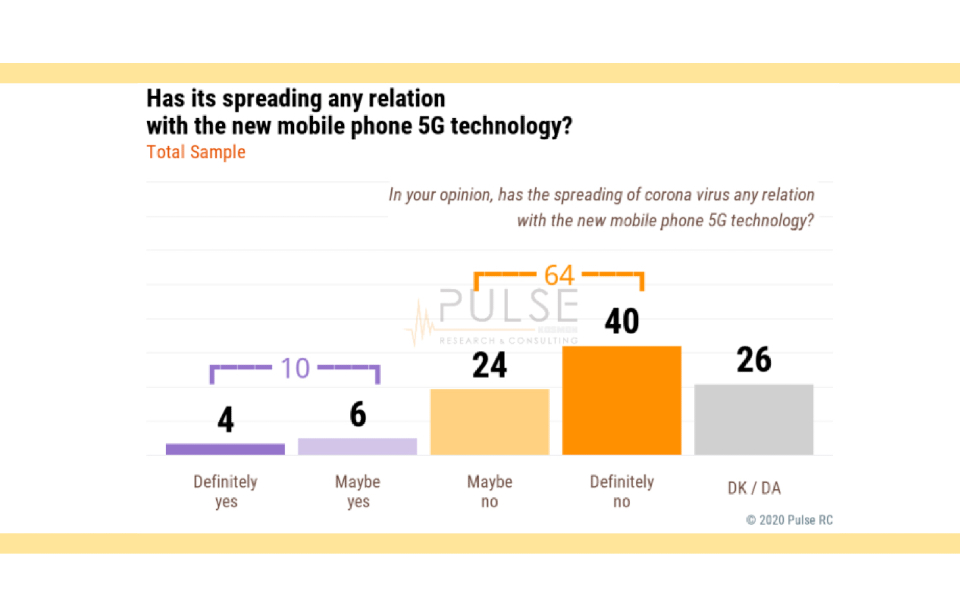 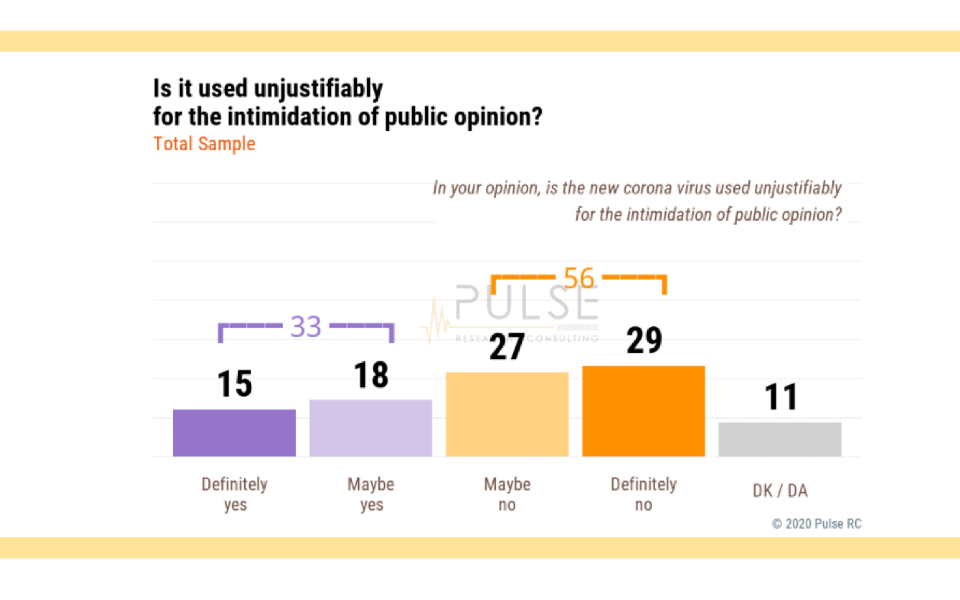 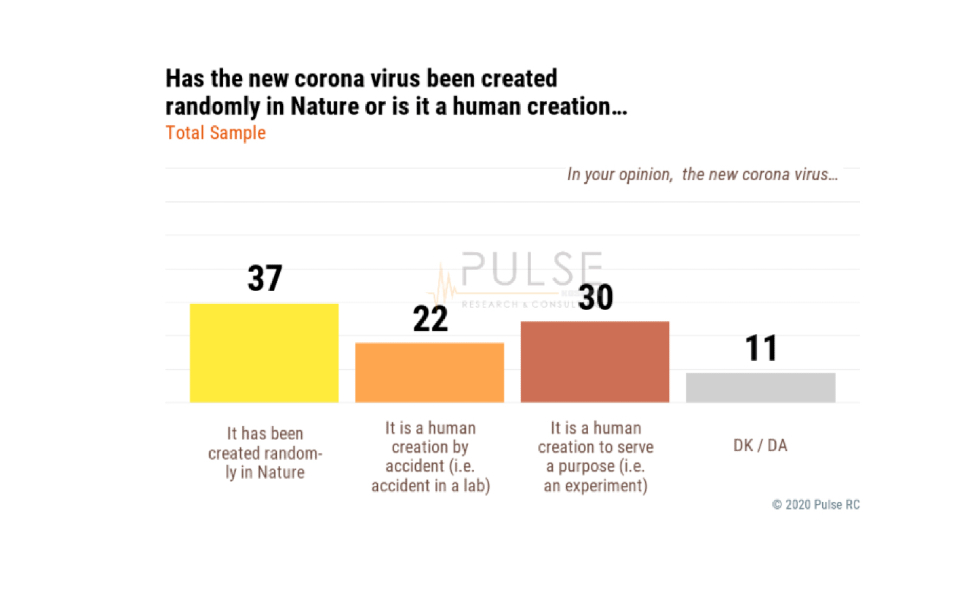 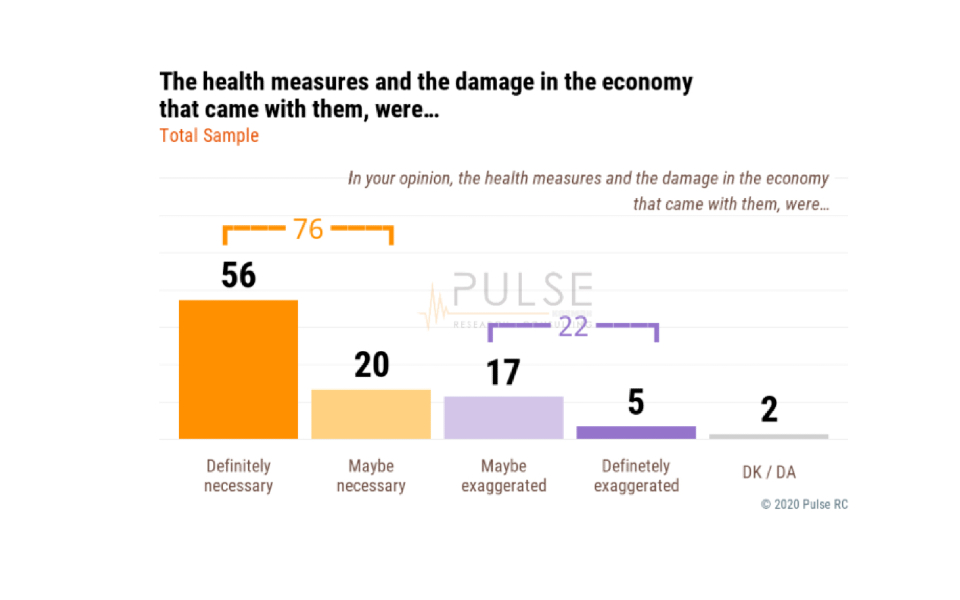 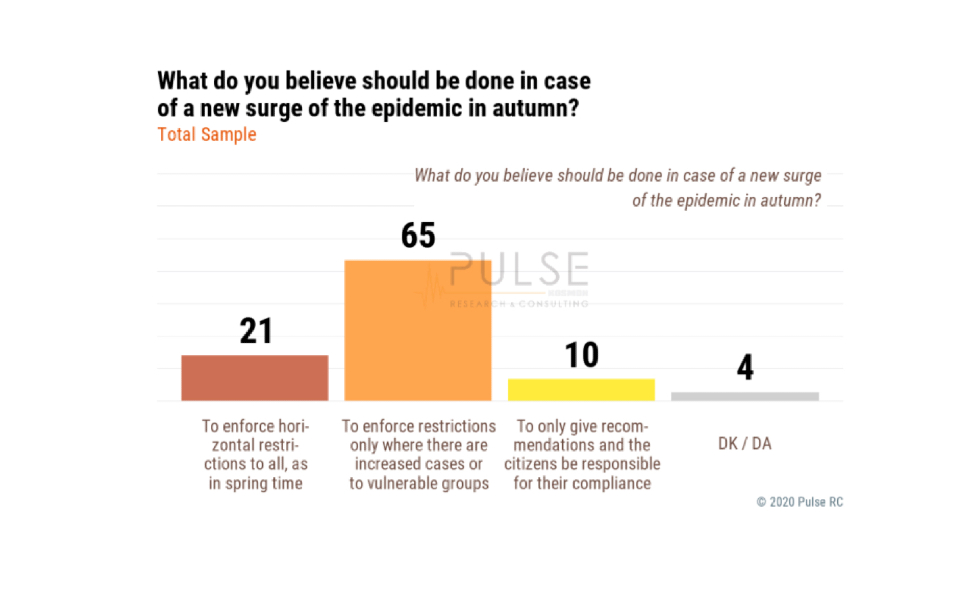 Greeks are concerned about the impact of the coronavirus on public health and the economy, while also skeptical about the causes and repercussions of the pandemic, according to a survey conducted by Pulse for Kathimerini.

Eighty-four percent say that Covid-19 is “definitely” or “perhaps” a serious risk to public health. The risk appears greater among older age groups and educated individuals. Meanwhile, 76 percent say that the health measures, which damaged the economy, were “definitely” or “maybe” necessary. More specifically, the measures were deemed as necessary by 90 percent of New Democracy voters and 62 percent of SYRIZA voters.

Concern is widespread. Thirty-two percent are more worried about their financial situation and 23 percent about their health, while 42 percent said that both issues have them “equally concerned.”

Most people say they are against a fresh lockdown in the case of a second wave in the autumn. The restrictions on public movement appear to have taken an economic and psychological toll. As a result, only 21 percent favor a repeat of the “horizontal restrictions.” Meanwhile, 65 percent favor restrictions only in places where a spike in cases is recorded while 10 percent say that the state “must only give recommendations” to citizens.

The survey shows that people with lower education and income levels are more likely to question official theories about the origin of the virus. It appears that lower income individuals (usually people with limited educational opportunities) tend to associate Covid-19 with formal structures which they hold responsible for their condition. More specifically, 33 percent believe that the virus is being used to “intimidate” the public, an equal share say it is being used to enforce compulsory vaccination, while 35 percent say that the virus is used as an excuse to compromise citizens’ personal data.

However, Greeks appear relatively immune to the 5G coronavirus conspiracy, as only 10 percent believe there is any connection between the spread of Covid-19 and mobile phone technology. A key reason perhaps is that 5G technology is still not available in Greece.

Where did Covid-19 come from?

The Pulse survey exposes high levels of skepticism regarding the origin of the novel coronavirus.

Only 37 percent appear to believe the explanation adopted by most scientists and the World Health Organization (WHO) that the virus was a random natural phenomenon.

Eleven percent said they did not know where the virus might have come from.

One in two Greeks expects to be infected with the coronavirus