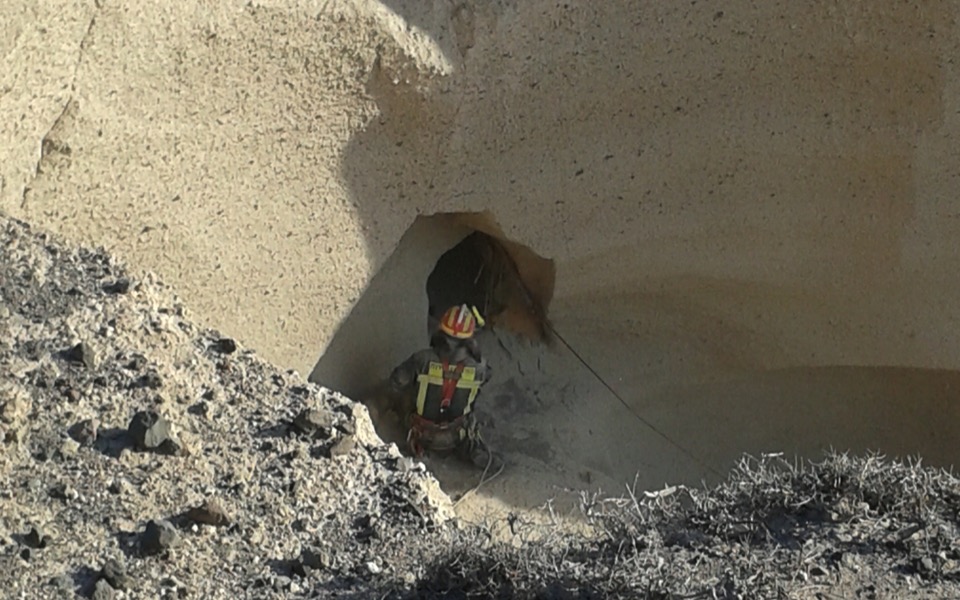 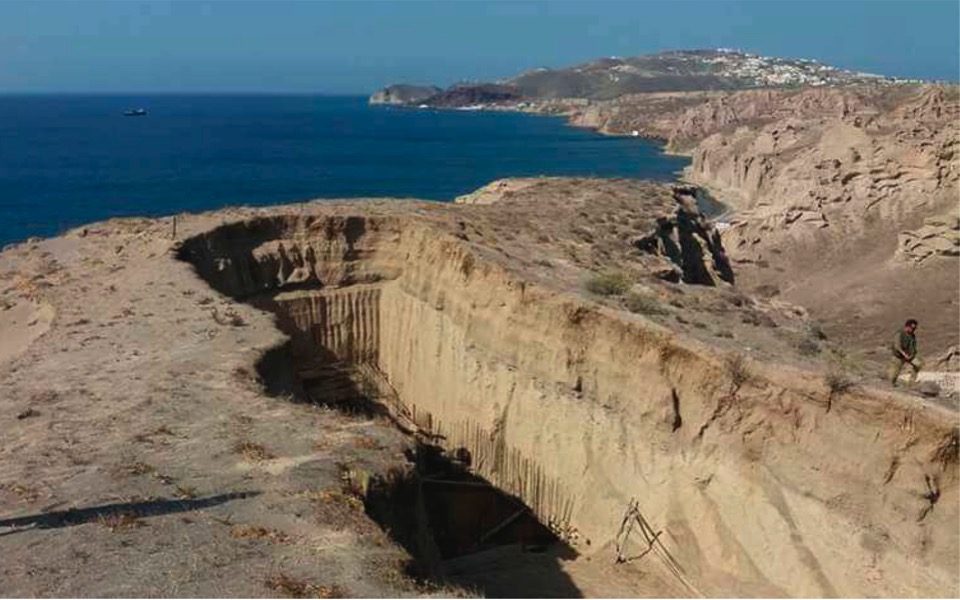 “What’s happening in Vlychada is a crime. Geological formations that are thousands of years old are being destroyed and not just by illegal but also legal construction,” warns Santorini Mayor Nikos Zorzos. “If we want to salvage something of Santorini, we need to stop building on it.”

The anger expressed by the mayor of one of Greece’s most famous holiday islands is perfectly justified. Just a short distance from the archaeological site of the Bronze Age settlement of Akrotiri, Vlychada is one of the island’s most popular beaches thanks to its striking volcanic rock formations.

For decades, Vlychada was spared the building frenzy that gripped so many other parts of the island and had managed to retain its unique charm, until a few years ago when four hotels started building in the area. Not long after they went up, the hotels started bending construction laws and it was not long before the situation spiraled out of control.

According to formal accusations made by associations and authorities on the islands, one company has been excavating on the edge of the cliff in order to build a hotel emulating the traditional architectural style of yposkafo, or cave houses. Everything about the project that started in August is illegal. A team of inspectors from the Social Security Foundation (IKA) and the tax service who visited the building site to record any infringements saw that a structure of 250 square meters had been built into the rock, with large openings being made at the front in order to provide a view of the beach.

“It goes without saying that no geological survey was conducted for this particular structure, so we cannot know what it will mean if a part of the volcanic formation collapses,” eight tourism and cultural associations on the islands have said in an open letter.

The structure is, of course, illegal, but this is not the only problem.

“It is evident that it is less than 150 meters from the shoreline, the zone where construction is prohibited,” says Zorzos. “But the issue does not end there. The company also has a license to build another 400 square meters right on the legal edge of the zone. I am very worried because that means zoning authorities are issuing building licenses for Vlychada, and that means the natural landscape is at risk.”

That particular example points to problems with the legislation. In 2012, then environment minister Nikos Sifounakis said he would be amending a presidential decree outlining measures to protect the island, making it stricter. In its initial form, the decree recommended a 500-meter no-build zone along the Vlychada coastline. Under pressure from citizens, the Municipal Council of Santorini proposed that the zone be restricted to 200 meters and, eventually, the Environment Ministry went back on its word and settled for a protected zone of just 150 meters.

“This needs to be amended again, and immediately, so that all of Vlychada is protected and listed as a national park,” says Zorzos. “Today, 11 percent of Santorini has been built, something that only compares with Attica. It has to stop at some point. The state has a responsibility to protect Santorini before it is completely destroyed by tourism.”

The open letter by the eight associations is in agreement: “The fact that ruthless businessmen have turned their interest to parts of the island that were undeveloped until now is one more example that Santorini has reached the point of developing further only by sacrificing the last remaining parts of its protected land. We need to make decisions and take action that will protect the natural beauty of this island; after all, it is this natural beauty that puts it at the top of the world tourism destination rankings and gives jobs to businesses and families.”

The last vestiges of an old maritime tradition