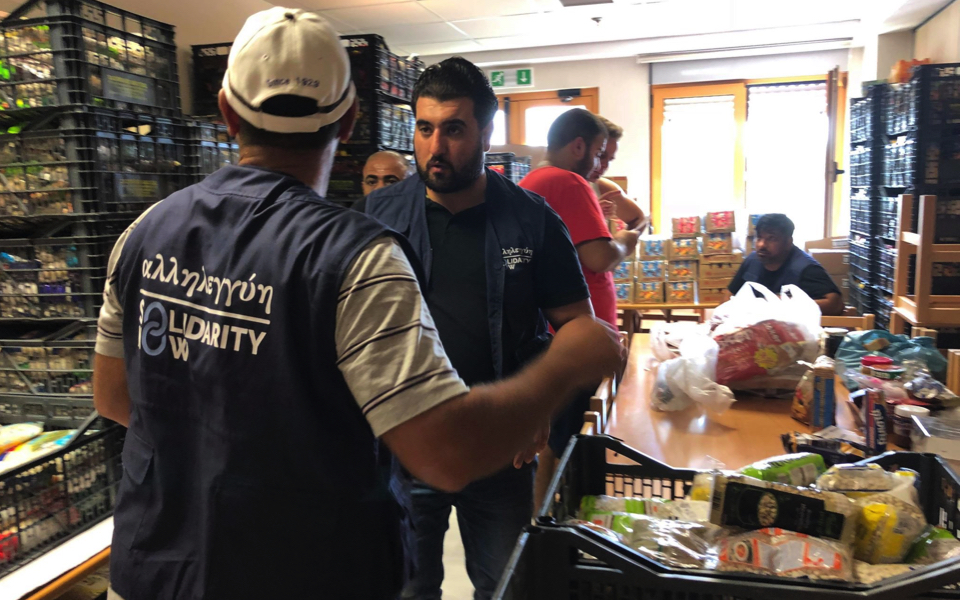 SolidarityNow volunteers sort through supplies at an aid distribution point in Kineta, west of Athens. 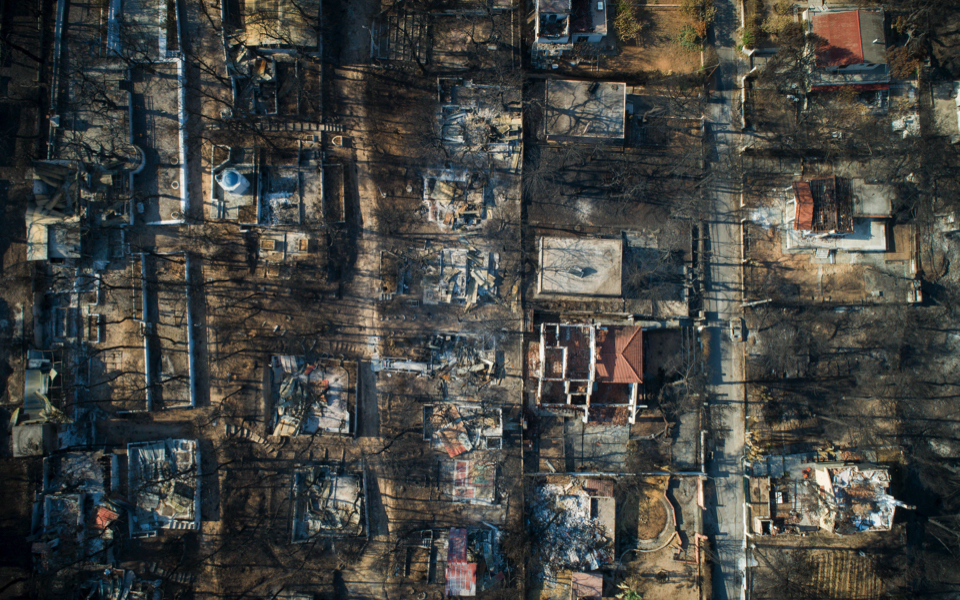 A year after they were rescued by aid workers off Greece’s Aegean islands as they fled war in Syria, Saddam, Yusef, Osama and Idris found themselves in a reverse situation: Helping Greeks who suffered losses in last month’s deadly wildfires in Attica’s Mati and Kineta get back on their feet.

“It’s extremely hard for human beings to normalize such images and procedures. We have learned this the hard way unfortunately,” said Saddam, recalling the “sickening” events that led to the death of nearly 100 people and the destruction of hundreds of homes and businesses.

On July 23, two major wildfires broke out in Attica; the first in Kineta in the west, soon followed by another east of Mount Pendeli, which swept down to Mati, the seaside resort that suffered the greatest devastation.

Just over a month later, the fallout of the disaster is still painfully evident. In Kineta, there were no fatalities but the once-bustling beach town will not be attracting Athens’s weekend crowd for some time to come. Mati is just scary; a ghost town inhabited by survivors.

Saddam, Yusef, Osama and Idris are among several refugees who contributed to the relief effort that got under way before the fires were even brought properly under control. They offered their time and efforts to SolidarityNow, an Athens-based nonprofit organization established in 2013 whose main area of activity is helping host hundreds of refugee families, while also assisting thousands of asylum seekers with legal support and multiple accommodation programs.

When he arrived in Mati, what Saddam saw was “painful scenes, a war-like environment, with destroyed streets and firemen rushing about.”

“Syrians feel that they need to help in such situations. Greek people have helped us a lot and we need to help in return whenever we can,” Idris told Kathimerini English Edition at the Kineta mission as he arranged a collection of dry food into piles earlier this month.

SolidarityNow responded to the twin disaster by putting together small teams of volunteers to collect and distribute emergency supplies to survivors, rallying the help of the refugees under its protection.

“It was a spontaneous act of reciprocity,” explained Sophia Ioannou, the organization’s head of communications, going on to describe how the refugees were able to use their own experience of loss and disaster to support the wildfire victims.

At SolidarityNow’s mission in the Citizens’ Service Center (KEP) in the neighboring town of Marathon, project coordinator Danae Kapralou, who also led a team of refugee volunteers in the first week of the disaster, was there to help fire survivors with legal and financial paperwork, submitting their applications for relief grants. The center was busy, loud and charged with frustration.

“This initiative was a positive light in this endless darkness. Seeing that everyone was willing to help has sparked hope and kept those areas alive. All the volunteers wanted to help as much as they could, doing anything they could,” she said.

Working with Saddam, Yusef, Osama and Idris was “blissful,” Kapralou said, adding that if it wasn’t for the language barrier they would have been involved in more projects.

For Yusef, helping out was a cultural imperative.

“We have received a lot of assistance from Greek hospitals and as our culture also dictates, we need to reciprocate kindness and humanity. We have lived through similar disasters, and we have felt them to our core. We’ve faced such terrible scenes many times before,” he said.

In both Kineta and Mati, SolidarityNow and the volunteer teams helped set up food banks, organize the products and put together food baskets. They also distributed medical supplies and first-aid kits. It was a full-time effort that lasted two weeks.

At SolidarityNow’s shelter in Paiania, east Attica, more than 20 refugees donated blood at hospitals all over the city.

“We want to help as much as we can so we can be useful to Greece. We want the Greek people to know that we are here for them and we appreciate all that they have done for our community,” said Idris.

Paiania project coordinator and shelter manager Yiannis Kontogiannakis was more than satisfied with the results of SolidarityNow’s wildfire mission. Ioannou echoed the sentiment.

“These are the stories that help people come closer. Disaster has no passport and solidarity has no borders,” she said.