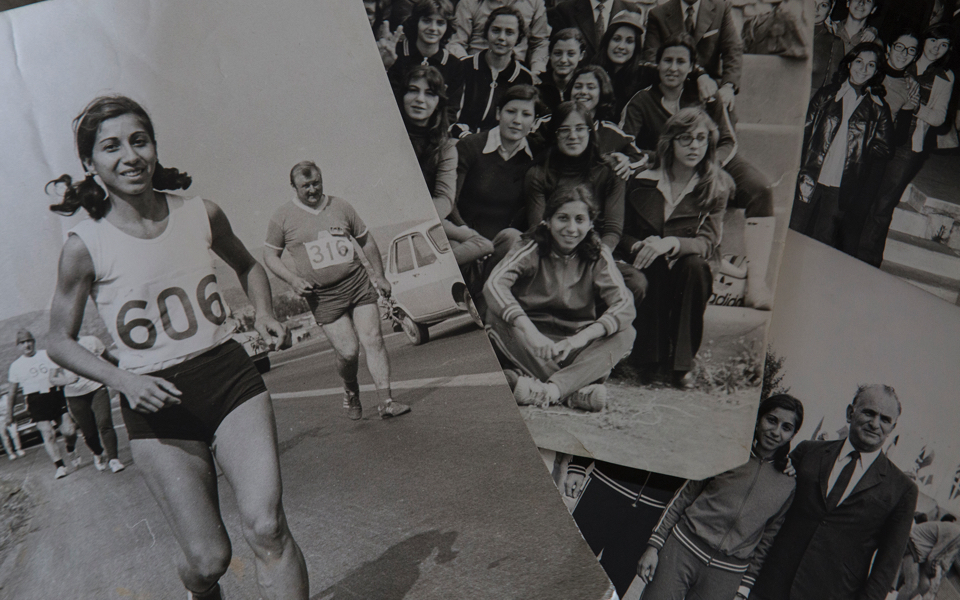 In 1974, 23-year-old Zozo Christodoulou became the first Greek woman to run the distance – 42,195 meters – from Marathon to the Panathenaic Stadium. 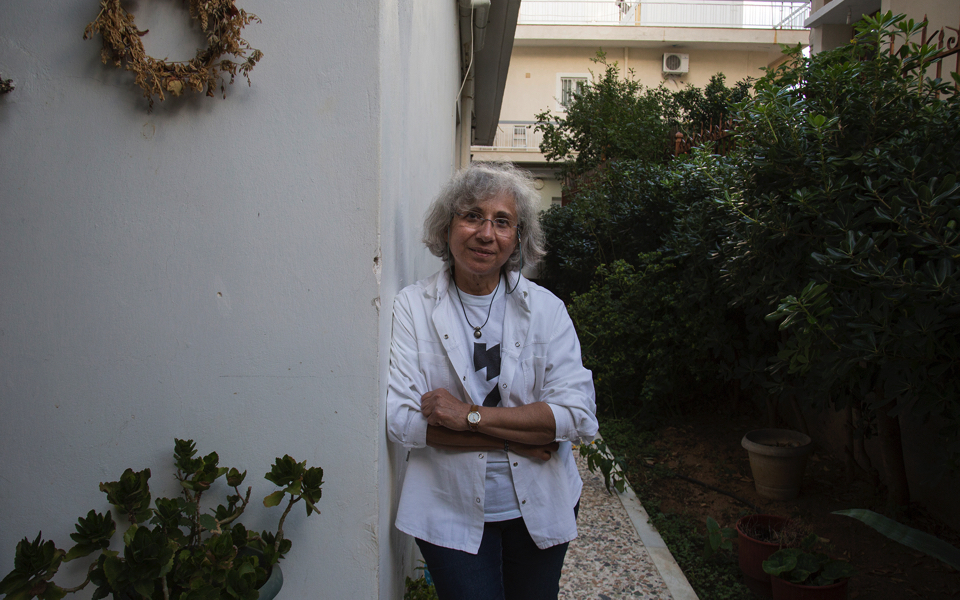 When Zozo Christodoulou arrived at the Panathenaic Stadium one morning in 1974, the symbolic weight of what she was about to do had not yet dawned on her. “I didn’t want to prove anything. I just wanted to run,” she says. But she had already accomplished one first that day by being a Greek woman at the starting line of the Athens Marathon.

Today, her story seems so foreign and distant, like the yellow newspaper pages and black and white photographs she keeps in her album. Last year 2,518 women finished the Athens Marathon, while in 2005 just 357 had participated. This Sunday, November 12, thousands more will run the same course. Four decades ago, Christodoulou faced numerous restrictions.

Born in Cairo, Egypt, in 1951, Christodoulou moved to Athens with her family when she was 16. She began running track at the Filothei Athletic Club, and for a long time was the only woman on the team. Back then, she was only allowed to compete in the 1,500 meters. “They made fun of women jogging in the street. They said it wasn’t a sport for them, that the body changes and becomes manly,” she told us when we met her at home in Holargos, northern Athens.

These misconceptions were carried over from previous decades, but still deeply ingrained in society in the 70s. Many believed that intense exercise would cause complications in childbirth or that the female body couldn’t handle the fatigue of running long distances. In 1927, the Drandakis encyclopedia claimed that “women are made differently from men, their capabilities are similar to those of children or teenagers. Exercise is recommended, because through that the woman can achieve good health and a strong bond with her husband, ensuring a quiet and enjoyable marriage.”

As a coach for the female track and field team, Ilias Antzoulatos was trying to change that mentality. It was no mean feat. The club he worked for, while having a 40-strong women’s running team, refused to adapt. In the beginning, women were only allowed to use the facilities in the mornings and were strictly limited to just two training sessions a week. Later on the days doubled, but the separate timetable remained in place for many years. “They didn’t want to upset the men exercising in the afternoons and change the status quo,” the 70-year old coach says today.

It took many years for women to be given their own changing rooms (in some cases they were forced to change in storage spaces) and for the sports federation to cover travel and meal costs, like it did for the men’s teams. However, long-distance events remained out of bounds for women in Greece.

That is until October 1974, a few days before the Athens Marathon, when Christodoulou read in the newspaper that 44 German women would be participating in the race. This was her chance. Despite not having had the proper training to compete, she asked permission from the track and field federation, consulted the family doctor, and found herself at the starting line.

Her trainer at the time, Antzoulatos was adamant about her participation. “I was looking ahead,” he told Kathimerini. “At the time it seemed insignificant, but I could see it was a historic moment for Greece and for women’s sports. It was a step in the right direction.” During the race, rumors circulated that the runner with the number 606 had dropped out. Some even claimed that, because Christodoulou lived in Neo Psychico at the time, she had taken a turn at some point along the course and gone home. Her relatives and trainer, who were waiting at the finish line, were confident: They knew the 23-year-old athlete could do it.

It took five hours, one minute, and 20 seconds for the first Greek woman to complete the marathon. “It was like a dream, you don’t forget that moment,” Christodoulou said. “In all things someone has to be first. It happened to be me. For me it was just important that I finished and experienced the joy of the running the distance.”

It took another eight years for the first Panhellenic Women’s marathon to be organized in 1982, with just seven participants. Since then a lot has changed. An increasing number of women are picking up running as an amateur sport, sportswear companies are vying for dominance in this section of the market, and since 2012 women have been able to participate in the Ladies Run, a race limited to women. The response has been positive, for both the 5- and 10-kilometer events, as the race has gone from 250 participants in the first year to 1,200 last year. “More women have begun competing and become competitive. They have made running a part of their lives,” said Magda Gouma, a member of the team that organizes the Ladies Run.

The book “Classic Women’s Sports,” written and published by Antzoulatos in 1975 (and inspired by Christodoulou), predicted this development. “I am delighted to see so many women running, trying and competing on par with men,” he told Kathimerini. “And I am even more delighted I was able to do my part in breaking the taboo.”

After Manolas ban, Skibbe sweats over Sokratis ahead of Zagreb