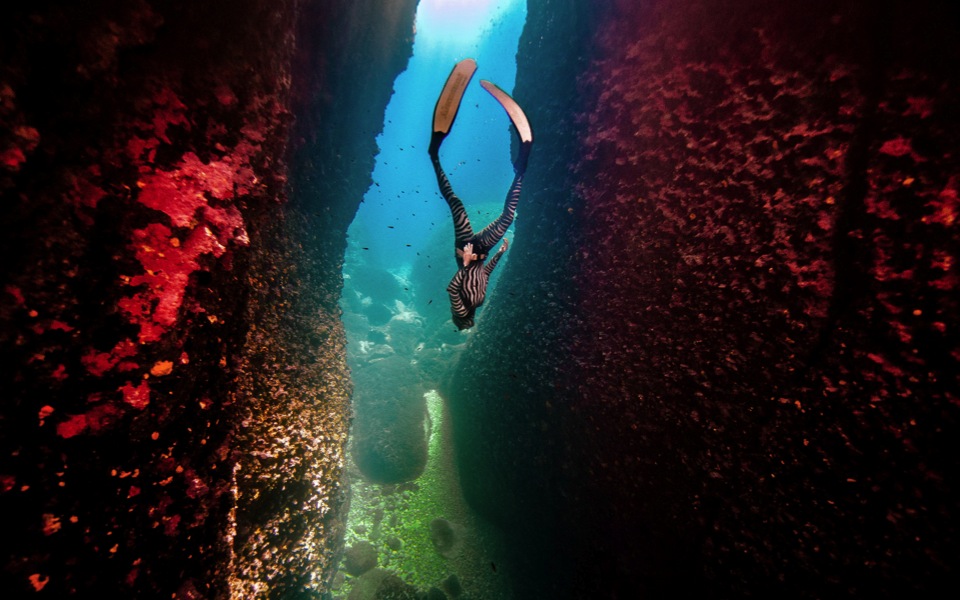 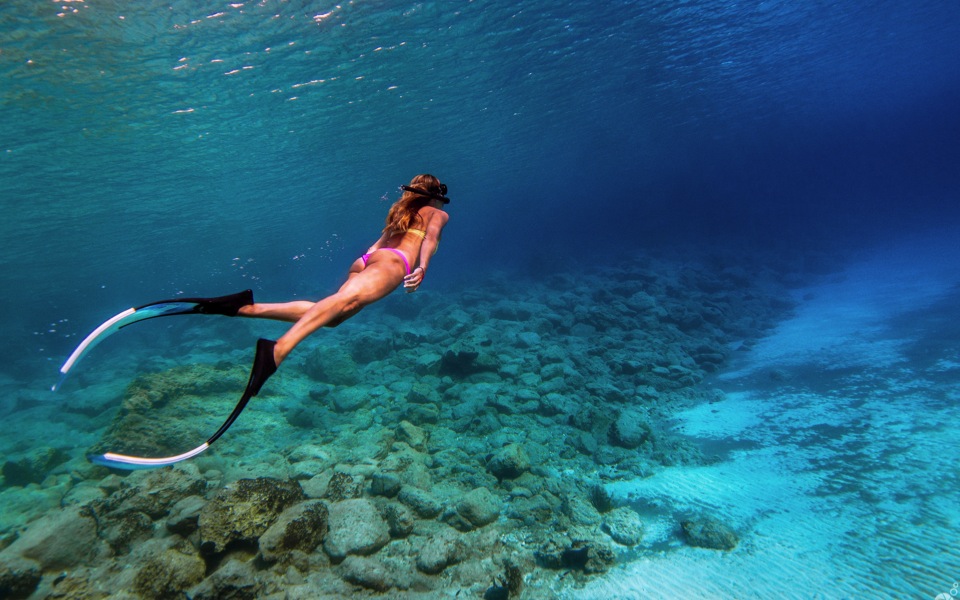 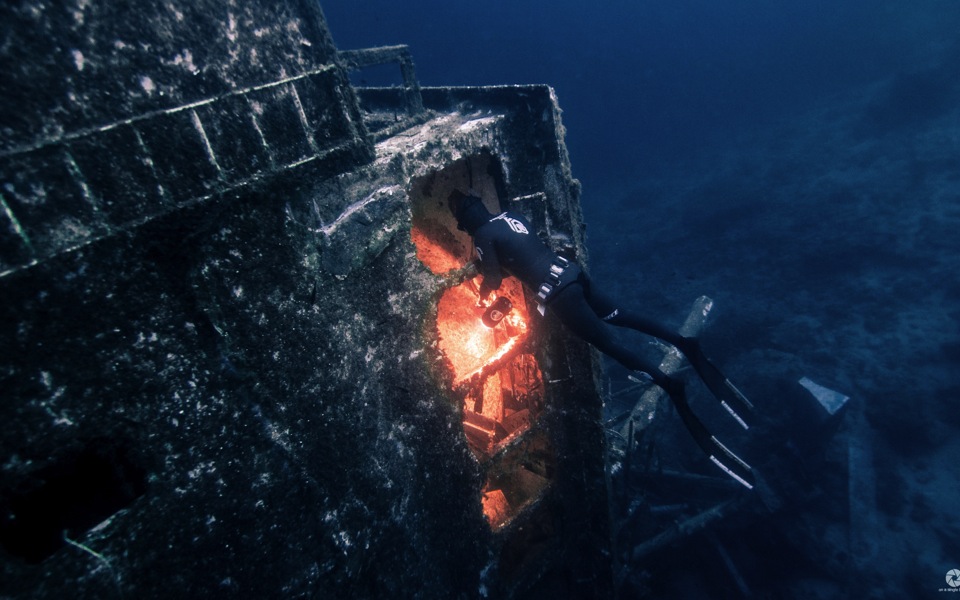 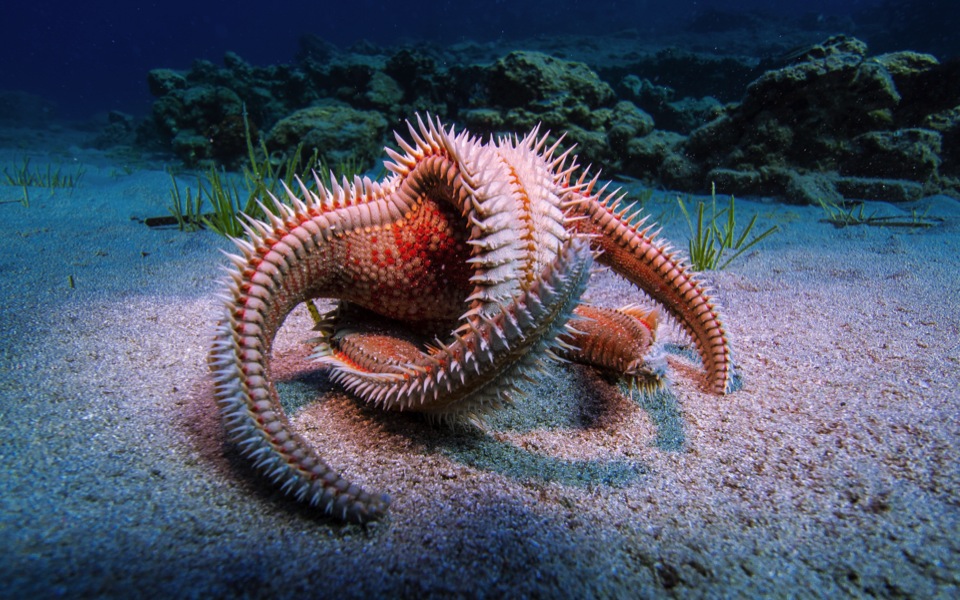 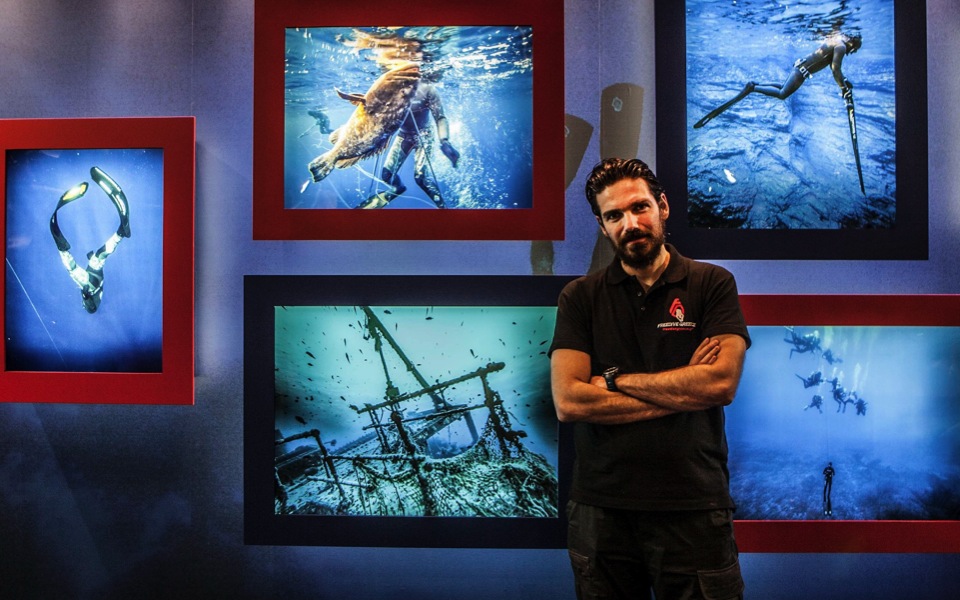 Most locals associate the Eugenides Foundation in Athens with outer space thanks to some of the films screened at its planetarium. Now, however, we are invited on a journey down into the magical world beneath the waves, revealed through a series of stunning images by underwater photographer and diving instructor Stefanos Kontos.

The aim of the lensman and co-founder of the Freedive Greece school is not technical excellence but a depiction of the emotions he experiences during his underwater adventures. After all, it was this need to share the wonderful scenes he encounters on the seabed, from outlandish landscapes to shipwrecks and the acrobatics of starfish, that first prompted him to get into underwater photography at the age of 12, using his father’s Nikonos.

“Free diving allows for contact with the environment that cannot be achieved any other way,” says Kontos. “Basically you become one with the underwater environment, like a marine mammal.”

Kontos insists that scuba gear restricts movement, also making divers clumsier and noisier, as well as giving the sense of being a mere observer, a “foreign body” in an unfamiliar world.

The exhibition at the Eugenides Foundation, “In One Breath: Greece Under the Sea,” consists of around 30 photographs.

There was nothing easy about the endeavor, as it often took the photographer dozens of dives to achieve the perfect shot, in some cases at depths of 20 and even 30 meters. He was accompanied by a sizable crew for safety reasons.

“I haven’t seen anything like this at this level of professionalism. There is a lot of underwater photography but it’s normally from shallower depths or executed with the use of scuba gear,” says Kontos, adding that there are many dangers involved in free diving to great depths.

“When you’re in the water you need to be aware of how small and insignificant you are,” says Kontos. “Every dive is executed in a state of absolute control and self-awareness because there’s no room for error.”

Printed on metal to create a 3D sensation, the photographs on display around the hall of the old planetarium, which has been transformed to recreate the sense of being underwater. In the center of the hall there is an aquarium, while the music contributes to the overall experiential experience.

The exhibition is complemented by an educational section, the organization of which was supervised by free-diving champion Manolis Giankos, another of Freedive Greece’s co-founders, aimed at initiating young and old alike into the secrets of free diving while also propounding the beauties of the Greek seas and their need for protection.

‘Faces’: The enduring power of the portrait