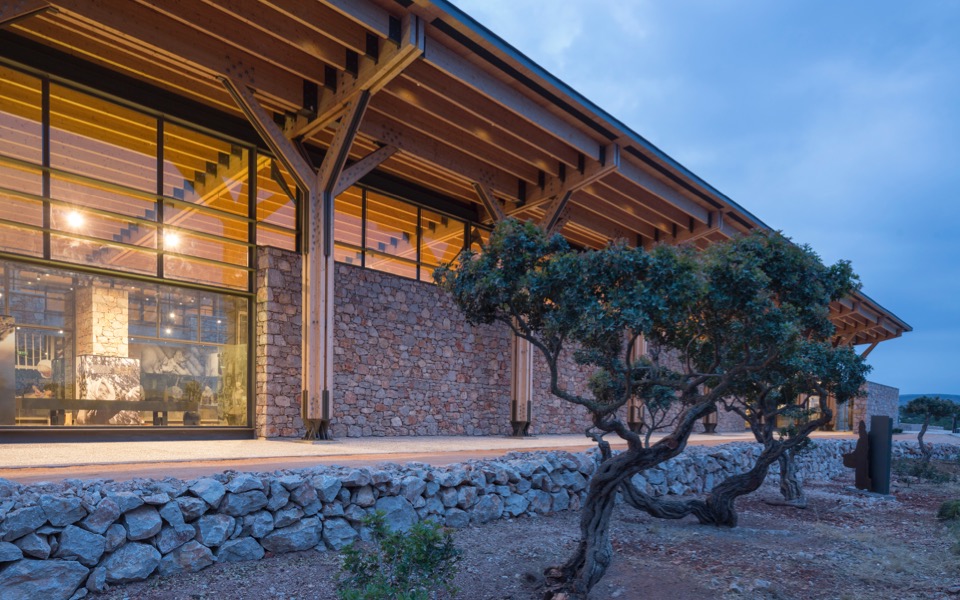 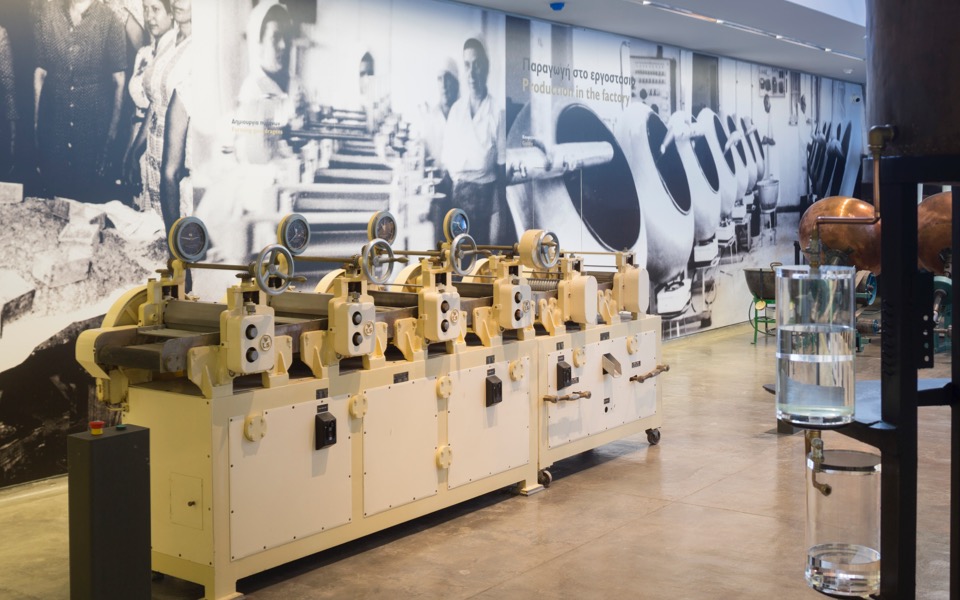 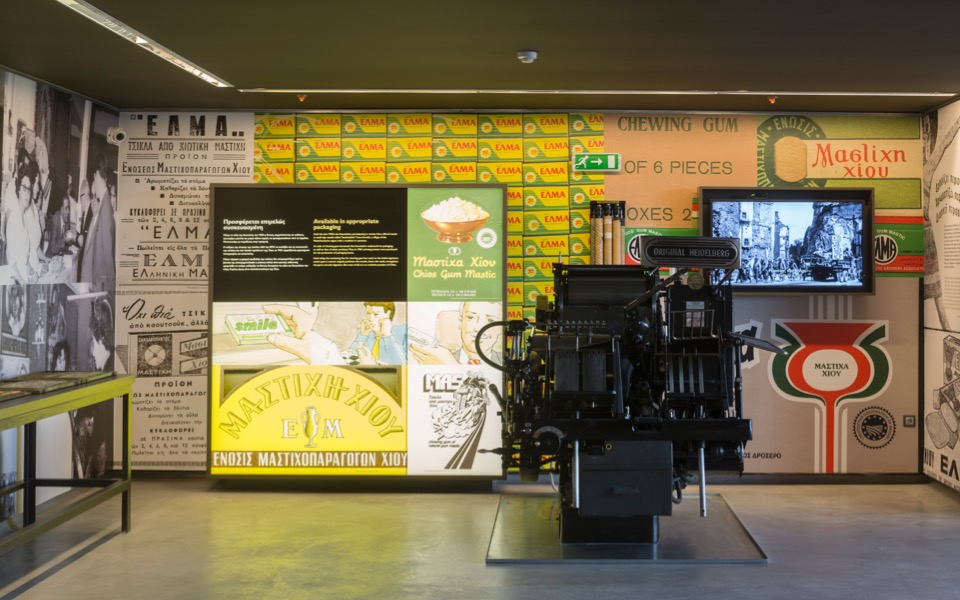 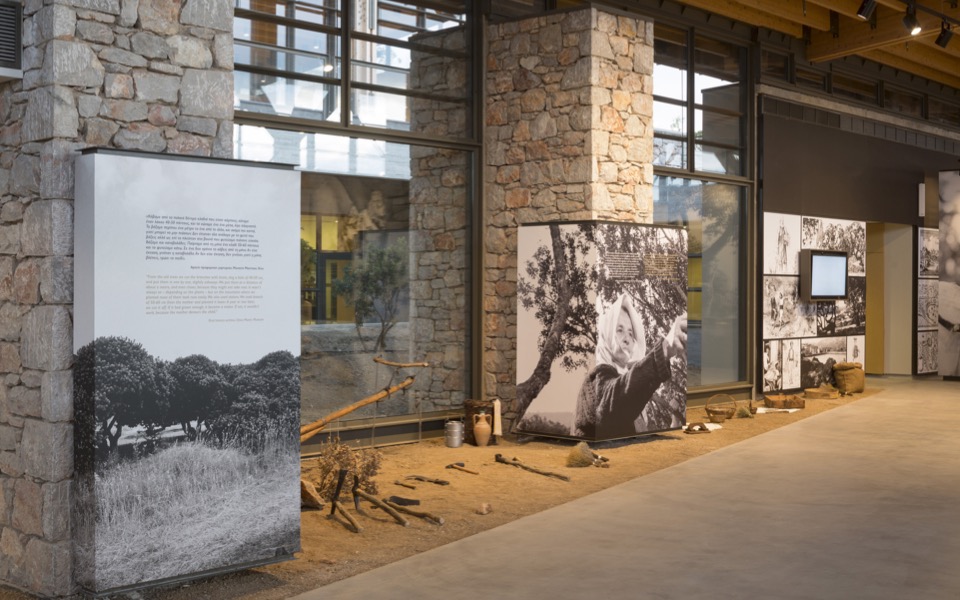 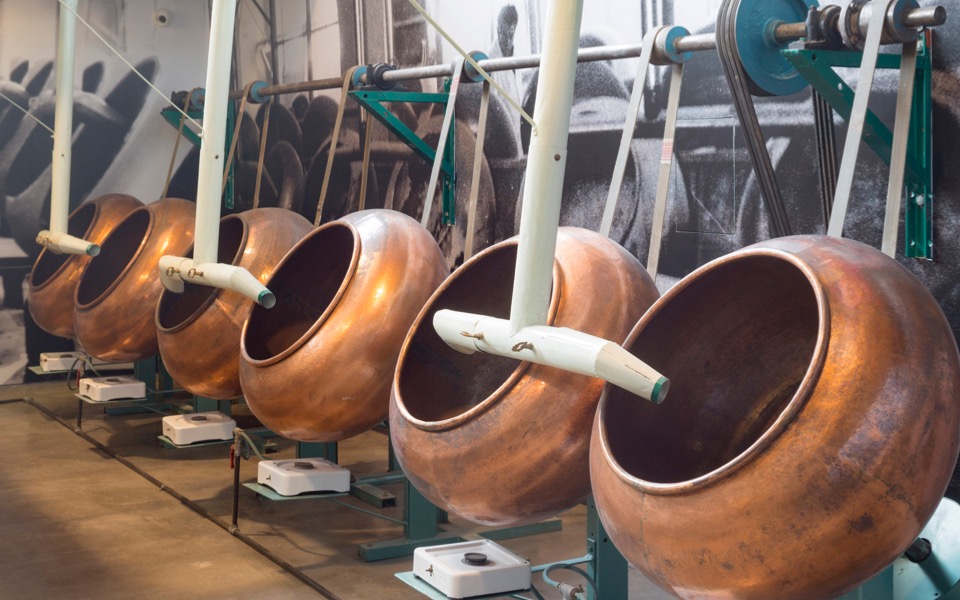 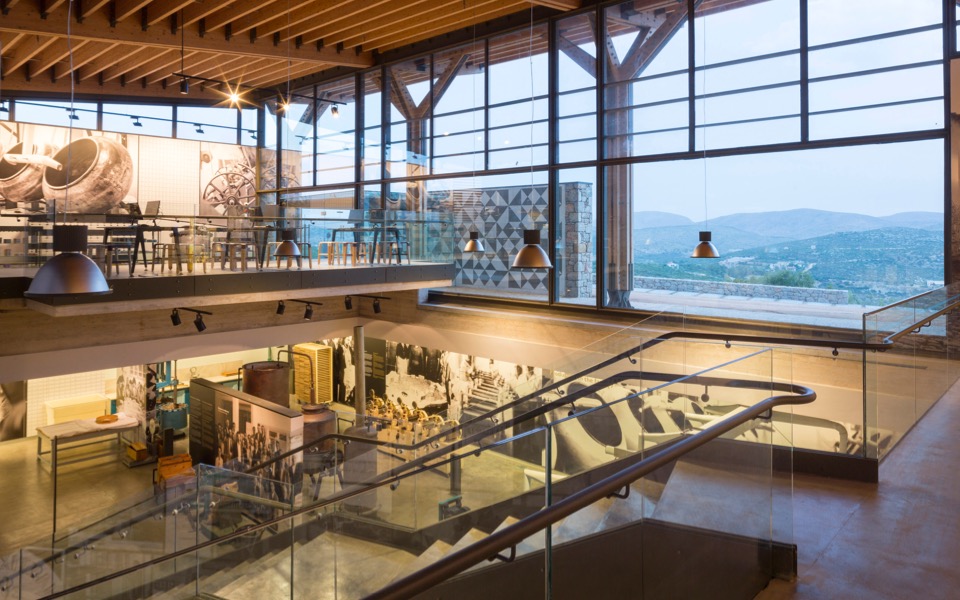 A 25-kilometer drive through flowering Spanish broom, fig and Judas trees – with the faint aroma of mastic gum wafting through the air – brings us to Pyrgi for our first visit to the new Chios Mastic Museum, a wood, stone and glass structure perched atop a hill at Rachi, close to a well-tended mastic grove.

Pyrgi is one of the eastern Aegean island’s famed Mastichochoria, a cluster of medieval villages in southern Chios, the only place in the Mediterranean where a particular kind of tree of the Pistacia genus flourishes. Pistacia lentiscus chia is renowned for its fragrant gum, known in Greek as mastiha. This small tree has survived on the island since ancient times thanks to systematic cultivation and the area’s microclimate.

Individual trees can live up to 100 years. They start yielding gum after about five years and reach full maturity at around 40-50 years. Each tree’s annual yield comes to some 150-180 grams, which is nothing to be sniffed at given that a liter of mastic oil costs about 3,500 euros.

The Chios Mastic Museum is the eighth addition to the Piraeus Bank Group Cultural Foundation’s network of museums dedicated to traditional crafts. At the entrance we hear an audio presentation about the toil that goes into extracting those precious “tears” of gum. The first section of exhibits is dedicated to the tools and craft of the growers. Cultivation begins in May, with the women weaving the branches of the trees from the bottom up and the men responsible for digging and pruning. They spread clay around the base of the trees to capture the gum drops and act as a sealant above the soil. All the workers wear scarves – so they don’t get gum stuck in their hair – and special gloves. A fortnight after the weaving process, they wake up at the crack of dawn to start collecting the gum before the heat of the day makes it soft. The gum is cleaned of any leaves and dirt, and scrubbed with salt and clay. The process may be arduous but it is worthwhile, because the result is a special product used in food, medicine and industry. The craft of producing mastiha was added to UNESCO’s Representative List of the Intangible Cultural Heritage of Humanity in 2014.

Mastic growing has shaped the island’s economy, architecture and its people’s customs. Multimedia and audiovisual material at the museum reveals how it has been a key source of wealth for the island since Byzantine times, when the trees were owned exclusively by the emperor. The right to the product was later handed over to the Venetians and after them the Genoese, who ceded the right of commerce for 20 years to a maona, a medieval association of investors with a shipping company.

In 1566, during the Ottoman occupation, the mastic groves passed to the Sublime Porte, or the central government, and were protected by the valide sultan, or mother of the sultan. Mastic growers wore a white scarf around their necks, just like privileged Turks. The head of each family would pay taxes in mastic to the village’s notables, who would in turn hand it over to the emin, an official in Istanbul. Half of the production was handed over as a tax and the rest was sold for a pittance to an emissary of the sultan. If the farmers wanted any mastic for their own use, they would have to buy it back from him – at double the price.

The resin was highly regarded at the Sublime Porte. It was used in a number of dishes – as seen in a book from 1844 with seven mastic recipes. The majority would be used in the sultan’s harem and whatever remained was sold. Stealing mastic was a serious crime, punishable by seizure of assets, jail, occasionally flogging or maiming, and more rarely, hanging.

The abolition of the mastic tax in 1840 helped free the market and it started being used in the manufacture of byproducts, increasing competition and also paving the way for further commercial exploitation. Merchants were making a profit at the expense of the mastic growers, which led to an impasse. In the late 19th century the selling price plummeted, while a special regulation introduced in the early 20th century limited cultivation to three months of the year. All of the island’s producers signed in favor of the regulation and it was approved by the Turkish authorities. Soon, production rates dropped and the price of mastic doubled.

Chios became incorporated into the Greek state in 1912 but its adoption of national tax laws brought new problems, and up until 1924 the cost of production was higher than the selling price. A law was passed to regulate cultivation in 1938 but the big breakthrough came with the founding that same year of the first Mastic Growers’ Association. The start of World War II found the association still at the teething stage but by the time the war ended it had built up a huge stock of the product and found new openings in the market through innovation in processing.

The association’s original equipment and machinery is on display at the museum, including a massive mixer once used to produce chewing gum. The association manufactures the ELMA brand of chewing gum, which turns 60 this year. In addition, the association also helped farmers with their accounts, took over product packaging, had its own printing press for labels, and published a newspaper.

The museum offers a comprehensive experience: Even the toilets are stocked with mastic-scented soaps and the cafe serves mastic-flavored coffee.

The Chios Mastic Museum, inaugurated on June 11, is an exciting new addition to the Piraeus Bank Group Cultural Foundation’s network of museums celebrating and showcasing age-old crafts, customs and traditions. Its other ventures are the Silk Museum in Soufli, northern Greece, the Museum of Marble Crafts on the Aegean island of Tinos, the Open-Air Water-Power Museum in Dimitsana in the northern Peloponnese, the Museum of the Olive and Greek Olive Oil in Sparta in the southern Peloponnese, the Rooftile and Brickworks Museum in Volos, and the Environment Museum of Stymphalia. In September, it will also open a new facility dedicated to silversmithing in Ioannina.

After decades of excavations, finally a museum for the site of Eleutherna

Means of staying connected – past and present