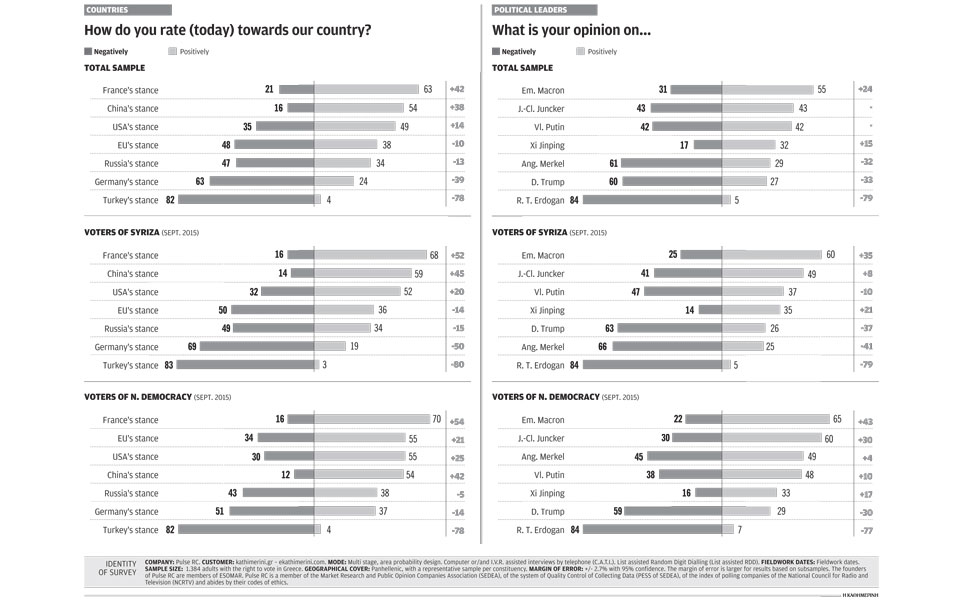 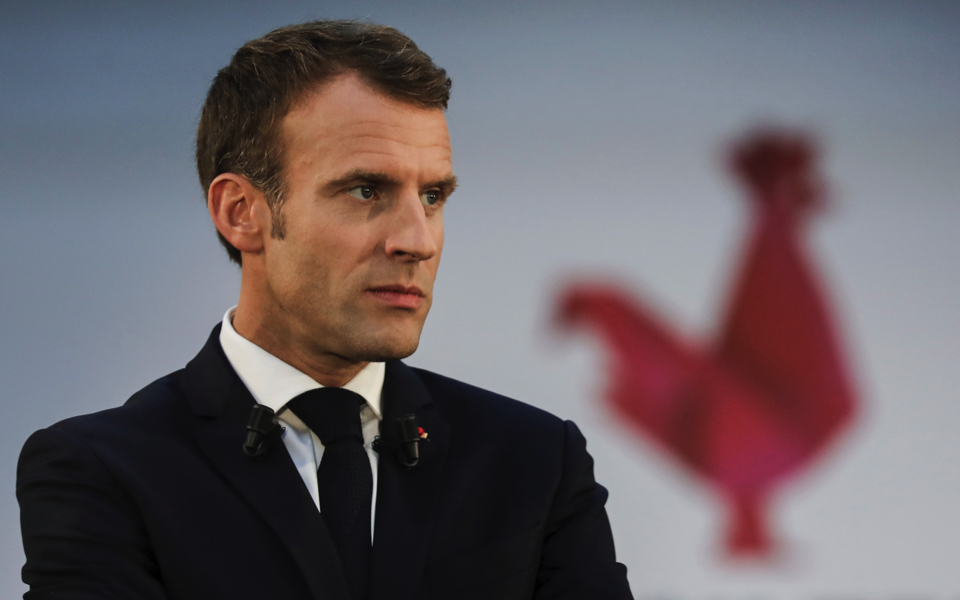 The eclectic mentality of the Greeks, a blend of Western and Eastern cultural characteristics, is illustrated in a Pulse RC opinion poll which found that France and China are the two countries most admired by Greeks, who also look up to French President Emmanuel Macron (55 percent), European Commission chief Jean-Claude Juncker (43 percent) and Russian President Vladimir Putin (42 percent).

Perhaps the admiration of both France and China reveals a desire that their ideal state would combine the former’s liberal democracy with the latter’s global clout.

What is almost certain, though, is that their opinions are influenced by the fact that both countries have systematically expressed support for Greece, as is the case when it comes to the leaders Greeks admire most, and particularly Juncker and Putin.

Macron, meanwhile, appears to be more popular in Greece than he is in his own country, as a survey by the Odoxa institute published in early September showed the French president’s popularity rating at just 29 percent after 71 percent of respondents said they had a negative view of him.

Despite having relatively low recognizability, with just 51 percent of respondents saying they knew his name, the 65-year-old Chinese strongman Xi Jinping reaped positive reviews from one in three Greeks (32 percent).

The third most popular country or organization in the survey was the United States, on 49 percent, though this did not extend to its president, as Donald Trump was viewed positively by just 27 percent of respondents, below German Chancellor Angela Merkel (29 percent), though well above Turkish President Recep Tayyip Erdogan, who was in last place at 5 percent.

There are certain interesting observations here. To begin with, Greek women seem to take a tougher stance toward Germany and the European Union, as they do toward Trump, Merkel and Juncker.

Last but not least, on average, the older the respondent, the more appreciation they expressed for Merkel and Juncker, whose popularity grew from 17 and 22 percent, respectively, among the 17-29 age group, to 45 and 55 percent among the over-60s.

As a result, the ultimate euroskeptics appear to be female SYRIZA voters aged under 30.

Also read: Pulse: US enjoys high ratings, Trump and Erdogan at the bottom of the table

Seven in 10 Greeks against use of ‘Macedonia’ in name solution, poll shows

‘Yes’ camp ahead in FYROM before deal referendum