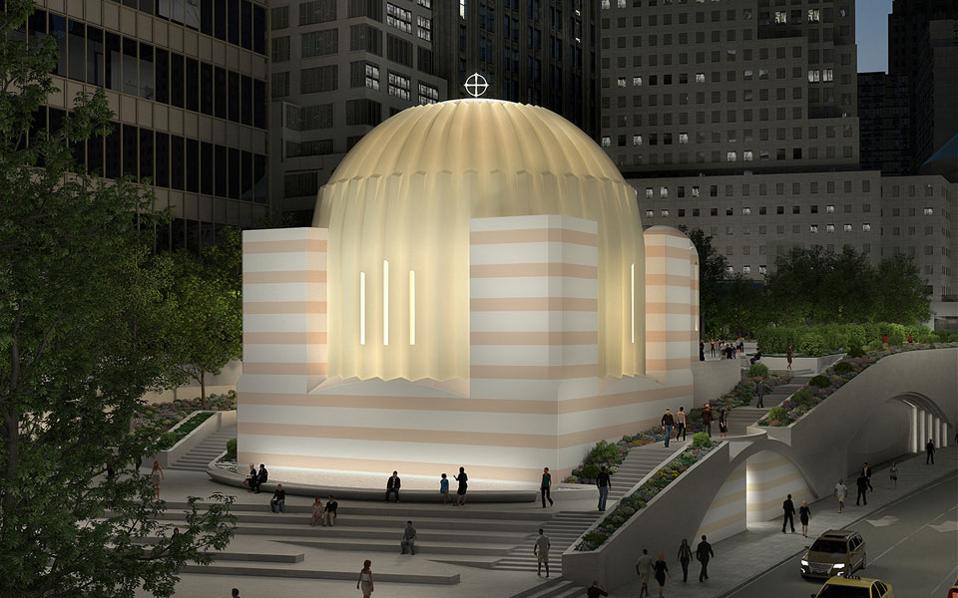 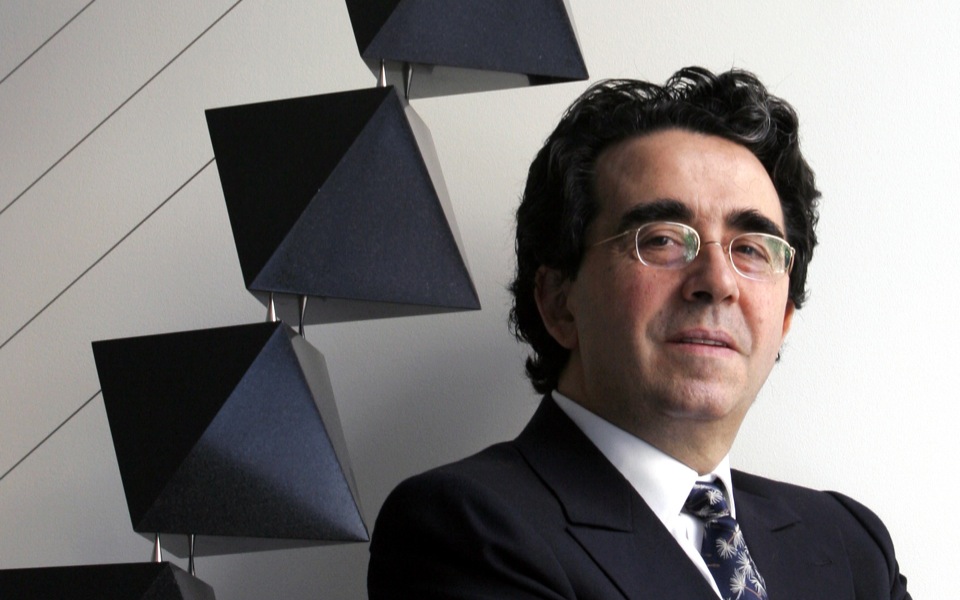 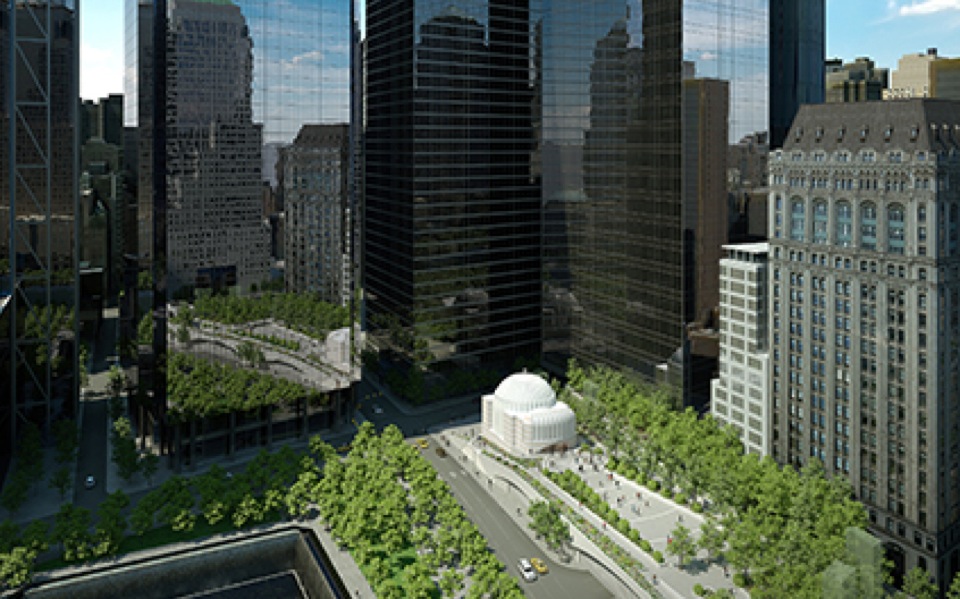 It will be dwarfed by the Manhattan skyline, but it will hardly go unnoticed – particularly at night.

Construction of the Saint Nicholas National Shrine, a Greek Orthodox church and nondenominational bereavement center at Ground Zero, designed by Spanish architect Santiago Calatrava, began in December last year. When the long-stalled project is completed two years from now, it will feature a dome-shaped structure clad in a hi-tech translucent skin of white Vermont marble that will glow softly in the dark.

Calatrava has said that the 35-million-dollar design, which was picked from over a dozen proposals, was inspired by Hagia Sophia and the Church of the Holy Savior – both in Istanbul. Evidence of those influences can be traced at a new exhibition at the Benaki Museum, in central Athens, showcasing sketches, drawings, plans, photographs and audiovisual material from the ongoing project.

“His architectural vocabulary is significantly different here. The slim and refined mechanical structures that look upward toward the sky have here given way to a substantial bulk pushing down in the direction of the surface,” she said.

It is a gleaming, modern design that will, of course, be better evaluated once the monument – and, very crucially, the interior – is completed. But in the case of Saint Nicholas, concept comes before form.

“It will be a beacon of faith, of all faiths. A beacon that will serve as a New York landmark and, at the same time, as a New York boundary with the open sea,” Sgouridi said.

Heavy in symbolism, the only non-secular structure at the site will replace the nondescript 19th-century church – a former tavern – that was destroyed as World Trade Center's South Tower came down in the 9/11 terrorist blitz. No one was inside the building at the time.

The new monument will overlook the 9/11 Memorial, sitting at the intersection of Liberty and Greenwich streets, on land once occupied by the Deutsche Bank Building.

Construction was stalled by marathon negotiations between the Greek Orthodox Archdiocese of America and the Port Authority of New York and New Jersey, until in 2011 an agreement between the two sides broke the deadlock.

For Eric Sessions, a Greek-American doctor who was one of the first responders on 9/11, the rebuilding of St Nicholas Church brings to a close a dark chapter in New York history while offering a great deal of hope.

“For Saint Nicholas, the protector of sailors and those who work with the sea which made New York what it is today, this has particular symbolism. For the Greek community of New York, and for all the Greeks who toiled on the waterfront through the years and whose faith sustained the church, this is a great tribute,” Sessions said.

“As a member of the parish which has hosted the Saint Nicholas church since it's building's destruction in 2001, this is a great victory and a hope for a future of understanding among all nations," he said.

Calatrava, now 64, is also the architect behind Manhattan's World Trade Center Transportation Hub, an awe-inspiring bird-like structure that has been hit by budget overruns and time delays. Calatrava, who is no stranger to controversy, became a household name in Greece ahead of the Athens 2004 Olympics for the design of the much-hyped roof structure over the Olympic Stadium.

In an interview about the project with The New York Times earlier this month, Archbishop Demetrios, leader of the Greek Orthodox Church in America, said that although Calatrava had “done a lot to assist in keeping the budget down,” some overshooting was to be expected.

“We have to have a masterpiece of architecture. It has to be the best,” he said.

The exhibition “Santiago Calatrava: The Renaissance of the Church of St Nicholas at Ground Zero” will be on display at the Benaki Museum's (www.benaki.gr) main building in central Athens from September 24 to October 25.

Refugees wary of winter closing crossings from Turkey into Greece

Driverless bus on the way in Trikala