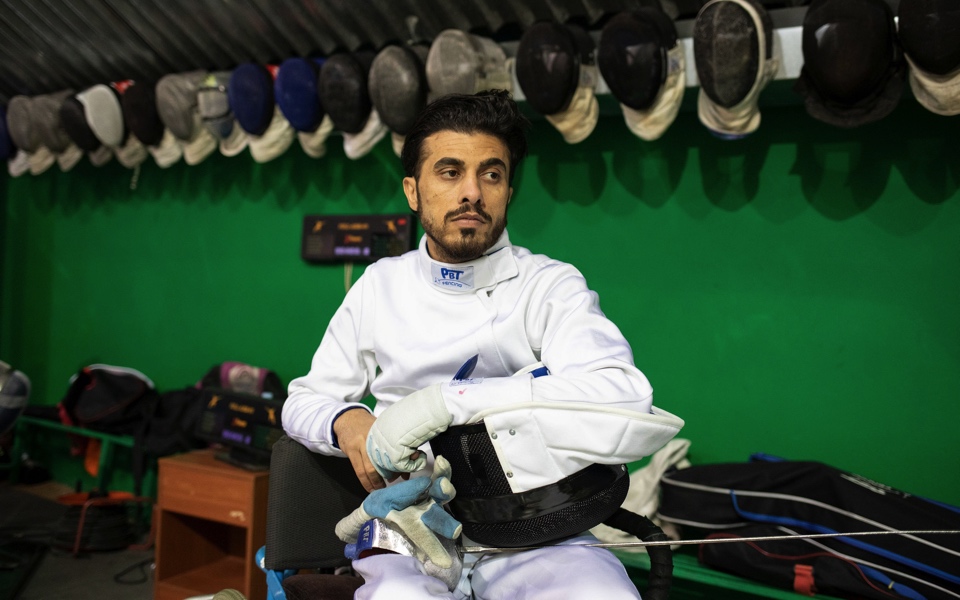 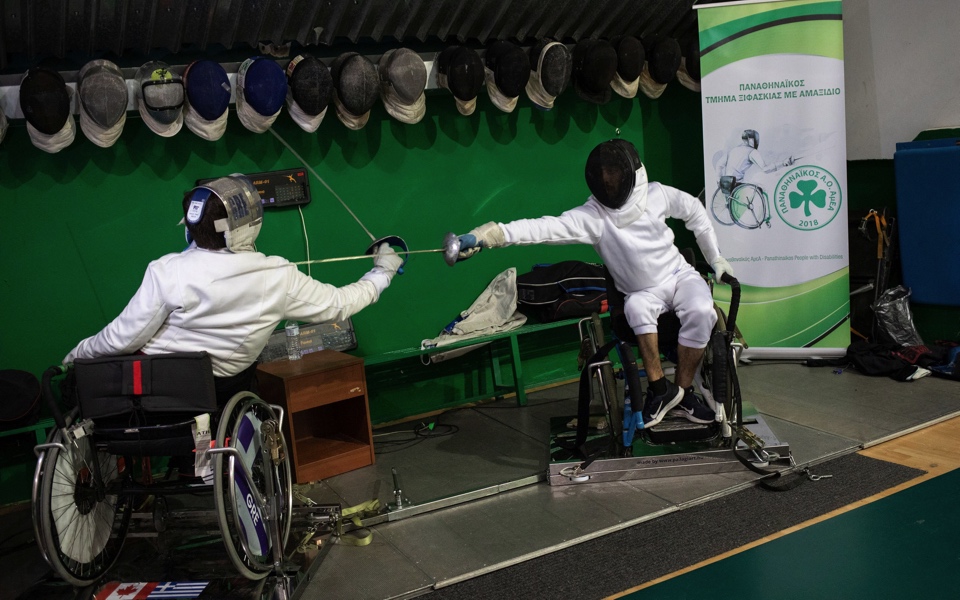 On his fifth attempt, Iraqi refugee Wisam Sami finally succeeded in reaching Greece with thousands of others fleeing war in his homeland. Now he is setting his sights on the Paralympics.

Four years after reaching Greece on a journey that took him from war-torn Mosul to Athens via Turkey, Sami is hoping to bag a spot to compete in fencing at Tokyo 2020.

Sami, who was left with a permanent limp in his right leg after a medical mistake at an Iraqi hospital when he was three, has spent the past two years training to be a wheelchair fencer.

He has competed internationally this year and is now hopeful he could be selected. The Paralympics, as well as the Olympics, have had a refugees team since the Rio Games in 2016.

“I am just following my dreams,” Sami told Reuters.

Sami spent six months living in a tent in a refugee camp on the island of Samos before moving to the mainland with support from the UN refugee agency UNHCR.

A project by Greece’s Paralympic Committee for refugees caught Sami's eye in 2017 and since then he has been developing his sabre skills at a gym.

“It gives me more excitement and I feel more strong,” said Sami, who used to work as a photographic designer in Mosul.

Sami’s coach Leonidas Koukos, who is also aide to the head coach of the Greek Paralympic team, said that as a player, Sami, 29, was quick and determined.

“He was watching the movement the opponent was making and the next exact moment he was making the counter movement,” said Koukos. “This is very, very good. This is his best skill.”

Sami competed in the International Wheelchair and Amputee Sports Federation Wheelchair fencing world cup in Warsaw in July and there are plans for him to compete in Italy and Hungary to give him additional exposure to competitions.

The International Paralympic Committee gives wild cards to refugees to compete in a refugee team under the IPC flag.

“If I train more this helps me go to Tokyo,” Sami said. “This is the best moment for me.”

Families escape from Turkey, but at what cost?

‘A storm is coming’: One migrant family’s bid to reach Europe