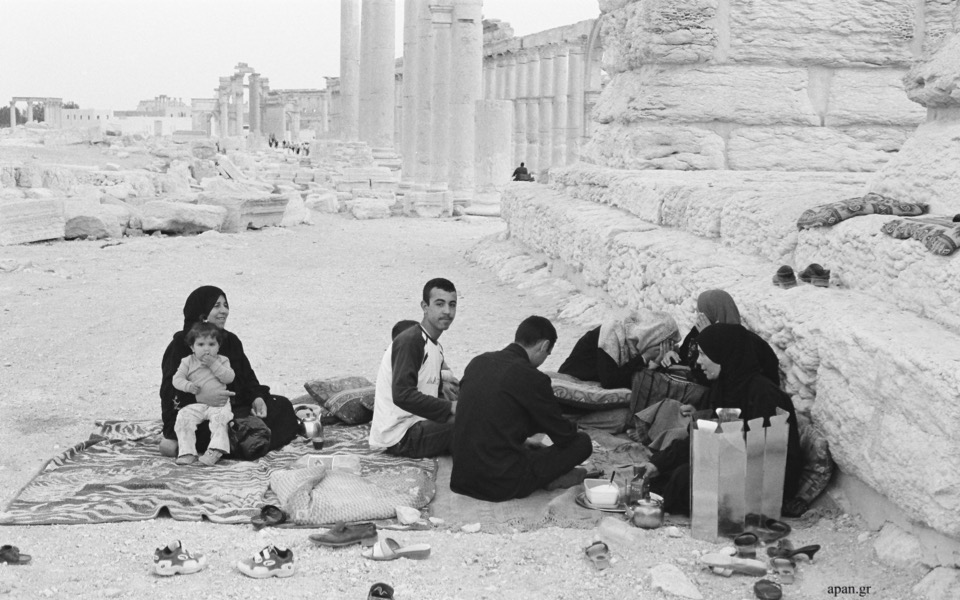 A family picnic among the ruins of Palmyra and a man going about his business in Aleppo are scenes that have been extinguished by war in Syria. 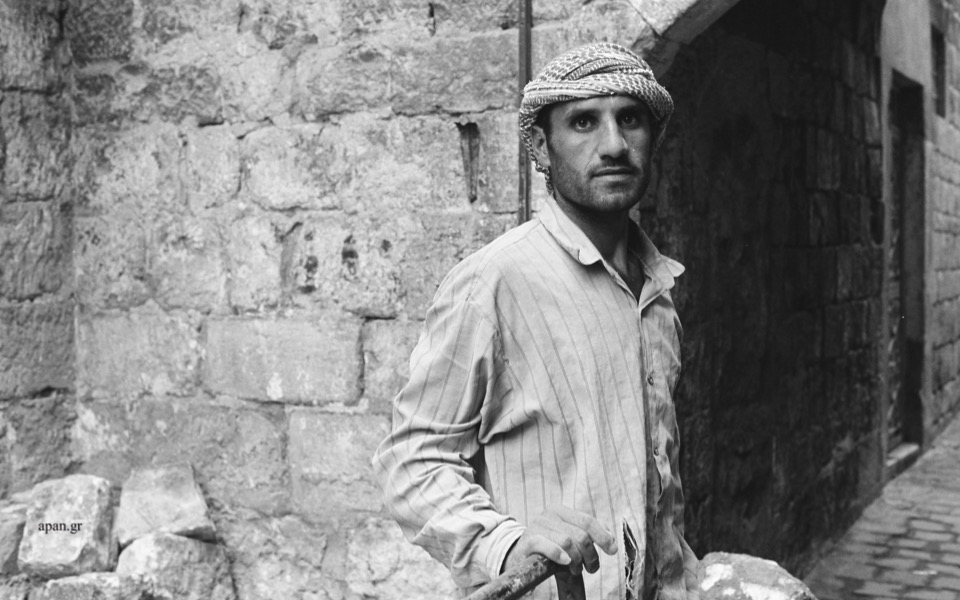 Anyone who visited Syria before the devastating war that has claimed hundreds of thousands of lives and massive losses in cultural heritage, will be able to understand the need for an exhibition like that currently on at the Volos City Museum in central Greece.

The photography exhibition, titled “The Syria I Loved,” has been put together by the Panorama cultural society as a tribute to a land that has hosted some of the world’s greatest civilizations and as a means to fight widespread ignorance about this Middle Eastern nation.

Since she first traveled to Syria in the 1970s, guide, historian and writer Marianna Koromila has often returned to the country both as a traveler and a tour guide. She knows Syria – which she calls her second home – as well as any foreigner can.

Koromila says that Greeks are a “integral element of the Syrian identity” and anyone fortunate to have visited the country before the war will likely agree with that description.

“Perhaps also with the help of Cavafy, in Syria I began to realize the influence of the Hellenistic world; the impact that the vision of Alexander the Great – materialized by Seleucus I Nicator – had on the East,” Koromila says.

“They ushered in a millennium that was influenced by Hellenism and which changed the character of the Near East – an area stretching from the Mediterranean to the Euphrates River,” she says.

The notion, as presented by Koromila, is a profoundly moving one.

“It was hard to realize what people who had never heard of the Parthenon or the Golden Age of Pericles saw in me; what that word ‘Rum’ [Romioi or Greeks] meant to them,” she says.

She came across a traditional society, still unaffected by the advent of tourism and consumerism, nurtured by the tales passed down by grandmothers from generation to generation.

“People were pointing to Justinian-era wells and reservoirs in the desert and gesturing in appreciation, uttering the word ‘Rum,’ as if these had been built by one of my kind,” Koromila says.

“Roads, bridges, reservoirs and fortified monasteries that oversee mountainous paths to this day, gates, markets, so much was made by Rum. I had to revise many of my theories to come to terms with what ‘we’ are and what I was to them,” she says.

“No one had realized that Christianity had survived for 14 centuries in an Islamic state environment. It’s hard to imagine that after driving from the airport to Damascus you will see the Gate of Apostle Paul (better known as the Gate of Damascus, the equivalent of Hadrian’s Arch in Athens) with two huge Christograms, while not far from there lies the Greek Orthodox Patriarchate of Antioch, which was moved from the old capital of Syria to medieval Damascus in the 14th century,” she says.

The exhibition, which runs through October 29, comprises photographs by Doukas Doukas, Giorgos Kostopoulos, Panayiotis Panayiotou and Theofilos Prodromou. They were taken during trips to Syria in 1999, 2008 and 2009, and Lesvos in 2015.

Years of storage lend nuance to collection of images

Sailing the seas of Costas Tsoclis at Tinos museum