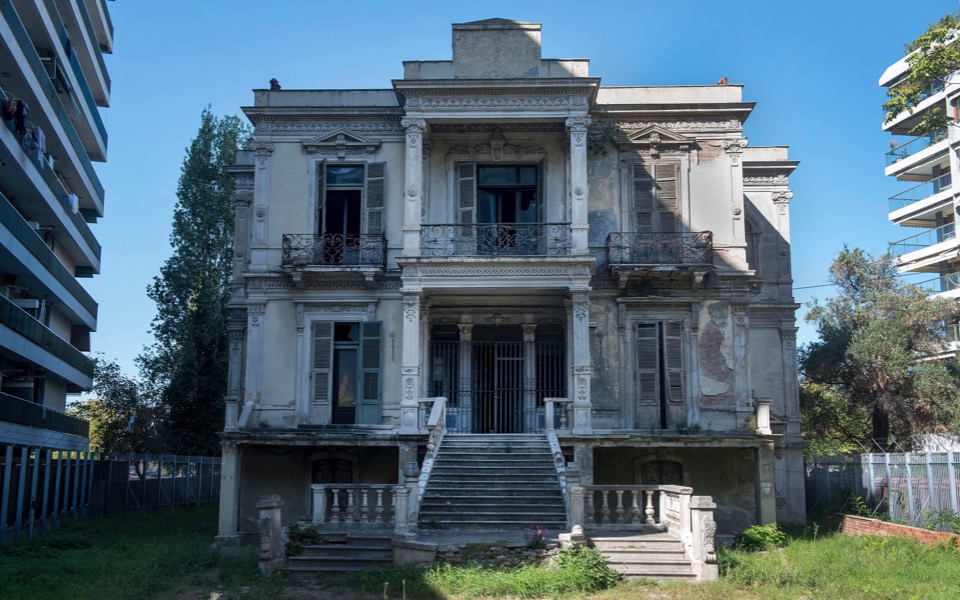 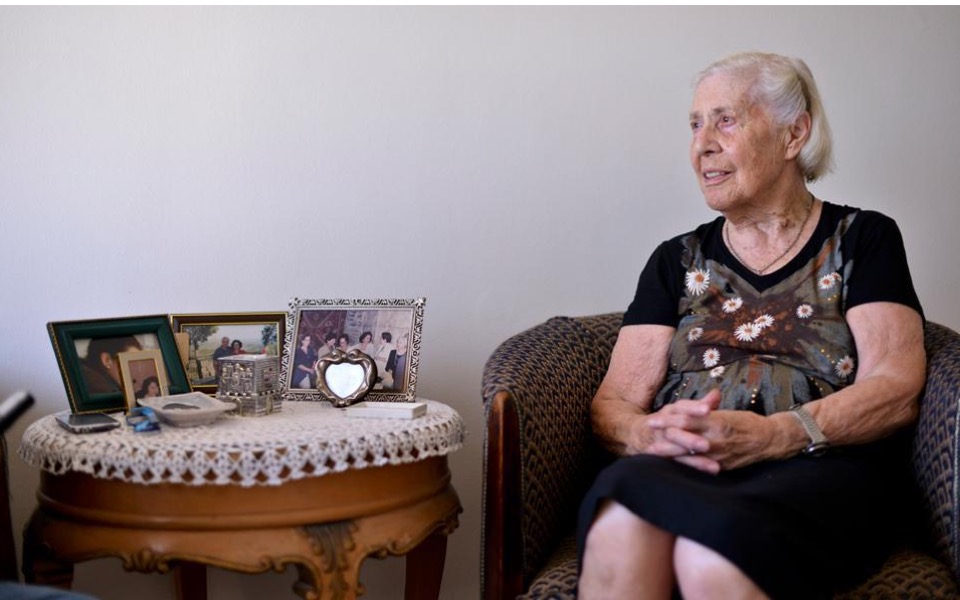 For Drita Djomo, 96, news that the Salem Mansion was being sold was bitter like poison, but she would rather see the building torn down than watch it slowly fall apart from her apartment across the street on Vasilissis Olgas Avenue in Thessaloniki.
Stavros Tzimas
December 16, 2017 16.12.2017 • 14:13

“They’re selling it? Ah, this brings back memories…” Silence followed. “They are doing the right thing, given the state it is in. They had just left it to rot.” Drita Djomo, aged 96, had trouble hiding how moved she was. News that the Salem Mansion was being sold was bitter like poison, but she would rather see the building torn down than watch it slowly fall apart from her apartment across the street on Vasilissis Olgas Avenue in Thessaloniki. This three-floor architectural gem might not have belonged to her family, but the basement was the setting of some of the greatest stories of bravery and humanity during the German occupation of the northern port city, and Djomo herself played a role in those stories.

The Salem Mansion, where the Italian Consulate was located, became a “building of salvation” for many Jews in Thessaloniki. It was there that Djomo, under instructions from the Italian consul general at the time, Guelfo Zamboni, would create falsified documents for Greek Jews, claiming they were of Italian heritage and helping them avoid being sent to the Auschwitz concentration camp. Thanks to this operation, many lives were saved.

Today Djomo is one of the few surviving witnesses of one of the brightest moments of humanity and resistance seen during the German occupation. Speaking to Kathimerini, she shared memories of the danger she put herself in with her actions. Our interview was prompted by a recent discussion in the Italian Parliament, where Democratic Party MP Alessio Tacconi suggested that the Ministry of Foreign Affairs sell the historic building, due to its inability to maintain it.

At age 19, Djomo, a law student with an Italian mother and a Greek father, had been hired as an interpreter at the Italian Consulate, where Zamboni was her superior.

“With instructions from the consul I would falsify the papers and he would sign off on them. He was a very good man, he had no interest in Mussolini’s fascism, and he helped many Jews,” she told us. Djomo’s “papers” were a kind of “ausweis” (identification) – fake, but with which Greek Jews appeared to have Italian ancestry. The ausweis was a ticket to salvation for holders: Showing it allowed them to get out the ghetto, leave Thessaloniki and enter areas occupied by the Italians (mainly Athens), escaping the journey to the death camps.

In this “hideout of hope” that Zamboni had created under the noses of the executioners of the Jews in Thessaloniki, Alois Brunner and Dieter Wisliceny, Djomo was an important cog in the machine. “Everything would happen in absolute secrecy. The consul would never talk about what we were doing. Each of us knew our job. The man with the connections to incarcerated Greek Jews in the ghetto was Lucillo Merci, an Italian officer who worked as a German-Italian interpreter. We would make documents claiming that they had an Italian grandmother or something like that. Merci would then take them by car to the town of Plati in Imathia where the last German control checkpoint was and enter the areas occupied by Italy…”

Asked whether the Germans had realized what the Italian consul was up to she said, “Yes, the Germans suspected it, but it was hard to prove that the documents were not authentic.” When the large-scale deportation of Jews to Auschwitz by train began in March of 1943, activities at the Salem Mansion intensified under the guidance of Giuseppe Castruccio, Zamboni’s replacement after he returned to Rome. As mentioned by professor of political science Andreas Bouroutis in his book “Holocaust and Trauma: The Jewish Students of Umberto Primo,” in early June 1943, while the trains left one after another for the German extermination camps, Italian diplomats were able to organize transport to save 322 Jews, 92 of whom had been given Italian citizenship at the very last minute.

The Italian train was supposed to depart on Wednesday, July 14, and after many delays and obstacles thrown up by the Germans over the course of 14 hours, departed on July 15, just after midnight. Two days later it arrived in Athens. The passengers found places to stay around the capital, with some already seeking ways to hide or flee abroad. At the same time, many began the grueling attempt to find out what had happened to their relatives sent north. They begged the Italian Embassy in Athens and the Italian Consulate in Thessaloniki to mediate so that they could find out whether their loved ones were still alive.

The passengers of the Italian train were free only temporarily. In early September 1943 Italy signed an armistice and surrendered to the Allies. In a telegram to the Italian authorities the consul Castruccio summarized the Jewish tragedy in a few words. “On August 14 the last train with Jews left Thessaloniki headed for Germany. On the 15th the SS officers left via plane. The Jewish community that existed before the discovery of America does not exist anymore…”

What happened to the protagonists of this breathtaking story who traveled around the world after the end of the Second World War? Zamboni survived and continued to work as a diplomat. In 1992, he was awarded by the state of Israel for his services with the title of “Righteous among the Nations.” Djomo had another journey ahead of her. When the situation deteriorated further and the Germans began to kill indiscriminately, her father decided to take his family and secretly leave Thessaloniki. They chose to go to Albania. They couldn’t have known that escaping the Germans would mean living under Enver Hoxha’s regime.

When communism collapsed in Albania a few years after Hoxha’s death, Djomo returned to Thessaloniki with her children. “Nothing, aside from the beach, reminded me of the city I once knew…”

‘This is not a life,’ say migrants stranded on Greek islands

The Icarian schoolboy who watched the night skies for NASA

An intrepid retiree takes on the high seas of the Atlantic

The women of Golden Dawn