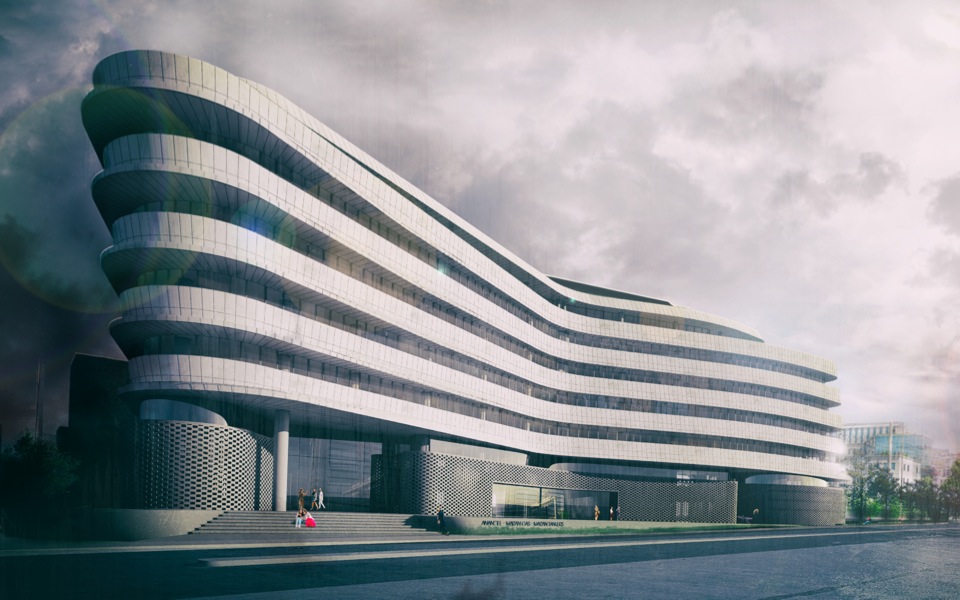 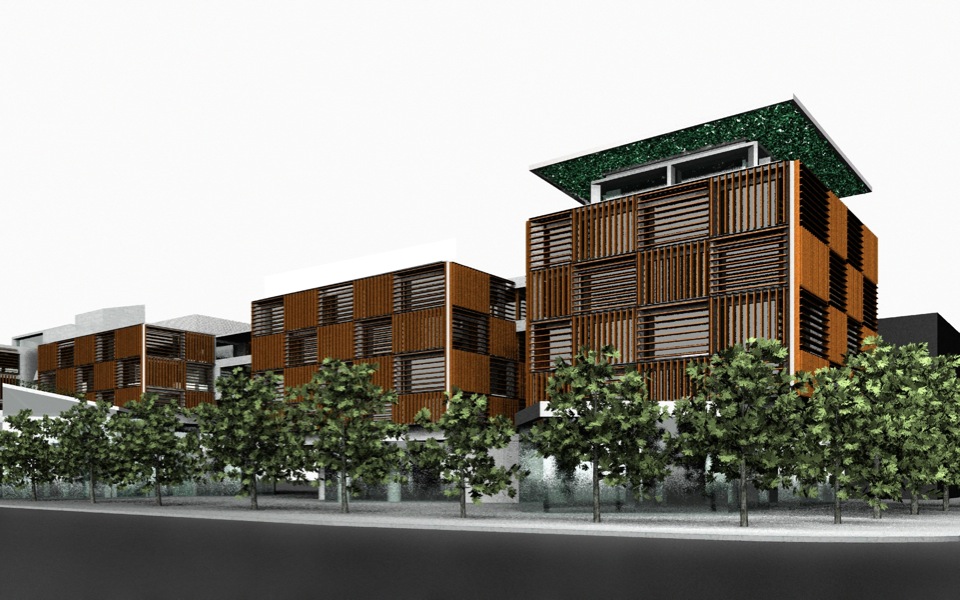 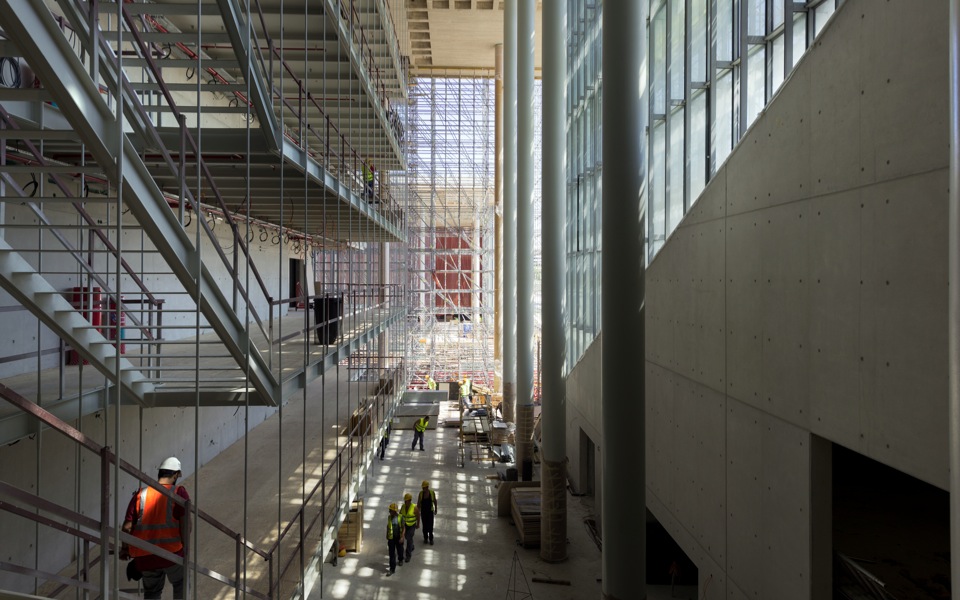 As construction continues to slump, the prevalent impression is that all building activity has come grinding to a halt. Yet this is only one side of the coin and mainly concerns private projects. According to data from the Hellenic Statistical Authority (ELSTAT), construction activity (measured by the number of permits issued) throughout the country dropped by 63.47 percent in the period from 2011 to 2014. Attica has been hit hardest by the economic crisis, with construction nosediving 73.10 percent, while the greatest losses have been seen in the residential property market. Up until the start of the crisis, 75 percent of investments in construction went toward residential property. In the third quarter of 2014, this had shrunk to 31 percent, with losses of 23.29 billion euros.

This is the “big picture” as a walk around any neighborhood in the Greek capital will attest. But there are also the shining exceptions, projects that were started well before the crisis or that defied the circumstances and forged ahead. The most important similarity between these projects is that they have progressed enough so they are no longer at risk of remaining on paper. And, irrespective of their scale, they are all important, if only on a symbolic level because they create a sense that something is happening, that there is movement in the works.

The indisputable champion of the ongoing projects is the Stavros Niarchos Foundation Cultural Center (SNFCC) at Neo Faliro on Athens’s southern coast. The completion of the so-called canopy, an elegant cover soaring above what is soon to be the new premises of the National Library and Greek National Opera, signals the start of the countdown to mid-2016, when the biggest urban revamp in Athens’s modern history is due to be completed. For architect Renzo Piano, who is making his Athenian debut with this project, the symbolic and technical significance of the canopy was huge. The innovative use of ferrocement (consisting of layers of wire mesh and cement mortar) also signals a major technical achievement on an international level. The canopy stands on 30 columns and will be covered with photovoltaic solar panels.

As far as the rest of the project is concerned, progress on the library and opera house has reached 75 percent. A large part of the surrounding park is also ready, while the focus will from now on be on the eastern part of the plot, where the utility channels will be placed.

The SNFCC is expected to be unveiled in the first quarter of 2017.

What most Athenians know as the Interamerican insurance company complex on Kifissias Avenue in the northern suburb of Maroussi has been covered in green tarpaulin over the past few months, but in the first quarter of 2016, the Greek capital’s first true “green” building will be unveiled. The project is a strategic investment by Grivalia Properties, a leading global property investment firm and owner of the building, and the first of 86 properties selected to be revamped and submitted for Leadership in Energy & Environmental Design (LEED) certification, which is awarded to architectural projects that employ the tenets of sustainable design and construction. The work on the Green Plaza includes, among others, the creation of shaded areas outside, a full landscaping revamp, “green” rooms, reinforced insulation, replacement of all window and door casings, new low-energy consumption air-conditioning systems and the installation of LED lighting in all common-use areas. This is expected to be the first building in Greece to receive LEED certification for Core & Shell, a special category reserved for buildings that will be leased.

The massive construction site on Doiranis Street in Kallithea, near the Onassis Cardiac Surgery Center, just off busy Syngrou Avenue, is already turning heads. Of course given the quiet in the sector the sound of construction alone is enough to draw attention.

The building has been designed by Rena Sakellaridou from the firm Sparch Architects, which won first prize in the competition for the project in 2012.

“This particular building,” she recalls, “began as an idea that gradually grew into an architectural composition inspired by a sea voyage. A sea voyage is about a destination, a horizon, heading in one direction. So the concept was born out of this gesture, without any intention of rendering a visual reference. But, working with a flexible, nonfinite form, the building, despite its size, appears to be floating. It looks like it is moving through a fluid environment, be it air or sea. Whether it ends up bringing to mind a ship was certainly not a conscious choice during the design process.”

Very few of the hundreds of Athenians that make their way every day along Eratosthenous Street, next to the historic Panathenaic Stadium in the downtown neighborhood of Pangrati, know that the construction site behind the quietly elegant facade of a preserved 1920 mansion is being turned into one of the capital’s most promising new museums. On this rather small plot adjacent to the Church of Aghios Spyridonas, a major adventure is gradually coming to an end and a new space is poised to be opened to house the masterpieces – including pieces by Picasso, Giacometti, Miro and Monet among many others – in the collection of Basil and Elise Goulandris.

Designed by the Vikelas firm, the new museum maximizes the neoclassical-style facade of the old building and consists of 10 stories behind it (five are below street level). The heart of the new museum, which is scheduled for completion in February 2017, will be on the first and second floor, where the biggest names of the collection will be put on display.

Homage to female artists at the Frissiras Museum