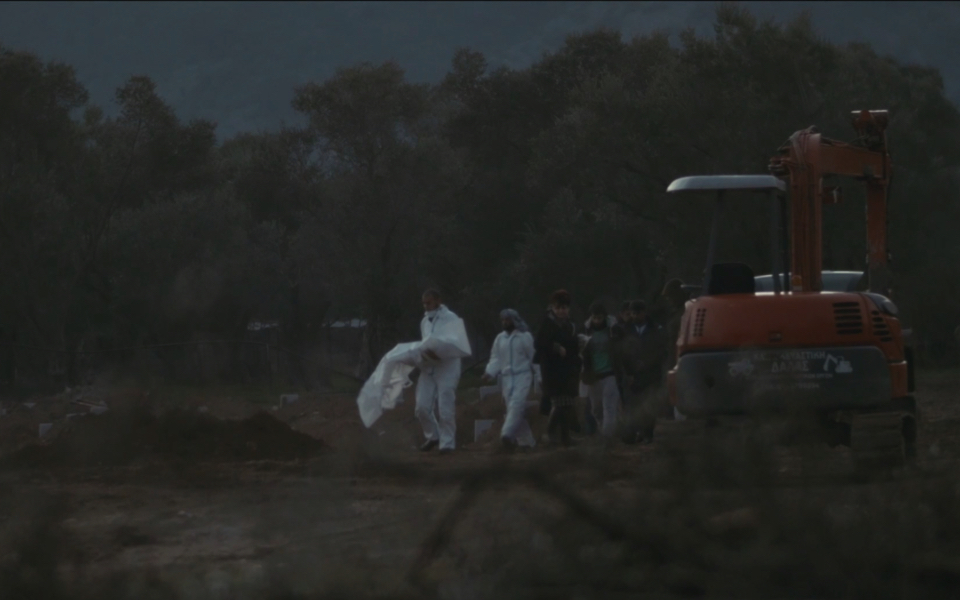 Hundreds have died making the short but precarious crossing from Turkey to the shores of Greek islands in flimsy and unseaworthy boats. 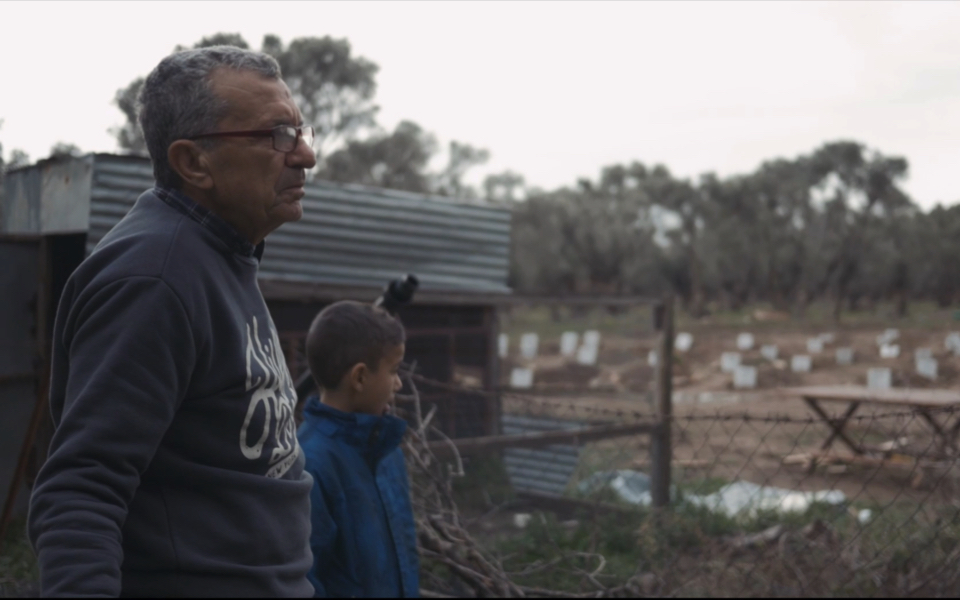 The director hopes that intimate, first-hand testimonies have the power to challenge people’s ingrained misconceptions about the refugee crisis.
Harry van Versendaal
March 3, 2018 03.03.2018 • 10:26

It’s late winter 2016, at a makeshift cemetery for Muslim migrants on Lesvos, less than 10 nautical miles off the Turkish coast. An imam in a white hazmat suit reads a prayer as a 3-year-old girl who died of meningitis shortly after landing on the eastern Aegean island is laid to rest. A red excavator is on standby to cover her grave after the end of the short ritual.

“Logic has disappeared from this world,” says Dimitris, a local man, as he prunes the olive trees in his property right next to the burial site.

Europe’s refugee crisis has produced a rich, if uneven, crop of documentaries that promise to go beyond the voluminous albeit often superficial media coverage. “Citizen Xenos,” an independent full feature shot by promising 28-year-old Athens-based director Lucas Paleocrassas, may be short on data or sweeping revelations, but is big in directness and unprocessed emotion.

“We wanted to veer off the cliche themes that have recurred in so many other films about the issue,” Paleocrassas told Kathimerini English Edition about his movie which will screen at this year’s Thessaloniki Documentary Festival.

Whether it’s the refugee family trying to put down roots on the island, the elderly woman and her granddaughter seeking family reunification in Germany, the Syrian-born activist catering for vulnerable newcomers, the teenage victim of jihadi persecution, or even the globe-trotting Dutch mercenary working as a security manager at a migrant facility, the existential condition remains the same: All feel unwanted outsiders, “xenoi.”

“The refugee crisis is the setting, but I want to focus on the characters. I am interested in the alienation of these people, in what they are going through, in how they grapple with the challenges of relocation and social integration,” Paleocrassas said.

Apart from exposing the refugee drama, the director hopes that such intimate, first-hand testimonies have the power to challenge people’s ingrained misconceptions about the situation.

“The testimonies are just too direct. It’s just not possible to stick to your sweet little narrative,” Paleocrassas said.

An estimated 1 million people fleeing Syria, Afghanistan, Iraq and other countries wrecked by war and poverty in the Middle East and Africa have poured into Greece in recent years in hope of moving to Northern Europe. More than 50,000 migrants and refugees remain stranded on the Aegean islands after the Europeans took action to halt the flow.

While shooting on Lesvos, the main entry point to Europe for migrants, the filmmaker spent considerable time at the notorious reception and processing center at Moria.

“Moria-by-night was a dystopian spectacle,” he says of the so-called hotspot which has reportedly degenerated into a breeding ground for criminal activity including human smuggling, drug trafficking and prostitution.

Paleocrassas witnessed the limitations of a dysfunctional state apparatus but also the commitment and generosity of small humanitarian groups and volunteers seeking to fill in the gaps. With the official structures of debt-wracked Greece bursting at the seams, refugees have often relied on the kindness of strangers.

With time, he also saw compassion fatigue set in. “In the beginning, people were handing out food, clothes and medical aid. They housed people in spare bedrooms. But as the problems remain unsolved, their patience is wearing thin. These days, you can see people guarding their chicken coops with rifles,” he said.

Produced by Valia Charalampidou, the film was made with help from Wemakeit, a Swiss-based crowdfunding platform. Shot mostly over 2015 and 2016, it ends with footage of trapped refugees at the now-defunct camp near the village of Idomeni on Greece’s northern border following the shutdown of the so-called Balkan route. The sprawling tent city became a symbol of human suffering and policy failure.

“How can you imagine they will smile when they see the white man in Europe?” asks the Dutch security officer struggling to impose some order on the chaos. “The wolf will come one time, and he will bite you.”

“Citizen Xenos” will be screened at the Tonia Marketaki Theater on Monday 8 p.m. and on Tuesday at 12.45 p.m.